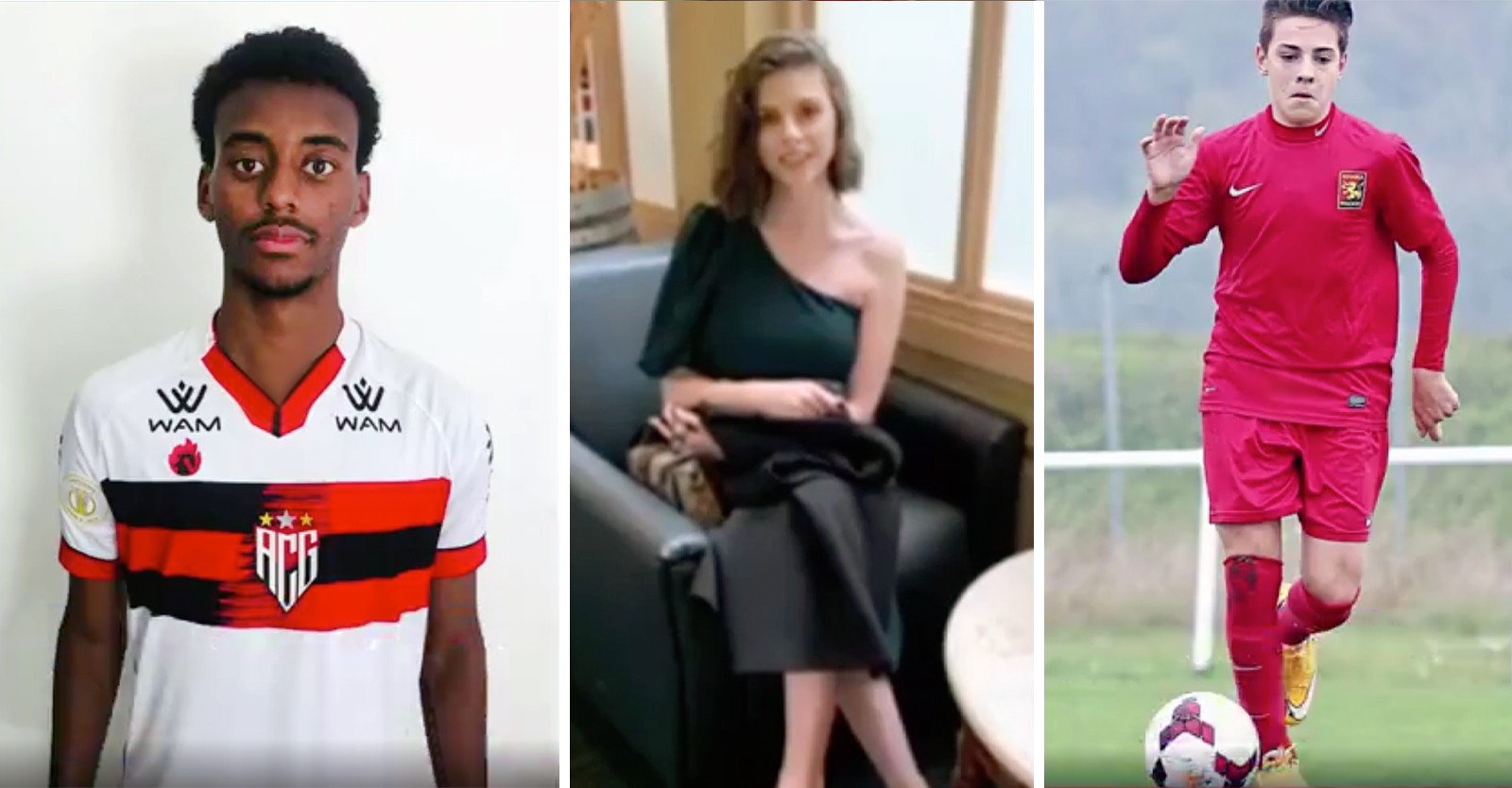 “These are real people with real stories to share, and the more people who see them, the more awareness can grow to provide those who survived with the help and medical care they deserve — while warning others of the potentially deadly consequences of COVID-19 injections.”

Despite assurances of safety from health officials, it’s what the long-term effects of COVID-19 shots will be that come to question. Spike proteins from the shots can circulate in your body after injection, causing damage to cells, tissues and organs.

Experimental and observational evidence show that the human immune response to COVID-19 shots is very different than the response induced by exposure to SARS-CoV-2, and people who’ve received COVID-19 shots may have damage to their innate immune system that’s leading to a form of vaccine acquired immunodeficiency syndrome, due to the impairment in interferon signaling.

Further, likely due to monocyte activation by the spike protein from the vaccine, some people who have received COVID-19 shots experience a range of debilitating symptoms similar to those found in long haul COVID-19 syndrome, such as headaches, fatigue, cognitive dysfunction, joint pain and chest pain.

For some, however, the shot’s adverse effects occur quickly, resulting in life-changing debilitation. You can see 10 powerful examples below, ranging from deaths to lives upended due to illogical quarantine rules that illustrate the absurdity of COVID-19 tyranny.

These are real people with real stories to share, and the more people who see them, the more awareness can grow to provide those who survived with the help and medical care they deserve — while warning others of the potentially deadly consequences of COVID-19 injections.

Ashby was forced to get a COVID-19 shot by Dec. 3, 2021, or his employer would consider him “voluntarily resigned.” Eight days after receiving the Pfizer jab, he had a major hemorrhagic stroke.

He’s been in rehab since October 2021, suffering from complete paralysis on the left side of his body. He still has a long way to go in recovery, and still can’t feel or use his left arm or walk without assistance.

His rehab is excruciatingly painful, he says, and he spends up to six hours a day learning how to walk again.

What’s worse, his employer isn’t covering the medical bills for the costs of this stroke. “My life has been totally changed, all because of the vaccine mandate … my old life is dead,” he says, “and I have started my new life as a paraplegic.”

Healthy athletes around the world are dying of heart attacks and strokes. The numbers are exploding, with athletes suffering neurological problems, too.

What’s happened in the last six months to a year that’s different? Is there anything in common that’s changed that hooks all these athletes together? They all have had COVID-19 shots. Among them:

Dr. Neil Singh Dhalla fell asleep four days after he got a COVID-19 booster shot — and died from a heart attack. The autopsy stated myocarditis — inflammation of the heart muscle that’s a recognized adverse effect of mRNA COVID-19 shots. A CEO of a major health clinic, he was only 48 years old and had never had heart problems in his life.

A happy, healthy 16-year-old girl in Australia who got the Pfizer COVID-19 shot is now crippled with convulsions, persistent nausea and visible tics. The problems began three days after her second shot and have been ongoing for months.

Health officials actually admitted “there is no question Faith has had a delayed reaction to the second Pfizer vaccination” and is suffering adverse reactions from the shot. Her story even made it to mainstream news.

5. Nurse with COVID told to go back to work

In this video, a “triple vaxxed” nurse from New York explains how she tested positive for COVID-19, and her employer told her to come back to work even though she hadn’t been in quarantine for five days — against CDC recommendations.

Since she was asymptomatic, she was cleared to go to back to work in a health care setting, but told she still had to quarantine in all other aspects of her life. In short, she can go to work to care for patients while actively positive for COVID-19, but she can’t go to a grocery store or a gas station.

Not to mention, her kids were quarantined for 10 days, but she was expected to go back to work in less than five.

6. Stroke-like symptoms in a healthy woman

Complaints of neurological problems and stroke-like reactions continue to pile up. Immediately after receiving the AstraZeneca COVID-19 shot, this previously healthy woman experienced headaches and dizziness and blacked out “a few times.”

Within days, she started experiencing numbness to the point that she couldn’t stand up. Eight days later, she’s in the hospital with loss of feeling in her left arm, left leg and face. She states that 19 women were brought in to her hospital ward with the same symptoms over the span of one weekend.

7. Two teenage boys die from myocarditis in their sleep

Note: Video may not work on all browsers

Epidemiologists have confirmed that two teenage boys from different U.S. states died in their sleep of myocarditis days after getting the Pfizer shot. Both had received second doses of the shot, and McCullough said that in his view, the shots led to the deaths of the teenagers.

In a study that examined the autopsy findings, it’s reported that the “myocarditis” described in the boys’ deaths is “not typical myocarditis pathology”:

“The myocardial injury seen in these post-vaccine hearts is different from typical myocarditis and has an appearance most closely resembling a catecholamine-mediated stress (toxic) cardiomyopathy. Understanding that these instances are different from typical myocarditis and that cytokine storm has a known feedback loop with catecholamines may help guide screening and therapy.”

A 59-year-old front-line health care worker in the U.K. took the COVID-19 shot and died a few hours later. In the video, her acquaintance states:

“Now I know it’s a given the vaccine’s going to have some casualties — but people are threatened they are going to lose their jobs if they don’t take it … You have the right to take that risk, but you should have the right to refuse it as well — without jeopardizing your job or your freedom of entry or freedom from discrimination.”

Note: Video may not work on all browsers

The man in this video describes himself as a believer in “science” and a “vaccine advocate,” but this didn’t spare him from the shot’s adverse effects. Five days after his first Pfizer COVID-19 shot, he started having blurry vision in his left eye. Within three days, he had lost 60% of his vision in that eye.

After several medical examinations, doctors, optometrists and retina specialists diagnosed him with central serous retinopathy (CSR), in which a small vein ruptured, leading fluid to accumulate under the retina, causing retinal detachment and partial blindness.

Other cases of CSR have also been reported following COVID-19 shots, he says, and in a case report published in the American Journal of Ophthalmology it’s stated, “Acute CSR may be temporally associated with mRNA Covid-19 immunization.”

The man’s doctor told him that the risk of getting additional COVID-19 shots outweighs the potential benefit for him and tried to help him get an official exemption from further shots, but it was denied. He states:

“I have been deprived of my human rights as a citizen … I try to gather all my strength so many times during the past few months to just go and receive my second dose in order to follow the laws.

“But the fact that the science says there is an above-average chance that I may lose more of my sight has driven me to anxiety attacks, night terrors and disabling depression … This is a direct violation of my constitutional rights as a citizen and a human being.”

Caution: This video contains language that may offend some people

Beginning her story by stressing she is NOT anti-vaccine or pro-conspiracy theory, this young woman describes what happened to her after she received a Moderna COVID-19 shot, which she decided to get so she and her husband could join some friends on a cruise.

The day after the shot she started feeling “weird,” delirious and “disassociated from herself,” she says. Soon after, she blacked out in the bathroom, and when her husband tried to revive her, she began seizing. She had three seizures between the time her husband called 911 and when the ambulance got her to the hospital.

She was intubated and suffered other severe effects, she says. She spent days in the hospital and is now taking anti-seizure medication, while living with ongoing anxiety about her near-death experience, which she believes was caused by the shot.

“Go out there and do your research so you can make an informed decision,” she says. “Because you don’t want to put something in your body that could potentially harm you.”

Let your voice be heard

If you or a loved one has been injured by a COVID-19 shot, I will help you share your testimony. Vaccine mandates have led to injuries, devastation and deaths — while the brainwashing “get your vaccine now” campaign is being used to divide and conquer.

One spark is all that is required to start a fire. There is a revolution building — a revolution for freedom to live your life without medical mandates or dictators calling the shots.

Please share your story with us, and encourage others you know who have a story to share theirs. It’s never been more important than now, for you and your family, to take control of your health.