Prepare For Change
Home Awakening The Real ‘Reset’ Is Coming 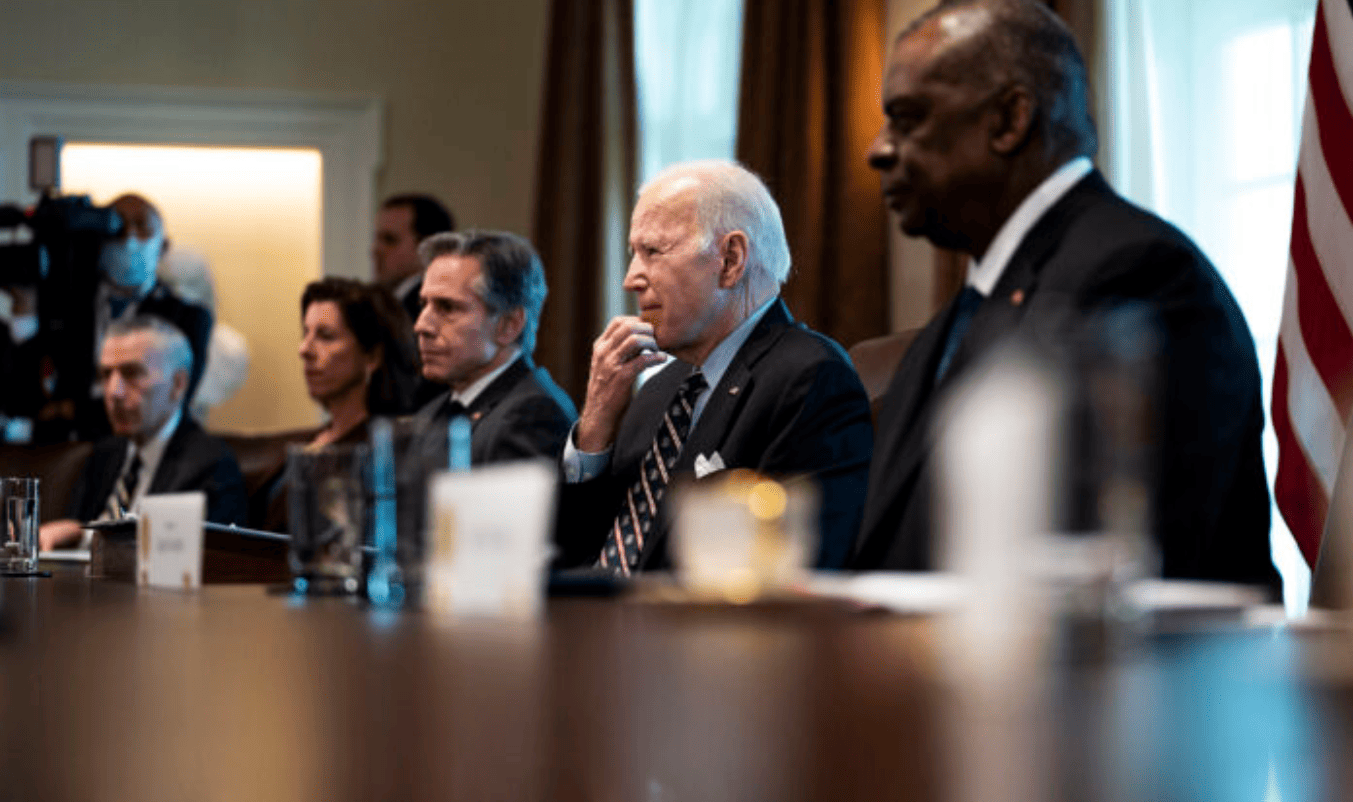 President Joe Biden believes the Ukraine war will mark the start of a “new world order.” In the middle of the COVID global pandemic, Klaus Schwab and global elites likewise announced a “great reset.”

Accordingly, the nations of the world would have to surrender their sovereignty to an international body of experts. They would enlighten us on taxes, diversity, and green policies.

When former President Donald Trump got elected in 2016, marquee journalists announced partisan reporting would have to displace the old, supposedly disinterested approach to the news.

There is a common theme here.

In normal times progressives worry that they do not have public support for their policies. Only in crises do they feel that the political Left and media can merge to use apocalyptic times to ram through usually unpopular approaches to foreign and domestic problems.

We saw that last year: fleeing from Afghanistan, the embrace of critical race theory, trying to end the filibuster, pack the court, junk the Electoral College, and nationalize voting laws.

These “new orders” and “resets” always entail far bigger government and more unelected, powerful bureaucracies. Elites assume that their radical changes in energy use, media reporting, voting, sovereignty, and racial and ethnic quotas will never quite apply to themselves, the architects of such top-down changes.

So we common folk must quit fossil fuels, but not those who need to use corporate jets. Walls will not mar our borders but will protect the homes of Nancy Pelosi, Mark Zuckerberg, and Bill Gates.

Hunter Biden’s lost laptop will be declared, by fiat, not news. In contrast, the fake Alfa Bank “collusion” narrative will be national headline news for weeks.

Middle class lifestyles will be curbed as we are instructed to strive for sustainability and transition to apartment living and mass transit. But the Obamas will still keep their three mansions, and Silicon Valley futurists will insist on exemptions for their yachts.

In truth, we are about to see a radical reset—of the current reset. It will be a different sort of transformation than the elites are expecting and one that they should greatly fear.

The world and the United States are furious over hyperinflation that may soon exceed 10 percent per year. We will be lucky if it ends only in recession or stagflation, rather than a global depression.

Natural gas and oil costs are now soaring to unsustainable levels—and to the point where the middle class simply will not be able to travel, keep warm in winter, or cool in summer.

Both in Europe and the United States left-wing governments deliberately curbed drilling and non-Russian pipelines. They shut down nuclear power plants and subsidized costly, inefficient solar and wind projects. They ended up not with utopia, but with fuel shortages, high prices, and energy dependency on the world’s most repressive regimes.

The woke revolution in the West was supposed to teach us that the “white male”-dominated Western world is toxic. Its origins, ascendence, and current leisure and affluence were supposedly due only to systemic exploitation, racism, and sexism.

Elites introduced cancel culture, doxxing, deplatforming, and social ostracism to shame these supposed exploiters and to destroy their lives and careers.

Few asked how a supposedly noxious West of some 2,500 years duration became the number one destination of millions of global non-Western migrants and offered the greatest degree of global prosperity and freedom for its citizens.

So a reset reckoning is coming—in reaction to the “new orders” championed by Biden and the Davos set.

In the November 2022 midterms, we are likely to see a historic “No!” to the orthodox left-wing agenda that has resulted in unsustainable inflation, unaffordable energy, war, and humiliation abroad, spiraling crime, racial hostility—as well as arrogant defiance from those who deliberately enacted these disastrous policies.

What will replace it is a return to what until recently had worked.

Closed and secure borders with only legal and measured immigration will return. Americans will demand tough police enforcement and deterrent sentencing, and a return to integration and the primacy of individual character rather than separatist fixations on the “color of our skin.”

The public will continue to tune out of the partisan and mediocre “mainstream” media. We will see greater increased production of oil and natural gas to transition us slowly to a wider variety of energy, strong national defense, and deterrent foreign policies.

The prophets of the new world order sowed the wind and they will soon reap the whirlwind of an angry public worn out by elite incompetence, arrogance, and ignorance.