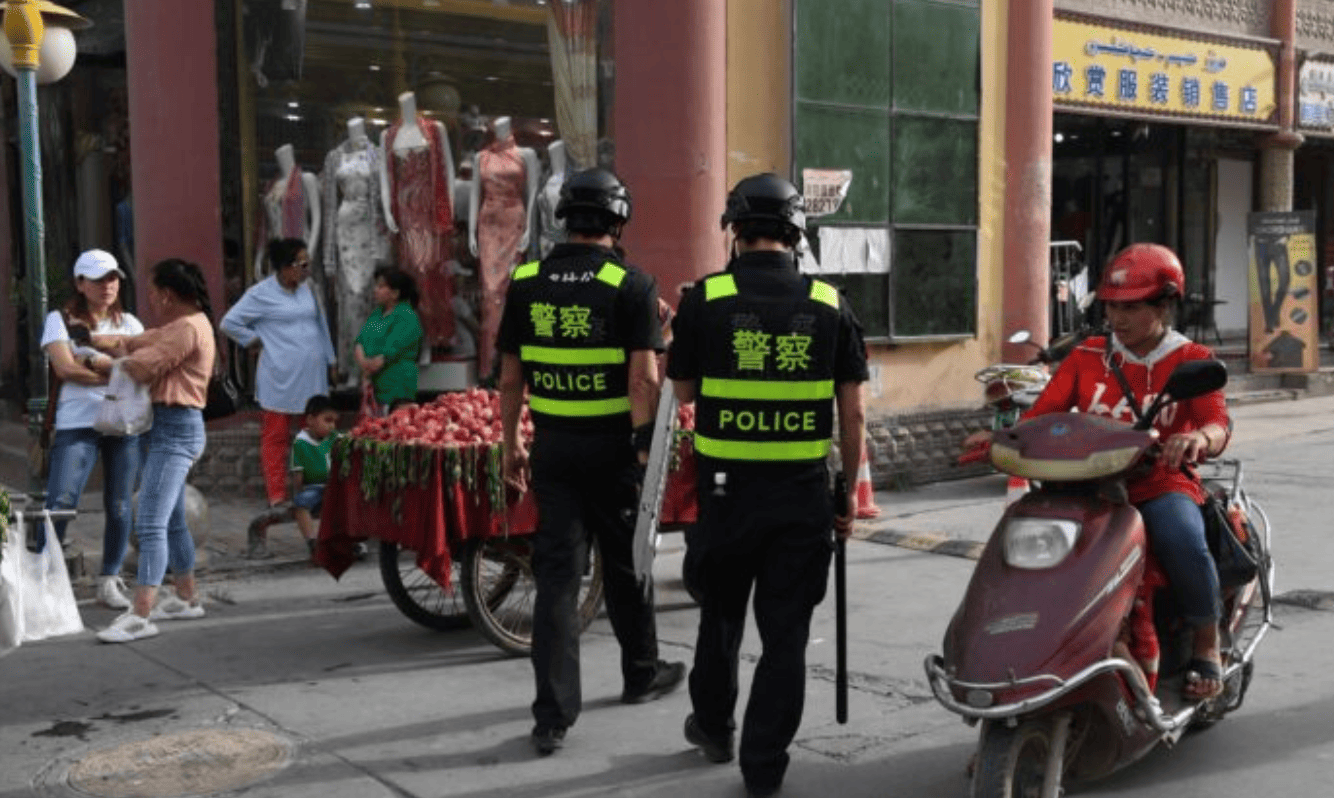 A report released by the Victims of Communism Memorial Foundation, presenting leaked documents from the files of the Xinjiang police, offers “absolutely shocking” evidence of the chronic abuse and brutality inflicted on the Uyghur population in China’s far west region, according to Andrew Bremberg, the foundation’s president and a former U.S. ambassador to the United Nations.

Bremberg called the leaked documents, known as the “Xinjiang Police Files,” a “huge data cache that is unprecedented of its kind” and said that the files contain the personal information of hundreds of thousands of detained persons. Analysts estimate that the Chinese regime is holding more than 1 million Uyghurs and other ethnic Muslim minorities in a network of concentration camps across the region.

The files present “extensive incriminating details from inside China’s internment camp system,” the foundation stated in a May 23 press release, which went on to describe the contents of the files in more detail. The files purport to reveal thousands of images of Uyghur prisoners, from children to elderly men and women, and pictures of police officers and guards placing handcuffs and shackles on prisoners in the course of drills.

Besides the images of prisoners and guards, the files purport to contain the text of high-level directives and orders from Chinese Communist Party (CCP) officials regarding the classification and treatment of the incarcerated Uyghurs. One such directive, according to the foundation, is the exhortation of Chen Quanguo, former Xinjiang CCP party secretary, that officials and police should treat those of different ethnicities as violent criminals.

The files also present a speech from an unnamed “central government official” stating that Chinese leader Xi Jinping issued orders to expand the funding and number of guards available for the highly crowded jails of Xinjiang and to enlarge the internment system within the region.

Speaking to EpochTV’s “China Insider” program, Bremberg said that much of what the files have brought to light is consistent with what observers of the human rights situation in Xinjiang knew to be going on, but that it is still shocking to see the images of very young detainees and those of advanced age. One of the detainees is a girl photographed at 14 and jailed at 15, he noted.

“Those photos were just shocking and horrifying to see. I’d also say [the same about] some of the other photos that show not just those that have been imprisoned, but show the actual security forces inside those internment facilities and how they operate,” Bremberg said.

The former ambassador expressed a highly critical view of the visit by Michelle Bachelet, the U.N.’s High Commissioner for Human Rights, to China, the first trip by such an official since 2005.

“The visit by the U.N. High Commissioner for Human Rights to China right now is very troubling. I’ve spoken with her many times in the past. We’ve long advocated the role that her office can play in bringing to light and addressing the human rights abuses happening in Xinjiang, but it’s very disappointing that she chose to go at this time, in a way that limits her ability to have any sort of independence or do any sort of investigation,” Bremberg said.

According to Bremberg, neither Bachelet nor the Chinese regime regards her visit as an investigation of the abuses taking place in China or in Xinjiang specifically, and Beijing is able to use the timing of the visit to hamper any inquiries that Bachelet might make. The ongoing pandemic and the lockdown of Shanghai and other areas of China keep Bachelet in what Bremberg calls “a very tightly controlled, closed-loop with no press moving around.”

If the regime insisted on such restrictions as a condition of Bachelet’s visit, then the appropriate response would have been to decline to visit China at all, on the grounds that the necessary conditions were not in place, Bremberg argued.

“She’s there right now, and the public has been told that she’ll have a press conference right before she leaves. I’m very concerned about this visit,” he said.

Besides his immediate reservations about Bachelet’s trip, Bremberg described a larger concern that he feels about a lack of transparency about the United Nations office’s relations with the CCP over human rights and other issues.

“What is the communication they’ve had with the government of China? And what response have they had? They don’t need to condemn China or pass judgment, they just need to be transparent,” he said.

“It’s up to other countries to then speak out and say to China, why have you refused to meet the conditions that [Bachelet’s] office has asked for? But by keeping all of that secret, she doesn’t allow the United States or European countries, or other governments around the world, to actually support the work of her office,” Bremberg said.

The former ambassador called the visit a mistake and said that a transparent investigation of the issues brought to light in the Xinjiang Police Files is impossible in the circumstances. He went on to express concerns about how CCP officials will spin the visit in their public statements.

“You cannot control what other people say about you. But it’s very concerning to imagine how the Chinese government will portray this visit from a domestic or international message or propaganda perspective. And if they make portrayals that suggest that she had this wonderful visit, she really bears a moral responsibility to immediately and publicly respond and say what were the conditions on this trip, what was allowed and what was not,” Bremberg argued.

In response to an email query from The Epoch Times about whether Bachelet’s trip to Xinjiang will be an independent investigation, U.N. Secretary-General António Guterres said that that was “an essential condition.”

Bremberg made a passionate case for ending the human rights abuses and repression going on in Xinjiang.

“We are acutely aware of the 100 million victims of communism over the course of the last century, under various communist regimes. And we know that the only way that the victimization ends is when the other countries in the international community stand up and press regimes, like the Chinese Communist Party today, and demand that they change their behavior,” he said.