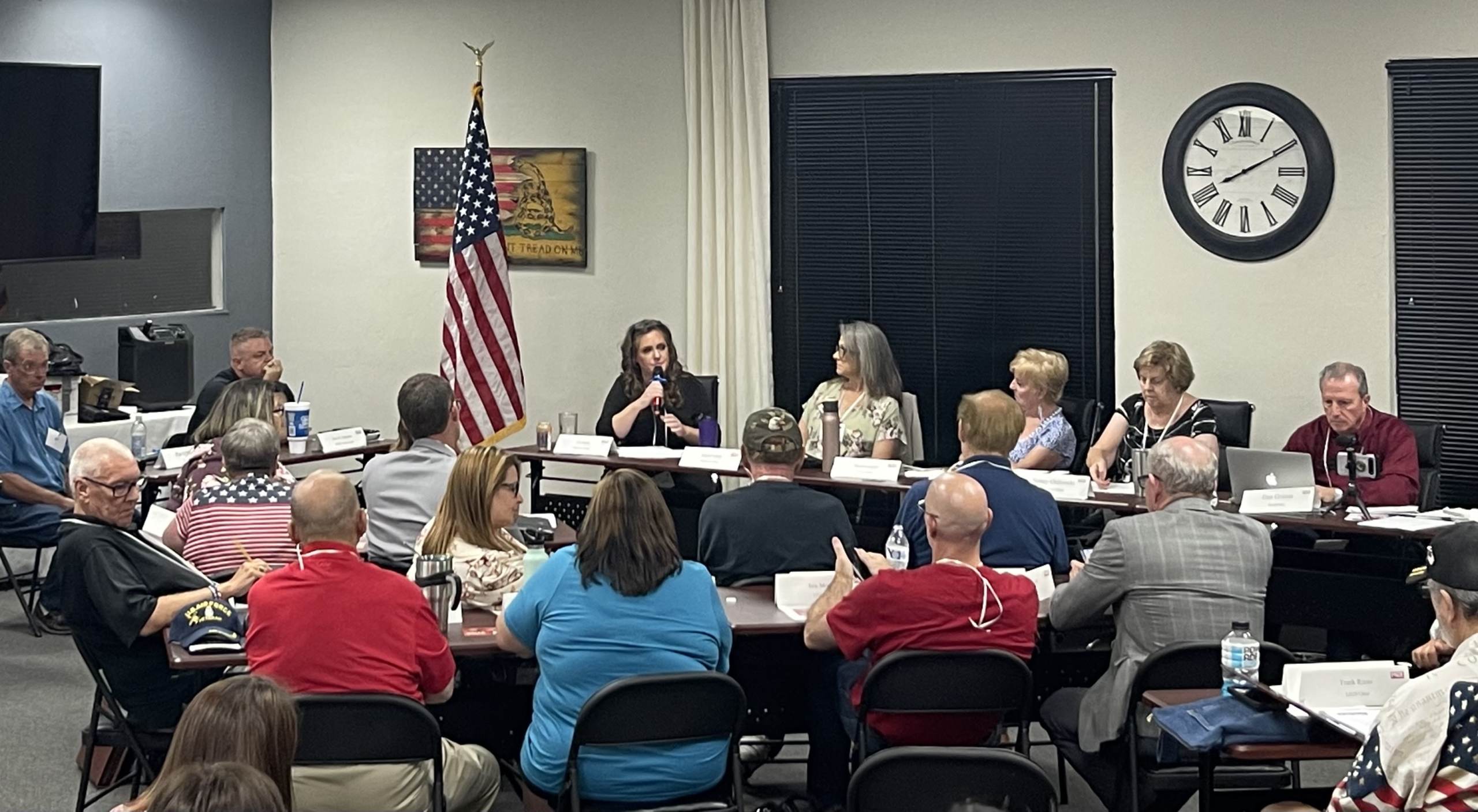 The Maricopa County Republican Committee Executive Governance Committee voted unanimously in a voice vote to officially reject the certification of the 2020 Presidential Election.

Similar resolutions have passed unanimously in Wisconsin and Texas.

The Maricopa County full forensic audit and the “2000 Mules” documentary showcased massive findings of voter fraud in the 2020 Presidential Election.

Both investigations discovered a total of hundreds of thousands of illegal or fraudulent or questionable votes in the 2020 Election.

All Maricopa County Legislative District Chairmen voted in favor of the resolution, and none opposed it.

Maricopa County Member at Large Brian Ference posted The full resolution on his website. Ference told The Gateway Pundit that other organizations nationwide can use the same template to reject their own results. They can copy Maricopa County’s resolution and customize it to represent their stolen election.

Be it resolved by the Executive Board of the Maricopa County Republican Committee:


WHEREAS In solidarity with the Republican Party of Texas and their recent Resolution on the 2020 Election;

WHEREAS We believe the 2020 Election violated Article 1 and 2 of the US Constitution, that various secretaries of state illegally circumvented their state legislatures in conducting their elections in multiple incorrect ways, including allowing ballots to be received after November 3, 2020;

WHEREAS The 2000 Mules Documentary irrefutably proves election fraud occurred in Maricopa County during the 2020 Election in the form of ballot trafficking through drop boxes;

WHEREAS We believe that substantial election fraud in key metropolitan areas significantly affected the results in five key states in favor of Joseph Robinette Biden Jr.;

WHEREAS The Arizona Senate audit of the 2020 Election found significant inconsistencies and discrepancies;

NOW, THEREFORE, We reject the certified results of the 2020 Presidential election, and we hold that acting President Joseph Robinette Biden Jr. was not legitimately elected by the people of the United States. We strongly urge all Republicans to work to ensure election integrity and correct all fraud and weaknesses identified in the 2020 Election.

Further, this resolution will also be up for approval of the full MCRC Executive Governance Committee (which includes all Maricopa LD Chairs) on Thursday July 7th. PCs, contact your LD chair NOW and encourage them to vote yes on this resolution as well as introduce it during your next LD meeting for approval.

Arizona Patriot and election integrity hero Liz Harris led the charge on Brian Ference’s behalf. She also carried his proxy vote, due to a scheduled trip. Liz Harris is the brave patriot who organized citizen canvassers to knock on doors and canvass the Fraudulent 2020 Election. Liz and her team discovered over 250,000 “lost votes” and “ghost votes” in the 2020 Election.

Liz presented the resolution and commented on it, saying,

Harris: As many of you know, I’ve done a lot of work on this over the last 20 months. I have not stopped. There is much more information coming out. Our elections are the most important thing in the world because without election integrity, we will not have secure borders, we will not correct the fentynol issues, we will not correct the gas prices. You know what all the issues are. So, this is very near and dear to me. You need to know right now that it’s not the Country watching Maricopa County, it’s the entire world. So, I speak in favor of the motion.

The Gateway Pundit previously reported that Liz Harris is running for Arizona State House in District 13 to continue fighting for election integrity. She was inspired to enter the race after RINO House Speaker Rusty Bowers tried to kill the best election integrity bill in Arizona history by assigning it to 13 committees.

Upon the passage of this resolution, the room erupted in applause for election integrity.

Maricopa County Republicans are leading the way in Election Integrity.