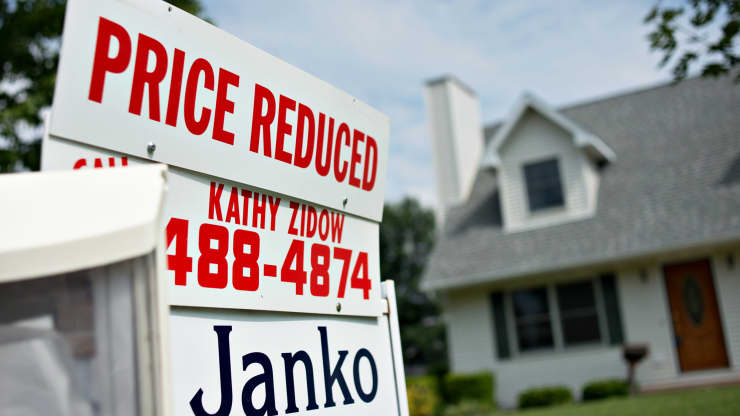 All of the five regions had double-digit year-over-year sales declines – and in three of them, sales plunged by over 25%: Southern California, San Francisco Bay Area, and Inland Empire.

Of all the counties tracked by the California Association of Realtors, 48 experienced double-digit declines in closed sales. The counties with the biggest year-over-year plunges in closed sales: San Benito (-48.6%), Siskiyou (-45.2%), Orange (-36.1%), and Santa Cruz (-36.1%).

Here are the two most populous regions in California, the six counties of Southern California and the five big counties of the nine-county San Francisco Bay Area:

Unsold inventory is suddenly coming out of the woodwork.

Listings with price cuts rose to a share of 35.5% of total listings, the highest since 2019, with the median price cut being 5.3%.

Prices had gone crazy over the past few years. But over the past few months, county by county, prices began to dip from those ridiculous spikes. So these are deals that closed in June, but were made previously. Pending sales in June – the 40% year-over-year collapse – indicate that month-to-month dips in prices wasn’t a blip and are likely to become a trend.

Median prices are very volatile, they jump up and down, and can be skewed by changes in the mix of houses that sold, so take median prices with a good dose of caution.

In most counties in California, prices are still higher year-over-year. The month-to-month drops are just the very beginning.

But the first year-over-year price declines are cropping up in the San Francisco Bay Area, both in single-family houses and condos.

In San Francisco, the median price of single-family houses peaked in March at $2.06 million. It then dropped for three months in a row and in June reached $1.9 million, back where it had first been in March 2021. Condo prices were flat year-over-year.

In San Mateo County (norther part of Silicon Valley), the median price of single-family houses hit a crazy $2.4 million in April, and then dropped two months in a row, to $2.155 million, below June 2021 levels. Condo prices also dropped into the red year-over-year.

No one knows what “normalize” means in the crazy California housing market, where the bottom has now fallen out of sales, but this market will “normalize further,” according to the C.A.R.

“With inflation remaining high and interest rates expected to climb further in the coming months, the market will normalize further in the second half of the year with softer sales and more moderate price growth,” said the C.A.R. report.

One thing is for sure: the magic is coming out of the housing market, as holy-moly mortgage rates begin to bite – and they bite a lot in California because prices are too dang high.