Prepare For Change
Home Financial The Federal Reserve Now Is between the Proverbial Rock and a Hard... 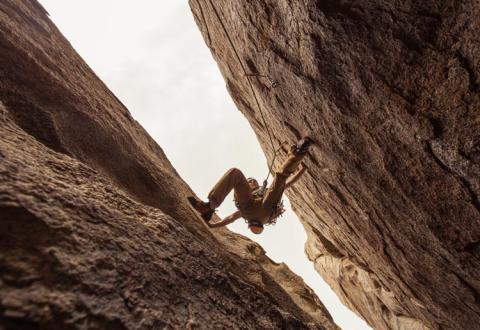 Facebook
Twitter
Pinterest
WhatsApp
ReddIt
Linkedin
VK
Email
Telegram
Viber
Print
LINE
Tumblr
Mix
Digg
Naver
The Federal Reserve has sabotaged the economy since 1913 with its socialistic interventions. Every single boom created via its artificial credit expansion has resulted in disaster, which includes the Great Depression, which was caused by nearly a decade of inflation that begun as an effort to help finance the government’s involvement in World War I.

The Federal Reserve’s efforts appear akin to a blind infant performing a piano concerto but the truth is far worse. No one can possibly know the correct interest rate. When not manipulated by the Federal Reserve, interest rates are determined by the ratio between savings and consumption among all the people, a ratio economists call time preference. Manipulating the interest rate lower merely pushes it out of step with the people’s time preference and plants the seeds of an inevitable crash.

By creating trillions of new dollars and thereby artificially lowering the interest rate, the Federal Reserve has created an “everything bubble.” Every asset class is ripe for a massive crash. Resist attempts to blame anyone else for rising prices. Government didn’t suddenly start running deficits and businesses didn’t suddenly become greedy or acquire the power to dictate market prices. The new dollars created by the Federal Reserve must go somewhere, and where they go, they bid up prices.

Further, as the new dollars are created, they’re almost always distributed to the rich and powerful before “trickling down” to the poor and middle class and bidding up the prices of the things they buy most. Thus, the rich and powerful are granted increased purchasing power, often for high-sounding causes. This explains increasing wealth inequality. This is also why inflation causes prices to rise faster when the new dollars are sent to the masses, for then those dollars don’t have to trickle down before they are spent and bid up the prices of what the recipients purchase.

Artificially lowered interest rates also “stimulate” people to take on projects and make purchases they otherwise wouldn’t, and many or most of these are inevitably unmasked as unprofitable when the interest rates inevitably rise. The boom was a binge that led to record levels of debt, including automobile, corporate, credit card, mortgage, small business, student loan, local government, state government, and the national government’s $30 trillion debt (with its unfunded mandates an order of magnitude greater).

So much of the economy is now addicted to the artificial credit expansion that even a small reduction in the injections is bringing on severe withdrawal symptoms. These symptoms are the beginning of a depression, a time when the people and government must pay off or liquidate their debt and accumulate new savings before reinvesting. This is where the Federal Reserve finds itself against a rock. If it stops inflating and raises interest rates significantly to encourage savings and end the binge, the national government won’t be able to make the interest payments on its debt with current tax funds. It’s also unlikely that enough taxes could be raised without triggering widespread unrest.

The national government, along with many businesses, local, and state governments, will go bankrupt if rates are raised significantly. However, this is where the Federal Reserve finds itself against a hard place: if it doesn’t raise rates significantly and cease inflating, prices will continue to soar. Contributing to this crisis is the precipitous decline in the use of the dollar internationally, primarily caused by the US government’s attempt to weaponize the dollar via sanctions and by the inflation’s reduction of the dollar’s purchasing power. Those dollars formerly circulating internationally are coming home to bid up prices even more.

Thus, the rock is default on the national debt and a widespread credit and debt crisis, while the hard place is ever-increasing prices until the dollar is drastically lowered in value or worthless. The latter is very likely the choice the Federal Reserve will make without massive political pressure against it because it would inflate away its debt. In short, the government will likely try to pay its debts by printing tons of dollars, but those dollars will be worthless or close to worthless, like your savings.

Can anything be done? Yes, the federal government can abolish regulations, all of which are pure waste, radically reduce its spending, and end its numerous expensive wars that also increase prices by obstructing trade and destroying resources. Finally, taxes can be drastically cut so people can pay off their debts and reinvest more quickly.

Further, every American can consume less and save more. This will help your personal finances, given the inevitable rise in interest rates on savings accounts, CDs, etc., that will be coming, by helping you pay the higher prices caused by the Federal Reserve’s inflation, preparing you to buy cheap assets in the coming crash, and readying you to reinvest more quickly. It will help the overall economy in the same way, by cleansing the system of debt.

The national government could also intentionally default. This has many of the same disadvantages as a default caused by failure to make interest payments, but it also has some things going for it. It would initiate a recession, since holders of the debt would take those losses, but openly admitting the government’s inability to pay has the advantage of discouraging future lending to the US government. Finally, some preparations could be made ahead of a planned default in comparison to an unplanned one.

It’s also important to understand that the US government is only bankrupt in monetary terms. Its debt is catastrophic, but its assets are astronomical. It has vast landholdings outside the continental US, tons of land in the western sections of the country, a great deal of admittedly obsolete weapons, and long lists of other assets that could be liquidated.

There is, therefore, a way out of the trap the Federal Reserve has set for us. The US government can disgorge itself of assets so that it doesn’t have to print dollars to pay its bills. Will the US government be willing to do such a thing? Rulers rarely if ever give up power voluntarily, but the people’s reaction to the coming crisis will likely force more pliability. Keep in mind that Americans own at least three hundred million guns and the ruling class are few while the people are many.

As people’s savings are wiped out, they’re likely to get scared and angry. Understanding these truths, the politicians are likely to change course under increasing political pressure and allow rates to rise to belatedly rescue the dollar. The system is far more vulnerable to revolution than people generally understand, but fear and anger are hardly conducive to a rational discussion of the problems, let alone a systemic improvement. We needed a great deal of wisdom a long time ago, before starting down this disastrous road.

Chris LeRoux writes on economic issues. A national championship weightlifter, he received a B.A. from Eckerd College and a M.S. from the University of Memphis. He resides in Florida.