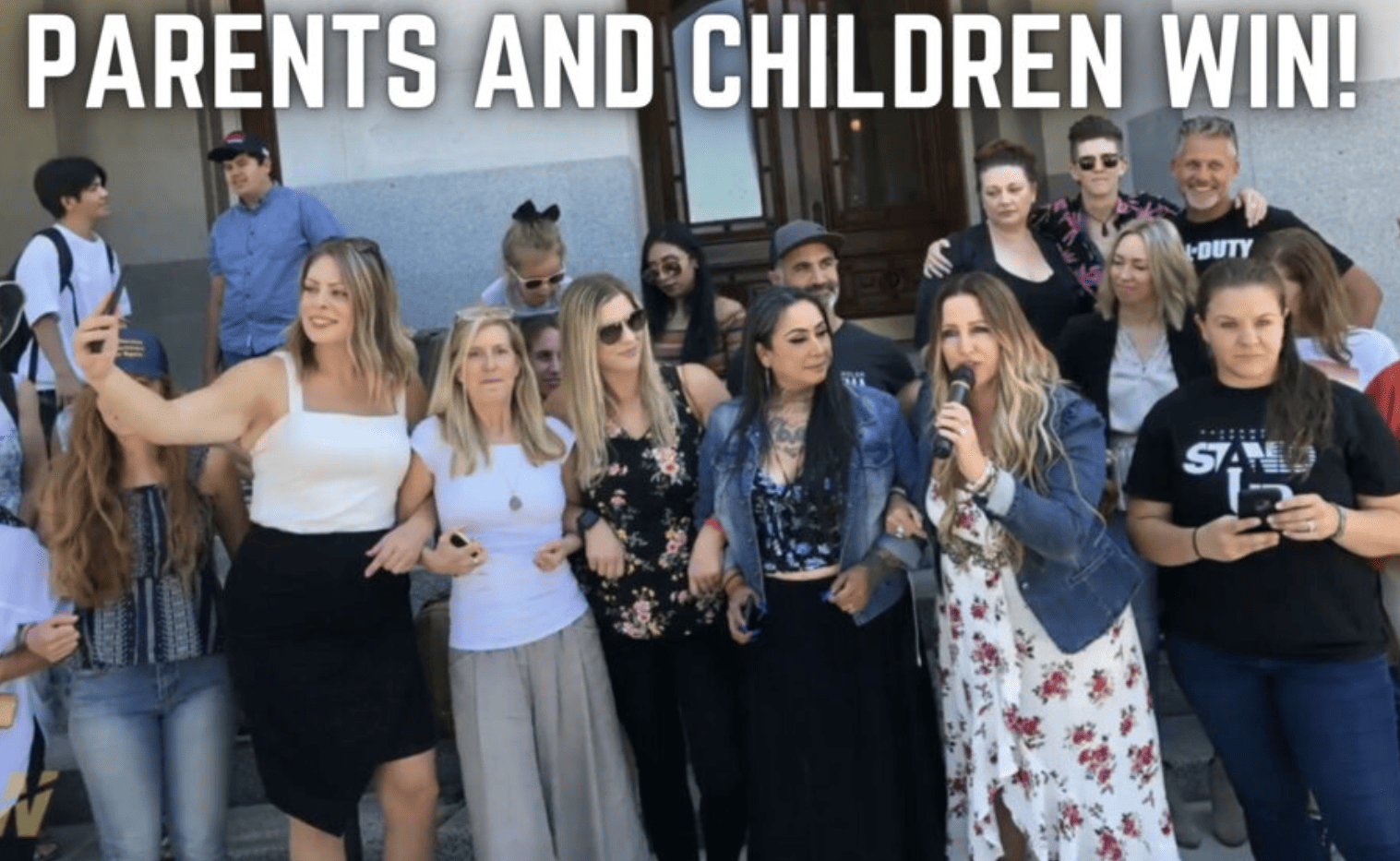 “This is symbolic that you cannot get between a parent and our children.” The controversial bill would have allowed minors as young as 15 (12 years old was initially proposed) to agree to receive ANY vaccine without their parent’s consent. But it was pulled by State Senator Scott Wiener just hours before the vote. Wiener stated he pulled the bill because of “death threats, harassment, and a lack of vote.” But in reality, he was just being a sore loser. “We’re close but a couple votes short on our teen vaccine bill (SB 866) on the Assembly floor. We’re thus moving the bill to inactive.

The anti-vaxxer harassment campaign worked this time, at the expense of teen health. We lost this round but aren’t going anywhere.”

“A couple votes short,” he said. But that’s not true, according to fellow California politician (D) Patrick O’Donnell. “Believe me… it was more than a couple votes short!”

In fact, opposition to this bill had BIPARTISAN support from both Democrats and Republicans. No matter what Scott Wiener would like to tell you, it was a very UNPOPULAR bill!

To discuss the impact of this historic victory, co-founder and executive director of PERK, Amy Bohn, joined Del Bigtree on the Highwire.

“Now I don’t know what you feel about being called an anti-vaxxer, Del commented. “But I would call that a win. And I hope there’s a lot of people that are dancing in the streets over this when that happened yesterday (8/31).”

“I don’t really care what he [Scott Wiener] calls us at this point. All that matters is that there was a massive army of parents and organizations, hundreds of organizations, fighting this together. He’s a poor loser right now because we defeated his bill, and it was a group effort.

Freedom Angels were up at the Capitol till midnight almost every single day. Our group was in charge of so many aspects and pivotal moments along the way. Facts, law, truth, justice, this is something that it really doesn’t matter what they call us. The stigma doesn’t matter because we actually have power now.

We have a presence at the Capitol; we have a presence in the media. And it’s because of everyone. It’s historic! Honestly, this is a historic moment for California, and I think that Senator Wiener is just trying to downplay it. But the truth is, he didn’t have the votes! And he was short by probably a lot more than just a few.”

Del responded, “I really think this is the biggest win.” “This was the next step in this sort of agenda to separate the children from the parents — to basically state the government owns your child. Their property of the government of California, and they’re not of the parents. Therefore, we should be able to get them to do things and then hide those things from their own parents.

How big do you think this is? When we were watching California go through this on the front lines? “That’s what’s happening. And you were talking about the political lines, Republican, Democrat. The reason why we won in California right now is because those lines didn’t matter. The Democrats were unified with the Republicans with bipartisan opposition to this bill. So that shows you that if that can happen in California, the ripple effect of that — and even just the fact that we won here together with everybody — that can happen across the entire country.

So no longer just your political affiliation or political party is going to be what decides these things, the outcome was decided — of course, it related to the votes — [but] because of the Democrats. It was everybody together, and they had to oppose this bill with their colleagues in order for it to be defeated. I think that’s part of [why] we made history yesterday.”

I agree, Amy. It was historic. We can barely get Democrats and Republicans to agree on anything these days, but the fact that parents rallied together in the state of CALIFORNIA to oppose such a bill just goes to show how unified our country is on medical freedom.

If parents in California are thinking like this, you know darn well that every other state is thinking the same way.

It’s truly something beautiful, and it makes me very optimistic that any subsequent vaccine bills that violate medical freedom and ethics are sure to be met with BACKLASH and bound to fail.