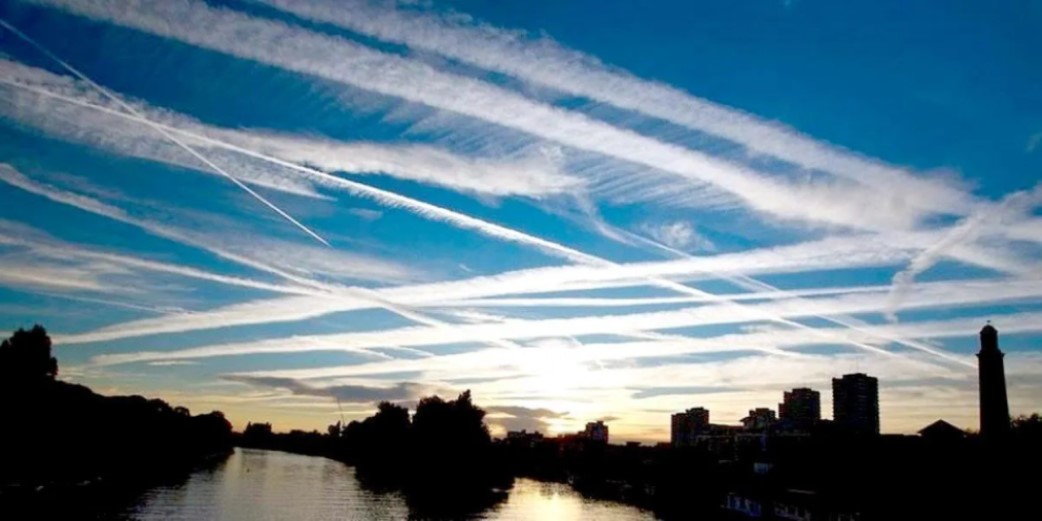 Nature Restoration Invites You to a Public Call

Elaine Buxton will be presenting an overview of the American history of weather manipulation and technologies used for at least 8 decades on Sept 25th.  She delved into extensive research on weather control and was astounded at the level of manipulation being used for destructive purposes. For example, most of you are aware of chemtrails, but possibly not aware of how they work in conjunction with other technologies.  These same technologies could be used instead for nature restoration.

Please join on this call, as it is crucial that we take the necessary corrective actions to prepare for a healthier future.

The zoom link is at the end of the following article by Elaine. 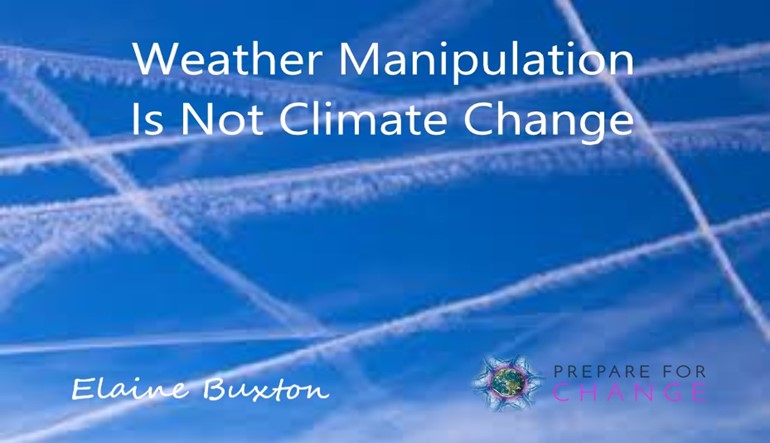 The destructive weather events that we have been experiencing all over the world are caused by weather manipulation, aka weather control.  Climate change and warming is a cover-up for weapons of war aimed at targeted civilian populations for widespread and severe suffering.  There are no random disasters anymore.  Sadly, the public is largely unaware that they are being assaulted by their own governments, militaries, and corporations.  This is a new form of war that is based on misinformation, space technology, and destruction of natural ecosystems instead of artillery fighting against an enemy army.

Many people might question why their own elected government would want to severely injure and kill them.  There are several reasons.  Acceptance of malevolent intentions by a populace’s elected government could totally conflict with their current perceptions of reality and belief systems, known as cognitive dissonance.  It can seem simpler to ignore information that does not fit into one’s worldview and mindset.  20th Century history of weather control research, and even present-day use of cloud seeding, is not mentioned by mainstream news, so largely forgotten by the masses.

Secondly, from an early age, people are programmed to believe that the government, religious systems, and mainstream media are there to serve and protect us in a truthful way, even when appearances of injustice, violence or betrayal become evident.  This has been called The Stockholm Syndrome when severe, in which victims defend their abuser after becoming dependent on them in some way.

However, psychopathy among a small percentage of humans does indeed exist.  The behavior of perpetrating psychopaths must be seen in the context of addiction to power, wealth, and control, without any sense of guilt for the victims.   These beings see ordinary humans as weak and useless and may derive depraved pleasure from the destruction of nature and people.  Unfortunately, some of them can convince others to assist them with their nefarious objectives through deception, false claims of benevolence, or blackmail and threats.

Weather manipulation has been used for 80 years or more, actively targeting Earth’s ecosystems, including the atmosphere, oceans and marine life, natural freshwater systems, forests, grasslands and tundra, soils suitable for food production, and wildlife habitat.  We have reached a tipping point where life will not be sustainable for much longer.  It is time for the masses to wake up to the intentional weaponization of weather technology in order to stop it.  Understanding the history of how this has occurred, and the technologies used for bad versus good purposes is crucial for humanity to save itself and a planet that supports life.

Establishing population control through the Problem-Reaction-Solution method is one way to reset the way of life on Earth.   A problem is covertly created that causes suffering and death for a targeted population but blamed on natural causes, and/or the population itself.  The population then reacts in fear and demands that something must be done to fix the problem.   They are willing to surrender civil liberties in exchange and in desperation because ecosystems are necessary for life.   They do not perceive the true causes of the problem, nor that they are being attacked.  The problem creators then insist on solutions that further their own special interests for control, power, and wealth, usually making the problem worse.

Drive for totalitarian, planetwide control is called the New World Order (NWO) and was first publicly promoted by President George H. Bush, although in the plans for more than a century.   A one world government is also consistent with the Trump and Q team phrase, “Where we go one, we go all”.  However, it has different implications and meanings for elite psychopaths seeking global dominance than it does for ordinary humans seeking relief from polarity and division.

Weather forecasts are scripts, rather than predictions, read by those who control the weather using technology.  Precipitation, wind, temperature, hurricanes, tornadoes, earthquakes, and volcano eruptions are all monitored, triggered, and driven by technologies such as cloud seeding, ionized heating of the atmosphere with HAARP, weather satellites, Nexrad Doppler Radars and chemtrails.   Radio frequencies from ground-based and sea-based facilities creating storms have been recorded.   The first American attempt at hurricane manipulation was during Project Cirrus in 1947 but turned a small storm into a massive hurricane that slammed into Savanah Georgia, causing $3.2 million damage in Florida, Georgia, and Alabama.

In addition to the United States, China and Russia are major players of weather control.  Former government and military scientists, generals, and politicians have disclosed weather control abilities in bits and pieces, but more so over the past decade.  There is no longer much debate about this, considering the mounting evidence.  Extreme swings in weather conditions, breaking all recorded records, seem to make no sense but occur with frightening frequency the past few years.  Firefighters claim they never used to see raging wildfire behavior that now occurs routinely.  When Lake Mead Reservoir gained national attention for being so low, suddenly monsoon atmospheric rivers rained down on Las Vegas in mid-summer, adding back three feet to the water level.  Very uncharacteristic triple-digit heat waves have been striking the Western states every summer for over a week at a time the past couple of years, killing hundreds of people.  It is not natural!

We hope you’ll join us on this call!  A time converter is provided for your convenience.