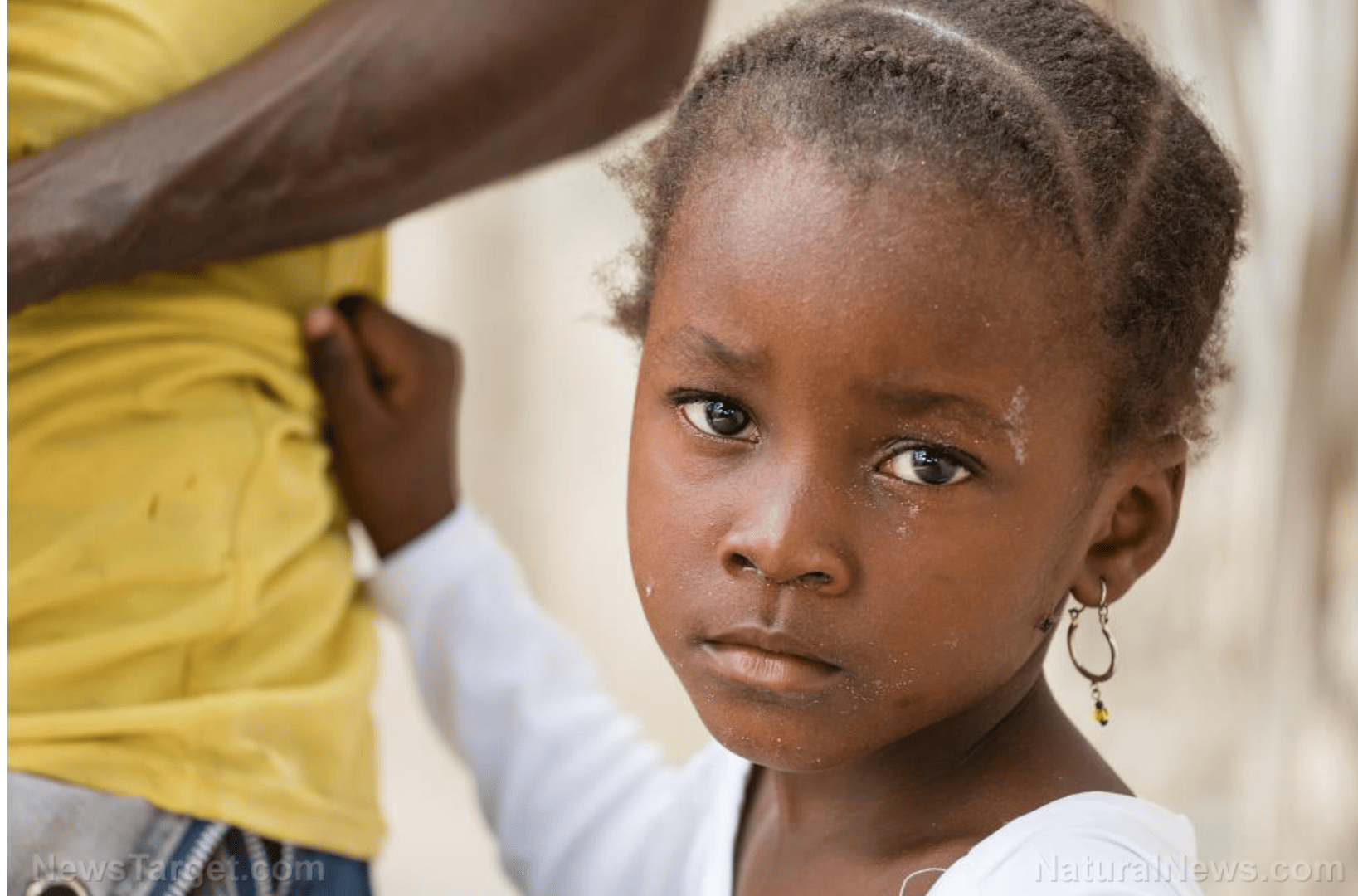 Poor African children are being used as the subjects in an experiment aimed at finding out whether bug consumption can enhance their nutrition despite concerns about the negative effects of eating insects.

Right now, an experiment is underway funded by the UK government exploring the effects of eating insect-based foods on children’s nutrition. As part of the experiment, poor elementary school children in Zimbabwe between the ages of 7 and 11 are being given meals of mopane worms with soldier termite flour every day across a period of one year. Researchers will look at how this affects their height, weight, nutrition and cognitive function in terms of school performance.

Although a project summary claims that insects are “culturally acceptable” as food in the region, their use is largely restricted to those in rural communities who need to prevent malnutrition during times of poor harvests and droughts – in other words, as a last resort. The project description states that “the mechanistic link between insect consumption and health is missing” but claims they are sources of minerals, essential fatty acids and amino acids.

Some experts, such as Dr. Joseph Mercola, have warned that regular insect consumption can be dangerous. He points out, for example, that insects contain chitin, which has been shown in studies to induce allergies and is highly inflammatory.

One study from the University of California San Francisco revealed that chitins can trigger allergic inflammatory responses in the lungs of test mice, prompting researchers to study whether some individuals have a greater vulnerability to asthma as a result of exposure to “inhaled chitin.”

Another study showed insects have the same potential to trigger an allergic reaction as crustaceans like shrimp, a common allergen. When you consider the fact that crustaceans and insects are both arthropods, it makes sense that they have a similar capacity for triggering allergies in some individuals.

A study in 2019 pointed to other problems with insect consumption when 81 percent of insect farms assessed were found to have parasites. In 91 of those cases, the parasites discovered were “potentially pathogenic for humans,” spurring the study to label edible insects “an underestimated reservoir of human and animal parasites.”

There’s also the fact that many insects feed on decaying matter such as human waste, animal corpses, rotten food and other sources of bacteria, making wild-caught insects a particularly risky choice for consumption. Some of the bacteria known to make humans sick that have been found in insects include Campylobacter and E. coli.

Moreover, because insects are often eaten whole, they are susceptible to chemical contamination via pesticides and heavy metals.

It’s logical to assume that the UK government and others involved in the study would have done some background research and would be aware of these dangers, which means that this could well be yet another example of society’s most disadvantaged people being used as test subjects in risky experiments.

There is also likely an environmental element at play, with a large push seen in recent years to replace meat with crickets and other insects on the pretense of finding more sustainable eating habits.

For example, the World Economic Forum, which is behind the “Great Reset,” argued last year that it was time to “give insects the role they deserve in our food systems,” while a Business Insider video boasted that crickets have “more protein than beef, without any of the environmental damage.”

Microsoft’s Bill Gates, one of the nation’s biggest private farmland owners, invested $100,000 in an insect farming startup in 2019 that claims bugs have the “scope to feed the world.” Of course, we can’t find any evidence that Gates himself is willing to eat insects.

Sadly, medical experimentation in Africa has a long and horrific history. Among the many examples are a test in Zimbabwe in which more than 17,000 women with HIV were given an experimental drug without consent and a test in Nigeria in the 1990s by Pfizer in which more than 200 children were given an experimental drug; some of their families later won a lawsuit based on violation of informed consent. We can only hope that this experiment on young children won’t end in devastation for Zimbabwean families.