Prepare For Change
Home Important They Are giving Cows mRNA Vaccine • Which Will Pass the Vaccine... 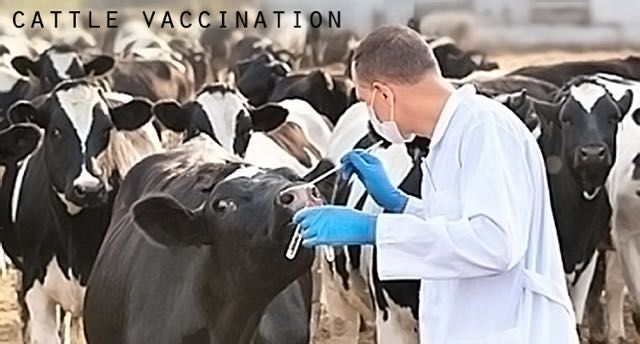 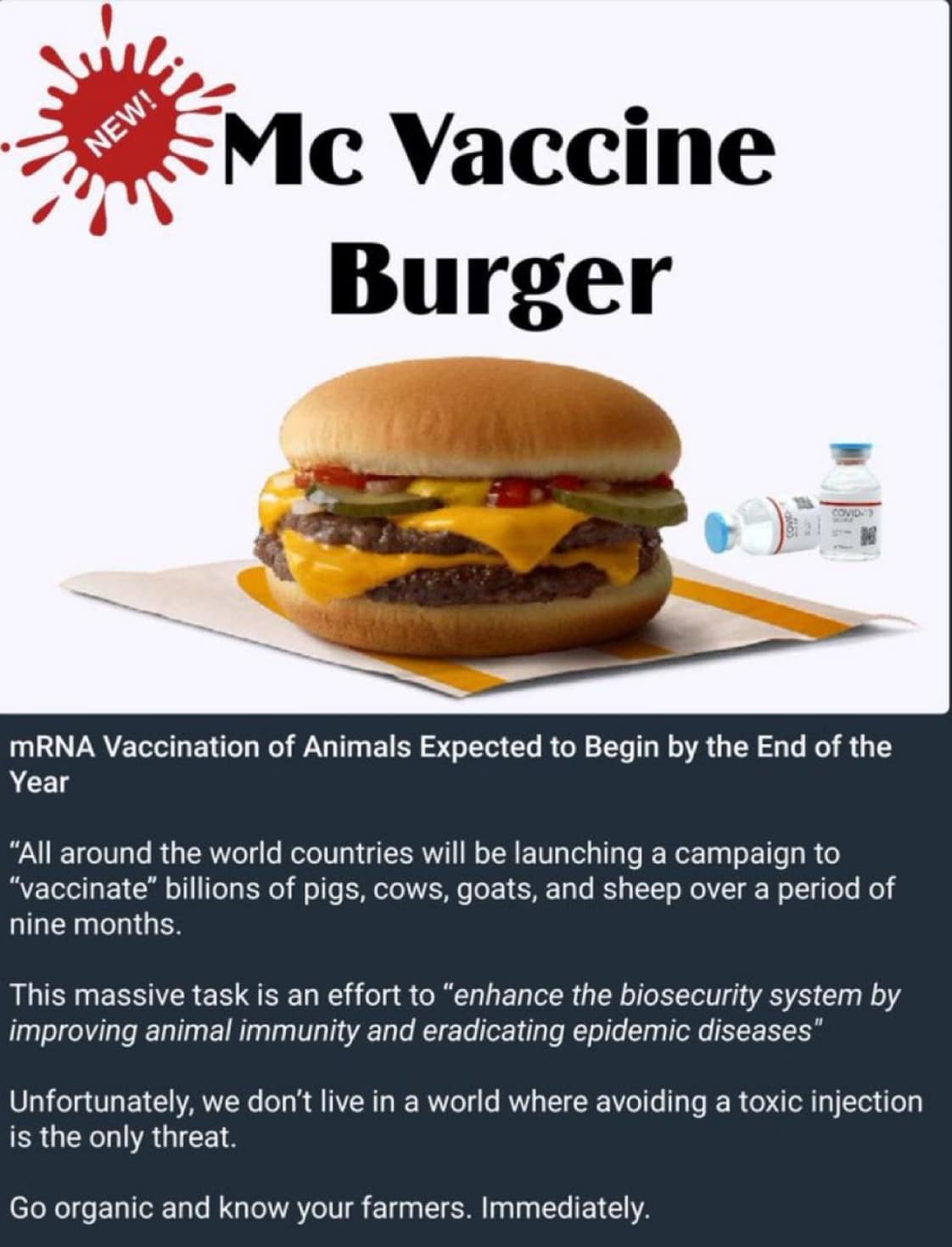 Dairy farmer are now forced to vaccinate their herd with an mRNA vaccine!

A friend said her neighbor, a dairy farmer complied and of the 200 head of cattle, 35 died instantly!

I would sue the DPI The farmer said it is mandatory for all dairy farms to have their herd jabbed with this mRNA vaccine.

Am not yet sure if that’s for NSW or across Australia, but will investigate immediately Implications?

Milk is altered and you CONSUME IT!

Butter constitution, yoghurt, cheese is altered MEAT is altered Will chicken and other meats be next?

Time to grow your own folks, and maybe develop herds that are private, none tagged, and never vaccinated.

Time to set up a community farm association with member – farmers who are not part of the system, have herds – animals that are not jabbed or tagged so a community of private people can be consumers of organic produced livestock.

It’s time to fend for ourselves as an organised community.

Watch this space You might want to on send this message to warn your data base too.

Please take the time to urgently warn others… literally consuming dairy would be like a vaccine… and that goes for CHEESE… PIZZAS… SANDWICHES… ALL DAIRY PRODUCTS, ALL COW MEAT PRODUCTS… HAMBURGERS AND ON AND ON AND ON!! THIS ALL STOPS WHEN WE SAY IT DOES, BUT WE NEED AN AWARE POPULACE, AND THAT’S WHERE WE CAN ALL HELP EACH OTHER.

Much of the conversation surrounding mRNA (messenger RNA) “vaccines” centers around their impact on humans, but how about all the animals that are being injected with it?Believe it or not, cattle are reportedly now getting jabbed with the stuff, which in a recent mass “vaccination” campaign of an Australian herd resulted in 35 of the 200 animals dying immediately.We are told that dairy farmers and others are now being forced to inject their animals for the Fauci Flu in order to remain in business, and that the animals are not responding well to it.Just like in humans, the shots are causing such profound damage that many of the animals are succumbing to instant death, while the others are getting sick and dying over a longer period of time. (Related: mRNA spike proteins linger in the heart and brain long after injection.)

For the animals that survive, one wonders what is becoming of their milk, which gets passed on as food for other animals as well as humans. Is it safe to consume mRNA-tainted milk and cheese from a “fully vaccinated” dairy cow? The answer is probably not.

“Dairy herd DNA is altered,” one report explains. “Milk is altered and you consume it! Butter constitution, yoghurt, and cheese is altered, meat is altered – will chicken and other meats be next?

Is there any evidence at all to suggest that animals “catch” covid?

What is mysteriously absent from the “science” behind forced mRNA injections for animals is any actual evidence that animals are getting sick from covid.

Sure, all mammals have lungs. And sure, those lungs can become infected with respiratory illnesses. But does this warrant administering experimental injections to animals that are killing them just the same as they are killing humans?

The government of New South Wales (NSW), Australia, where the first cattle herds we know of are being injected with mRNA, that the official excuse for the new mRNA push is that animal herds need protection against not just covid but also Foot and Mouth Disease (FMD) and Lumpy Skin Disease. A deal was forged with a United States-based biotechnology company called Tiba BioTech that, just like Pfizer, BioNTech, and Moderna, is now raking in the dough.

“The NSW Nationals in Government are taking the threat of FMD and Lumpy Skin Disease extremely seriously, and this milestone is another step forward in preparing for a potential outbreak,” announced Deputy Premier and Minister for Regional NSW Paul Toole.

“I have now written to vaccine manufacturers to take up my challenge to develop both vaccines ready for use and manufacture in NSW by August 1 next year. COVID-19 demonstrated to us that all possible avenues in developing vaccines must be explored and we will leave no stone unturned.”

In other words, covid and people’s engineered fear of it is once again being used to fast-track at warp speed all sorts of new mRNA injections for use in both animals and humans.

“It is critical that we develop mRNA vaccines for FMD and Lumpy Skin as quickly as possible to protect our state’s livestock sector,” added Minister for Agriculture Dugald Saunders, who admitted that Tiba Biotech has been given free rein to churn out as many mRNA injections as possible to supposedly protect Australia’s $28.7 billion livestock industry.

“The threat of FMD is ongoing and there are concerns Lumpy Skin Disease could enter northern Australia this coming wet season, so it’s critical we continue to do what we can as quickly as we can,” he added.

“Current FMD vaccines use the virus itself, and there is yet to be an approved vaccine for use in Australia for Lumpy Skin Disease, so creating mRNA vaccines to combat either disease would be a game-changer for the industry. mRNA vaccines are cheaper and quicker to produce, highly effective and very safe.”

Saunders went on in a statement to claim that mRNA injections are actually safer than traditional injections because they are “fully synthetic and do not require any animal or microbial products.”

“They do not carry with them the same risks as traditionally derived vaccines,” he insists.

This is unfortunate news for folks who purchase Australian meat and other animal-derived products from Down Under, believing them to be clean and pristine. If mRNA shots for animals become the standard there, many will think twice before purchasing any more animal products from Australia.

“This is well Beyond the Thunderdome – Mad Max and his enemies were otherwise healthy survivors of a holocaust,” writes Peter Halligan about the issue on his Substack page.

“In the Australian Vaxx-Nazi world, it looks like movement of people and their motile ability will become a thing of the past.”

You can learn more about deadly mRNA injections and covid spike proteins at ChemicalViolence.com.