Prepare For Change
Home Financial ‘Food Inflation Is New Grinch’ as Survey Finds Nearly 70% of US... 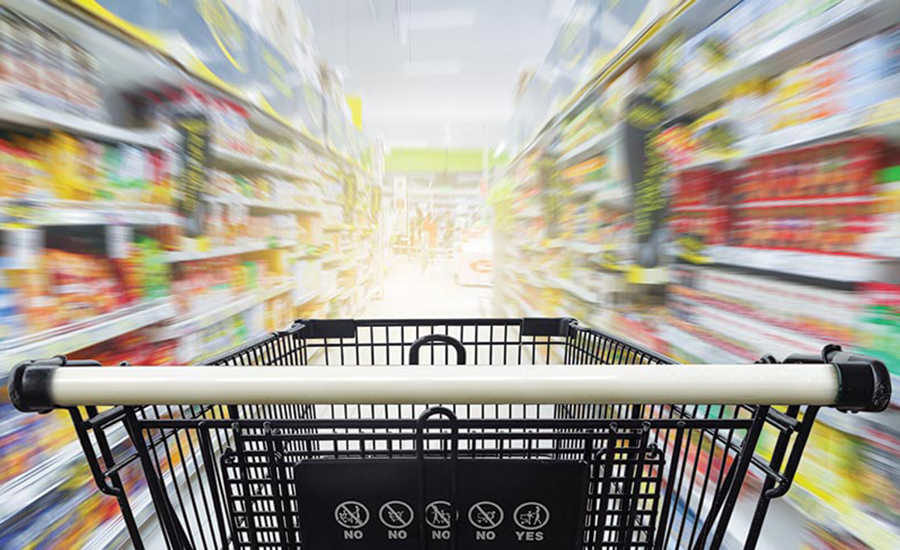 Many Americans are struggling to afford groceries and have adjusted their grocery shopping habits throughout the past year, according to a new survey released Wednesday.

“The grocery sector is at a turning point. After massive e-commerce growth throughout the pandemic, we are beginning to see a transition as consumer spending is tested by inflation and a looming recession,” Henry Kim, a co-founder and chief executive officer of Swiftly, said in a press release. Swiftly is a retail industry technology platform, according to its website.

“Furthermore, the potential consolidation of giant supermarket chains could also lead to increased prices, which would be especially hard for consumers to absorb in today’s challenging economy,” Kim said.

Two of the nation’s largest supermarket chains, Kroger and Albertsons, announced in October a nearly $25 billion deal to merge the two companies into one, CNN reported. The Federal Trade Commission requested additional information from Kroger on Tuesday relating to the merger, Reuters reported.

Want to keep up with the 24/7 news cycle? Want to know the most important stories of the day for conservatives? Need news you can trust? Subscribe to The Daily Signal’s email newsletter. Learn more >>

“Findings from this survey amplify the need for today’s brick-and-mortar grocers to solidify and own digital customer relationships and modernize digital revenue streams, in order to be competitive and maintain a loyal customer base,” Kim said.

Inflation and rising food costs are impacting most consumers’ grocery shopping habits, with over two-thirds struggling to pay their grocery bills.

Nearly half [of consumers] are shopping based on discounts and promotions; however, a majority spend an hour or less planning their grocery shopping trip, including time looking for discounts.

When asked “With inflation and increasing costs, how strongly do you agree with the statement: I am struggling to pay my grocery bills,” the detailed findings of the survey reveal that 38% of respondents “strongly agree” and 31% of respondents “somewhat agree.”

The detailed findings from the survey revealed that “a large majority of consumers have changed their grocery-shopping habits in the last year, and nearly half are shopping based on discounts and promotions.”

Only 17% of the respondents said their “shopping habits haven’t changed in the last year,” according to the survey results.

Despite these financial hardships, most consumers are not willing to give up fresh produce, and a third say they won’t decrease cart size.

Snack foods are the most likely items to be cut from carts due to rising costs, although many are not cutting out any one specific food category.

As the holidays approach, a majority of consumers (57%) “are budgeting in anticipation of spending for holiday meals” when creating budgets for weekly groceries and spending.

“Only about a quarter say rising prices have no impact on their holidays,” the detailed findings said. “Most consumers are adjusting by [paring] down their celebrations.”

“Most consumers have been greatly impacted by inflation over the last two years, especially when it comes to food,” Antoni said. “Although more than three-quarters of consumers have changed their spending habits when it comes to buying food in response to these higher prices, food is still a necessity, not a luxury, and there is no avoiding at least some increase in food prices.”

“Some families’ food budgets have been stretched so thin that a quarter of them only buy items when they are on sale. It is not hyperbole to say that many Americans are living worse than their grandparents did in terms of food security,” Antoni said, adding:

Food inflation is the new Grinch this holiday season, with 73% of Americans having to adjust their holiday meal planning because of the high costs of food, with a full one-quarter of families being able to afford fewer guests at meals.

In the wealthiest nation on earth, we have been reduced to families cutting back at a time of year when we are supposed to be celebrating and giving thanks for our abundance.

The next Bureau of Labor Statistics consumer price index report will be released on Dec. 13.