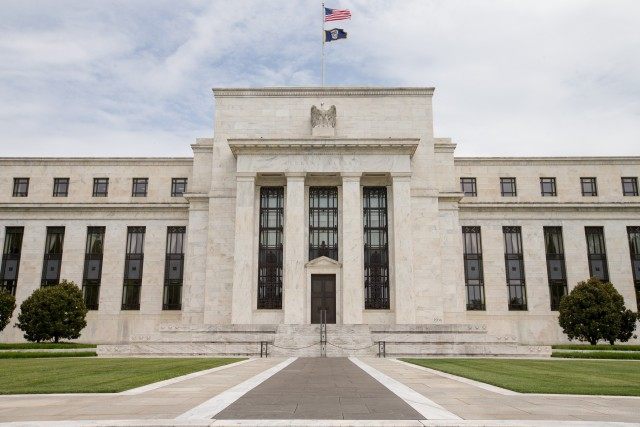 The sold-out Jackson Hole Summit, which seeks to be a conservative counter-balance to the Kansas City Federal Reserve’s Jackson Hole Symposium, kicked off with a fascinating history lesson by a Director of the Council on Foreign Relations on how the Bretton Woods Conference at the end of WW II led to the massive monetary expansion of Federal Reserve and impoverishment of America.

Mr. Steil highlighted that the gold-based monetary system expired in 1914 after a century of long-term price stability, peace and prosperity. After WW I, the world moved to a supposed “gold-exchange” standard that was really based on paper money exchange and led to price instability, war and depression over the next 30 years.

The 1944 conference at Bretton Woods in New Hampshire brought together 44 nations to design a system to regulate international money and banking. The two key players at the conference were Harry Dexter White and the UK’s John Maynard Keynes. At the time of the conference, the dollar represented 1/35th of an ounce of gold; 71 years later the dollar represents less than 1/1,100th of an ounce of gold.

Harry Dexter White went to Washington in 1934 to be a key actor in drafting the Roosevelt Administration’s long-range socialist agenda. In 1944, he and many Roosevelt appointees were huge advocates of the Soviet Union. White wrote, “Russia is the first instance of a socialist economy in action. And it works!” Just before the conference, he publicly advocated that government should control and direct the means of production.

The UK’s John Maynard Keynes went to Bretton Woods with a willingness to agree with everything demanded by White and the U.S. negotiators, as long as he could extract the largest amount of cash from the U.S. Treasury to win the war in Europe. Keynes fully understood that although Bretton Woods claimed to be establishing a post-war economic order where the value of money would be fixed, the agreement gave governments a capability to unfix monetary values every time there was a “crisis”.

The Bretton Woods Agreement made the dollar convertible into gold and all other currencies convertible into the U.S. dollar. Depression and wartime-era restrictions on trade required to be torn down with the World Bank and the International Monetary Fund, both dominated by the U.S., given broad authority to implement this grand design.

White assured the House Banking Committee in 1945 that “There is no likelihood that… the United States will, at any time, be faced with the difficulty of buying and selling gold at a fixed price freely.” He assured Congress that the Bretton Woods Agreement meant that America would continue to be the world’s top creditor nation because the dollar would be the only “reserve currency.”

But the Bretton Woods new world order rules morphed over the next seventy years from the Federal Reserve being required to exchange dollars for gold to the elimination of U.S. metal convertibility for the dollar, to the ability of the Fed to engage in actions like multiple rounds of “quantitative easing” that has led to the U.S. becoming the world’s largest debtor.

Dr. Steil advocates a return to a form of the classic gold standard that would be relatively self-regulating and feature timely settlement of international debts through fully convertible currencies.

What to Expect From the Fed’s Jackson Hole Meeting

The annual Economic Policy Symposium in Jackson Hole, Wyoming, which brings together academic experts, financial market participants and many of the world’s central bankers, begins Aug. 27. The timing couldn’t be better — on paper, at least.

Although the official focus this year will be “Inflation Dynamics and Monetary Policy,” the event organized by the Federal Reserve Bank of Kansas City also should be an opportunity to discuss the challenges facing the global economy, including the slowdown in the emerging world and the threat it presents to social well-being and financial stability.

Yet what is desirable is not always feasible.

In past years, U.S. officials in particular have varied in their approach to Jackson Hole. This year, they are most likely to play down any discussion of immediate policy issues, particularly given the genuine questions about whether central banks have exhausted their available policy responses.

For a long time, Jackson Hole was reserved for academic-type deliberations that tended to precede the formulation and announcement of policy initiatives. But, in a shift that market participants applauded, Fed Chairman Alan Greenspan and, more pronouncedly, his successor Ben Bernanke, used the forum to set out potential policy pivots.

For example, the Fed used the August 2010 meeting to signal a second round of quantitative easing in which large-scale asset purchases were intended to meet macroeconomic objectives, rather than being used as a tool to normalize disrupted financial market conditions (as was the case under the first round). With that, market participants came to expect major policy signals at Jackson Hole, and some will be pressing hard for insights at this year’s gathering.

After a week of turmoil characterized by outsized moves in financial asset prices and spiking volatility, there is an enormous appetite to hear policy makers’ views of the two huge concerns that have shaken market confidence: Spreading evidence of a slowdown in global growth led by increasingly generalized weakness in the emerging world (with a particular emphasis on China); and concerns that central banks no longer have sufficient policy ammunition to continue their policy of repressing market volatility, boosting asset prices and inserting a buffer between prices and the more sluggish economic fundamentals.

These issues — as much as the formal agenda — will be at the forefront of the preoccupations of those attending Jackson Hole. But such concerns are likely to attract less attention than they deserve, as well as fewer insightful public comments from important policy makers.

Since taking office, Fed Chair Janet Yellen has appeared less eager to use Jackson Hole as a policy platform — especially given that market participants had come to expect major policy announcements at these gatherings. Instead, she has played down discussion of immediate policy decisions in her interventions. And in May, there were reports that she would not attend this year.

As things stand, the next scheduled assembly of global economic officials won’t take place until the annual meetings of the International Monetary Fund and the World Bank in the first half of October in Peru. By then, one of two outcomes will have been established: Either loosely coordinated national policy responses will have succeeded in restoring calm to markets and in buying more time for the global economy to get back on a growth path, or more intense market volatility will have fueled greater concern about adverse consequences around the world, accentuating the dangers of a vicious cycle of economic contraction and financial instability.

Investors may hope for the first outcome. But, absent any changes in policy actions and prospects, they would be well advised to plan for the second.