Clearing of the Chimera group continues. The Light Forces have started to clear the Chimera bases of the Kuiper Ring and are thus beginning to disintegrate the main defense line of the Chimera which previously prevented the Light forces from taking full control of the outer Solar System. There will be drastic changes in the outer Solar System from now on until early January next year. It is not a coincidence that astrologically speaking, this will be a time frame of great progress: 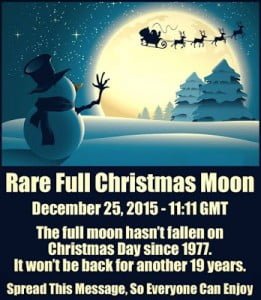 People complaining about my previous post would need to understand that I am not God and I am not visiting outer Solar System on a daily basis and therefore intel about the Kuiper Ring was new to me as well. Nevertheless, it is not a big setback and operations of the Light Forces are progressing nicely. I would also suggest you not to wait passively for the Event, not to make your life dependent on it, but to work actively towards the planetary liberation. To refresh your memory, here are some things you can to when the Event comes:

To prepare spiritually, you can gain more understanding about the etheric, astral and mental planes and learn how to liberate yourself from the Matrix, from this excellent article:

Our Weekly Event Meditation is an important manifestation tool to accelerate the process of liberation and therefore I fully support this call for unity:

Disclosure process through the mainstream media is accelerating. People are beginning to talk openly about future colonies and a future breakaway civilization on Mars:

And about mining the asteroid belt:

In the alternative media, truth about biochips is slowly leaking out. This article reveals the involvement of Siemens in biochip production:

Here we need to understand that biochips were massively developed during WW2 in German concentration camps and distributed among the vast majority of human population inside vaccines by WHO since late 1940s. One huge technology upgrade of those biochips was between 1979 and 1984 and another one between 1996 and 1999. The purpose of those chips was tracking of the general population, mind control and prevention of positive ET contact. All those biochips were completely removed from the surface population by the Resistance which was utilizing advanced distance removal technologies.

A very interesting book has been released about secret space programs. I can agree almost 100% with roughly first half of the book:

If you feel guided, you can still support the Satellite for Disclosure project, and help to bring us all one step closer towards Disclosure: