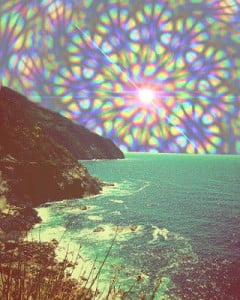 One of the most central mind control pattern has been to simply reverse everything and get people under the illusion that bad things are good, and good things are bad, that they love hate and hate love, at least on a subconscious level. This pattern has gone so far that at this point most people don’t even realize how much it affects them.

The most obvious place to encounter this programming is in the movie business. Horror and other dark occurings are presented in a cynical way and considered to add interest to a story, in fact it has become quite unconceivable to imagine a story without these things, it would seem boring and useless. In this context seeing pain on the screen (and then in real life) has become funny, and loving and peaceful attentions become ridiculous.

This deeply affects people’s sense of imagination and therefore also their choices and what they manifest as creators. This enforces a Stockholm syndrome where people think they love their enslavement and lives of suffering, or at least agree to it to some degree.

This has disconnected people from what a normal life in connection with Source/creator really is. Imagine a life where suffering is not part of a good and fulfilling adventure. Where everything that is needed is being unconditionally given moment after moment, generating an unlimited spiral of evolution in happiness and bliss. 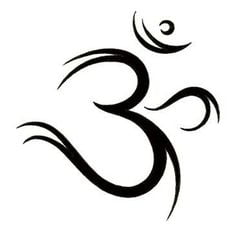 Language is one aspect of our lives where this reversal programming has been deeply anchored. Words are made of archetypal sounds, vibrations, manifestation tools.

It is famous that Lucifer means the Light bearer, but instead that word has been reversed in people’s mind to mean something very dark. The same principle has been applied to many words, especially to those meant to depict the sacred feminine. For example the word ‘monster’ is composed of two syllables : mon and ster which actually mean Moon-Star. The word ‘demon’ actually means Moon Goddess (Dei/Dea in Latin means God/Goddess, from where we get the word deity, and mon is short for moon, like ‘monday’ means moon-day).

The Moon Star is especially interesting because it’s the chosen symbol for islam, and it is also depicted at the top of the OM symbol :

Our subconscious understands archetypal sounds, it hears the same thing in monster and moon-star.

Symbolism is a form of language and it is now famous how so many sacred symbols have been hijacked and their meaning reversed in the mind of the masses. Cobra has summed it up well :

The number 6 is written as a spiral, this is why it has this symbolism.
There are many other less-known symbolism all over mass media. The dark forces are psychopathic, they have infiltrated mystery schools and started using the symbolism but they do not really understand what they’re doing. They see everything as a source of power but do not understand the nature of these powers. A good example of this is the japanese car brand ‘Subaru’, that word means Pleiades in Japanese and the symbol of the car brand is pretty clear :

Back to language, another sacred feminine word that has been reversed is the word Cunt. It means vagina and in the masses mind it now has become a very bad insult. It actually comes from the Sanskrit word Kunda which is associated with Shakti, and from that same root word came the word country (the Earth womb/vagina from where life comes out), and the word kind : ‘being kind’ or ‘the same kind’ are both feminine notions. Originally in ancient times the word Cunt was said to a woman as a very nice compliment about her beauty and feminine power, and it is now seen as an insult by the masses.

This kind of reversal is also very obvious in slang, where all sorts of words with connotations of violence and suffering are used to mean something good : badass, kickass, killer, etc.

This is not new though, it’s been done for centuries. For example why does the word awe-some (meaning it brings ‘some awe’) means good, but the word awful (‘full of awe’) means horrible ?
This also not only concerns english, but all the main languages on the planet.

This reversal programming between good and bad creates compartimentalization in the psyche : we are entrained to think a sound means a certain thing in our conscious mind, while the subconscious mind knows it means something else. Thus it creates walls between the conscious and subconscious, making them more difficult to connect with each other.
This occult programming of language has been clearly defined : we spell words (letter by letter), like magic spells, and we write words, ‘write’ being pronounced just like a rite which is a ceremony (a ritual).

Our terminology is actually a set of terms and conditions, but we can reclaim archetypal sounds and declare our own terms based on truth and explore all areas of our psyche to see what we really choose to accept and love in our reality.