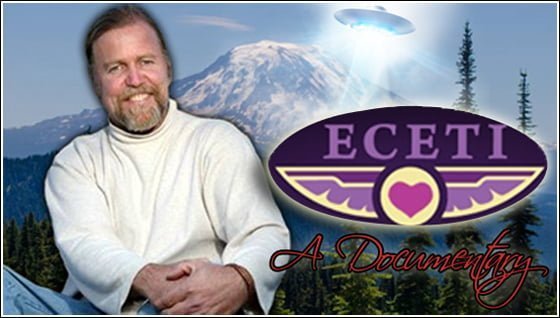 11 th Dimensional Ship and How The Ultraterrestrials Work

Many keep asking about the new kids on the block in their 11D ship. It is an event the other multidimensional light workers have been waiting for as well as the 3D here on Earth. It is like Creators insurance that the awakening and healing process of Humanity and the Earth will continue and be successful. To understand this one must understand how the higher dimensional beings operate. They, for the better part, work through the grids of consciousness and energy. The Earth has been under the influence of the Archons, mainly Draconians for eons. Some call the present grid an Archonic or Draconian grid. It was not the original plan which was to be an Eden, heaven on Earth where the fauna, flora, animals, including the human civilization could evolve to its highest potential. Due to interference on many levels by several species the Earth was hijacked ending up in its present state. Universal Law was replaced by Draconian Law, arrogance and greed and power over others became the rule of the day and as one climbs the ladder of power and wealth one realizes it gets even more decadent. The shift in power moves from seen to unseen forces and those unseen forces care nothing for Humanity and the Earth. To them you are like cattle, a resource, to do with as they wish. Most are afraid to address this, they will hide behind spiritual aphorisms, be lie fs with built in denial, or lay a guilt trip with judgments of spreading fear porn etc. They are the ones if fear, afraid to face the dragon. This is exactly why this Draconian empire was allowed to take over.

Why on Earth would anyone elect as leaders those with a long history of deception and other nefarious acts including murder? The false saintly images of these leaders are broadcasted over and over through their corporate owned media yet when, as a collective are we going to look behind the curtain? Trust me there is more than one curtain. There is the political leadership, the corporate leadership, the illuminati leadership; beyond that is the unseen leadership and it is hideous. If you knew what happens during dark rituals on the highest levels you would be shocked. It goes far beyond pedophile and child abuse it often ends in sacrifice. This is not a conspiracy theory this is brutal honesty. At the top of the malevolent order are beings that are at war with creation.

Look at the condition of your planet. The air is filled with toxic chemicals, heavy metals due to chemtrails. Your oceans are also nuked, filled with garbage, the farmlands are loaded with chemicals, herbicides, pesticides, some with deadly consequences like roundup, etc. The chemical laden over processed food turns your body acidic and you wonder why there is so much cancer? Cancer was virtually unheard of in your recent history. The cures for most diseases have been found and shelved, including cancer and researchers and healers who have the cures are being knocked off by big pharma brute squads. The HAARP, psychotronic weapons, satellite surveillance and frequency targeting the awakening people are fully in effect. Despite all this there are people that still believe it is our government. It has not been for a long, long time. Evil persists when good men do nothing, turn a blind eye to injustice, loose their impeccable integrity and sell out serving the beast. Many have become so programmed they have lost all sense of decency and moral fiber. Climbing the ladder of success is more like descending into a very dark rabbit hole and little by little one looses their soul connection, their God/Creater/Spirit connection eventually owned by unseen negative forces some knowingly some in ignorance. The search for fame, material wealth, power over others is a search in vein. The concept of being better than others or special is a concept of separation and as one separates them selves from unity consciousness they become nothing more than a glorified ego, a painted pony in the herd. They loose connection to the source when they seek power over others and if one looses their soul over material acquisition where is the gain? We have been sold the American Dream, which in truth is a path to hell. The manufactured lack, enslavement through dependency, competition with no moral high ground is pure Draconian and that my friend is what has been running this planet. Is this fear mongering, a real downer? No this is brutal honesty, enlightenment, and both sides of the coin. Enlightenment means to be in knowledge of, all of it. I can look at this without fear, address this out of love for humanity and the Earth and not be spreading fear porn as so many in their spiritual egos, buried in denial would like you to be lie ve.

Many dismiss this because they project their beliefs and values on others refusing acknowledge the obvious. They often say why would they do this it affects them and their families as well. The people involved in these actions against humanity and the Earth come in several categories. There are those who turn a blind eye to what is happening and excuse their participation by saying its my job, I have a family to feed. There are those who are cashing in on the death and destruction. Then there are those who are guilty of so many incredulous acts the people become the threat. If the people realized who they really are, what they have done and to whom they owe their allegiance too it would result in dire consequences to them. In other words the people are the enemy. This is the mindset that allows them to participate in genocidal acts.

There is hope. The hope is you. Your awakening and courage to address these problems and no longer participate. Look for solutions and admit to yourselves the current system of government is not yours and no longer serves humanity or nature. It serves the soulless elite, puppets for an even darker force. It is said a man’s/woman’s character is established by their actions. Considering the condition of society and your environment you are being governed by a collective void of love, joy, integrity, and intelligence. They are not however void of malevolence considering what they are doing to humanity and the Earth. What kind of leadership would destroy the very platform for life if they truly served and cared about humanity and the Earth? That is why the hope is you. Mother Mary said freedom shall not come from religions or governments but through the hearts and minds of the people. An awakening in the hearts and minds of the people is the only way the planetary liberation will be successful. Which leads us back to the 11th dimensional ship and the ultradimensionals, masters, saints and sages who are now pressing forward like never before.

There is a spiritual war happening as we speak. It is also playing out in the physical. The malevolent beings seen and unseen are scrambling, acting like cornered wild animals. They are pulling out all the stops trying to create as much chaos as possible.
The light workers are under attack like never before experiencing all kinds of symptoms. We just have to up our game, create new alliances, do our prayer, meditation and healing work even more so now than ever. These unseen negative influences are trying to derail the awakening and healing process. They are jumping into those who are week minded, unaware and expressing through them. They come through friends, family, lovers what ever door they can find to through you off center. They know their time is up and this is their last ditch effort. We have to become even more steadfast in our self-mastery, maintaining our center in the heart and allow the love of source to flow through us into these scenarios. Setting personal boundaries is a must during these times and if you do not already know how to do so learn how to recognize and heal unseen negative influences. Emotional outbursts, multiple accidents, illness out of nowhere, actions detrimental to humanity and the Earth can all be symptoms of unseen negative influences. Now is the time to choose. Are we going to be victims, participate in the draconian grid riding it down to its eventual demise or are we going to stand in our divinity and take back our power restoring heaven on Earth. There is no more middle ground. We also cannot afford the luxury of denial and non-action. Make your own personal connection to God/Creator/Spirit. Invite the benevolent masters, saints and sages including ultradimensionals to assist you and all humanity. Live according to Universal Law and align yourself with Unity Consciousness. This is the only way through the chaos. We are attaching the process to heal unseen negative influences. Share this with family and friends. Remember you can use this to heal others. The unseen negative influences are already trespassing.

PS Don’t forget the upcoming conference, June 28-july3rd and other amazing gatherings at ECETI as well as listening to As You Wish Talk Radio on the BBS network. www.bbsradio.com Saturday 8pm pst.

Go to www.privateinvitationeceti.com for more information.

Healing is a must for all those who desire to operate in other realms of consciousness. You must have self – authority and maintain control. If you are experiencing negative vibrations, they are either thought forms, limiting mental concepts,psychic bonds or discarnate entities(lost souls) in need of healing. They are bound to the earth vibration due to lower vibrational attitudes and emotions. Some are coercive and desire to manipulate or control.Love heals. Casting out only sends them to another place, another personal . IN all healings, remember that god is love. It is the power of love that heals and lifts., We will give you the following steps to clear the energy.

3.Tell the entities they are healed and forgiven, lifted and enlightened.(repeat is you feel it is needed)

4.Tell them that they are filled and surrounded with the Christ light and the Christ love (or the highest consciousness and energy available)

5.Ask that your chosen representative to take them to their perfect place and highest expression.

6.Ask that all negative thought forms, and limiting mental concepts be dissolved, and lifted into the light of truth.

7.Ask that all psychic bonds be severed, and close their auras to all but spirit of the highest vibration.

Repeat this process until you feel clear. There may be more than one healing to do. Remember that your word is very powerful, and what is spoken on their level manifests instantly. Many enlightened ones use this process before opening. It creates a clear and safe environment and it also lifts the one who is doing the healing. Intent is nine-tenths of the law!

Hope this helps, please share with your family and friends.
If you are interested further, I encourage you to order James books through our website.www.eceti.org

5 thoughts on “Message from James Gilliland”