Prepare For Change
Home Ascension Sunlight: Dermatologists and the Cancer Industry Tell You To Avoid It, Yet... 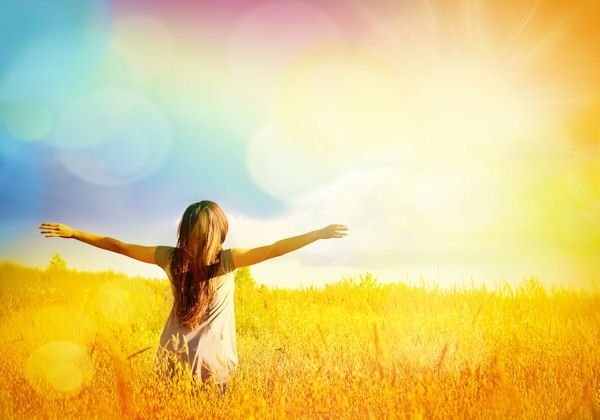 According to researchers, the widespread use of sunscreens promoted by dermatologists and the cancer industry may lead to a significant decrease in solar-induced pre-vitamin D3 in the skin, which actually correlates with a higher risk of cancer.

Why Do Dermatologists Promote Sunscreen?

Quite simply because they like repeat business. Exposure to ultraviolet B radiation in sunlight provides the mechanism for more than 90% of the vitamin D production in most individuals and they know it. Our interaction with the sun is the one thing that may prevent cancer more than anything else.

A study in the American Journal of Epidemiology, showed that women who had at least 21 hours a week exposure to the sun’s UV rays in their teens were 29 percent less likely to get cancer than those getting under an hour a day. For women who spent the most time out side in their forties and fifties, the risk fell by 26 percent and for those above 60, sunshine halved their chances of a tumor.

Comprehensive scientific reviews indicate that 83% of 785 sunscreen products contain ingredients with significant safety concerns. Only 17% of the products on the market block both UVA and UVB radiation which is the intended purpose of sunscreens. The assessment by the Environmental Working Group’s Skin Deep database was based on a review of nearly 400 scientific studies, industry models of sunscreen efficacy, and toxicity and regulatory information housed in nearly 60 government, academic, and industry databases.

Moreover, almost half of the 500 most popular sunscreen products may actually increase the speed at which malignant cells develop and spread skin cancer because they contain vitamin A or its derivatives retinol and retinyl palmitate which accelerate tumor growth.

Sunscreen Does Not Prevent Melanoma

Now what’s fascinating is the claim by public health watchdogs that almost 90 percent of melanomas are attributed to exposure to ultraviolet (UV) radiation from the sun. They claim that regular daily use of an SPF 15 or higher sunscreen reduces the risk of developing melanoma by 50 percent.

Researchers have concluded that UVA exposure has not contributed to the rise in the incidence of melanoma over the past 30 years. UVA makes up 90 percent of the ultraviolet light spectrum of sunlight.

“Our data refute the only direct evidence that UVA causes melanoma, which is not to say that UVA is harmless,” said the study’s lead author David Mitchell, Ph.D., professor in M. D. Anderson’s Department of Carcinogenesis located at its Science Park — Research Division in Smithville, Texas. “UVA is just not as dangerous as we thought because it doesn’t cause melanoma.”

Both UVA and UVB can cause tanning and burning, although UVB does so far more rapidly. UVA, however, penetrates your skin more deeply than UVB.

UVB appears to be protective against melanoma — or rather, the vitamin D your body produces in response to UVB radiation is protective.

The study in PLOS ONE reinforces links between vitamin D status and rates of breast, lung and bladder cancer first made in the 1980s.

There are well over 800 references in the medical literature showing vitamin D’s effectiveness–both for the prevention and treatment of cancer.

Findings from this analysis could help shape healthcare guidelines by placing vitamin D status as a key and primary prevention tool, while promoting more responsible advice on adequate sun exposure.

Information gleamed from this study could also form a basis for primary prevention to slow or reverse upward trends in cancer incidence, treatment burden, mortality, and associated costs.

“Almost every disease decreases in frequency and duration as we move towards equatorial populations, and the data shows that there is a minimum of a 1000 percent increase for many diseases in countries furthest from the equator, however we have obtained the same results based on data through populations and vitamin D supplementation,” said Dr. Anthony Petaku who studies the effects of Vitamin D2 and D3 on mutating cells.

There were 14 million new cases of cancer worldwide in 2012 and 8.2 million cancer-related deaths. In the years ahead, the annual number of new cases is projected to increase to 22 million within the next two decades .

The objective for researchers at the University of California, San Diego School of Medicine, was to determine what blood level of vitamin D was required to effectively reduce cancer risk.

The team were specifically looking for 25-hydroxyvitamin D, the main form of vitamin D in the blood, as a marker for vitamin D levels.

Following an unusual approach, the team combined data from two previous studies. One was a randomised clinical trial of 1,169 women (Lappe trial cohort) and the other was a prospective cohort study of 1,135 women (GrassrootsHealth cohort).

By combining the two studies, the researchers were able to work from a larger sample size and a greater range of blood serum levels of 25-hydroxyvitamin D (25(OH)D).

It is generally accepted that the most accurate measure of vitamin D levels in a person is a blood test. In the Lappe trial cohort, the median blood serum level of 25(OH)D was 30 nanograms (ng) per millilitre (ml). In the GrassrootsHealth prospective cohort, it was higher: 48 ng/ml.

In other words, rates of cancer declined with increased 25(OH)D levels. Females with 25(OH)D concentrations of 40 ng/ml or greater had a 67% lower risk of cancer than women with levels of 20 ng/ml or less.

“It highlights the importance for cancer prevention of achieving a vitamin D blood serum concentration above 20 ng/ml, the concentration recommended by the Institute of Medicine for bone health.”

In a recent study, author Dr Hui Wang, said: “The results suggest vitamin D may influence the prognosis for people with breast cancer, colorectal cancer and lymphoma, in particular.”

The meta-analysis, published in the Journal of Clinical Endocrinology & Metabolism, included 25 studies and 17,332 cancer patients. In the majority of the research included the patients were tested for vitamin D levels before undergoing any cancer treatment. The researchers from Shanghai’s Institute for Nutritional Sciences and other Chinese universities and institutions found a ten nanomole/liter (nmol/L) increase in vitamin D levels correlated with an increased survival rate of 4%

The results suggest the importance of vitamin D for the prevention of cancer and are supported by a number of additional studies that have also found a similar reduction in risk for individual cancers.

One study demonstrated in a hospital-based case control study that women with serum concentrations of more than 60 ng/ml had an 83% reduction in breast cancer risk compared to women with concentrations less than 20 ng/ml.

The wealth of studies has made recommending an optimum blood serum level of vitamin D difficult to establish.

In 2010, the IOM concluded that levels lower than 12ng/ml represented a vitamin D deficiency and recommended a target of 20 ng/ml. Other regulatory bodies have argued for higher blood serum levels of 50 ng/ml or more.

Garland did not identify a singular, optimum daily intake of vitamin D or the manner of intake, which may be sunlight exposure, diet and/or supplementation.

He stated that the current study clarified that reduced cancer risk became measurable at 40 ng/ml, with additional benefit at higher levels.

A 2009 study published in the European Journal of Cancer Prevention, entitled Sunlight, vitamin D and the prevention of cancer: a systematic review of epidemiological studies, concluded that while vitamin D levels/supplementation was only consistently associated with a decrease in colon cancer, sun exposure was consistently associated with a decrease in all four cancer types including four cancer types: breast, colon, prostate and lymphoma.

Exposure to sunlight and vitamin D has been shown to effectively deal with toxins including medications. A study from the Swedish medical university Karolinska Institutet has shown that the body’s ability to break down medicines may be closely related to exposure to sunlight, and thus may vary with the seasons.

Making vitamin D through sun exposure is the natural way to maintain D levels as shown through hundreds of thousands of years of human history.

To make vitamin D, you need UV-B rays to come into direct contact with your skin. UV-B rays cannot penetrate glass, so you don’t make any vitamin D while you’re sitting in a car or by a window at work or at home.

But creating enough vitamin D in your body isn’t as simple as getting a certain number of minutes of sunlight exposure every day because the number and intensity of UV-B rays that reach your skin and lead to vitamin D production is affected by a number of different factors, the main ones being:

1. Your skin color: Lighter skin color allows deeper penetration by UV-B rays, which decreases the amount of sunlight exposure needed for adequate vitamin D production. If you have darker skin, it’s harder for UV-B rays to penetrate your skin and create vitamin D, which means that you need greater exposure to sunlight than someone with lighter skin.

4. Pollution and clouds: Both decrease the number of UV-B rays that reach you.

5. Your age: With each passing year, natural degenerative changes that occur in your skin make it harder for UV-B rays to convert cholesterol in your skin into vitamin D. It’s a known fact that elderly people need to rely more on food sources than sunlight for their vitamin D. At 70 years of age, the average person has approximately 30% of the capacity to generate vitamin D from sunlight that a 20-year old has.

This Article First Appeared On: http://wakeup-world.com/2016/11/28/sunlight-dermatologists-and-the-cancer-industry-tell-you-to-avoid-it-yet-it-prevents-major-cancers/?utm_campaign=Wake+Up+World+e-Newsletter&utm_content=Latest+Headlin