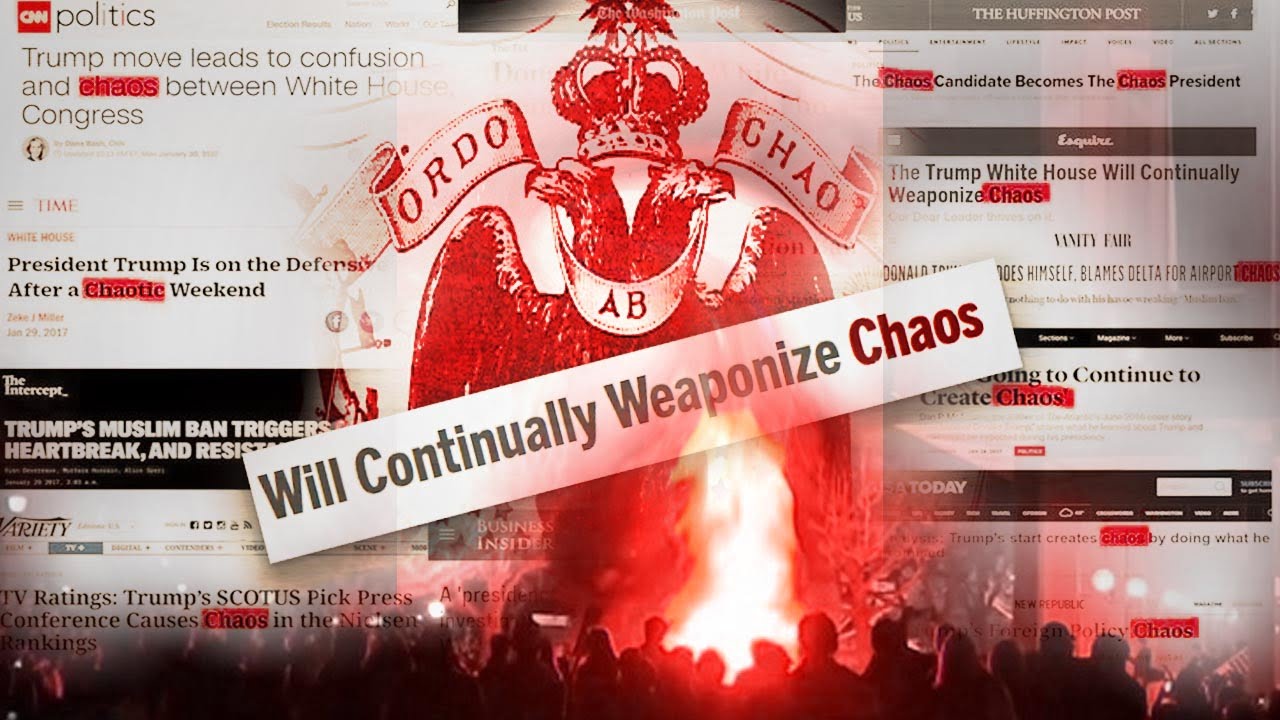 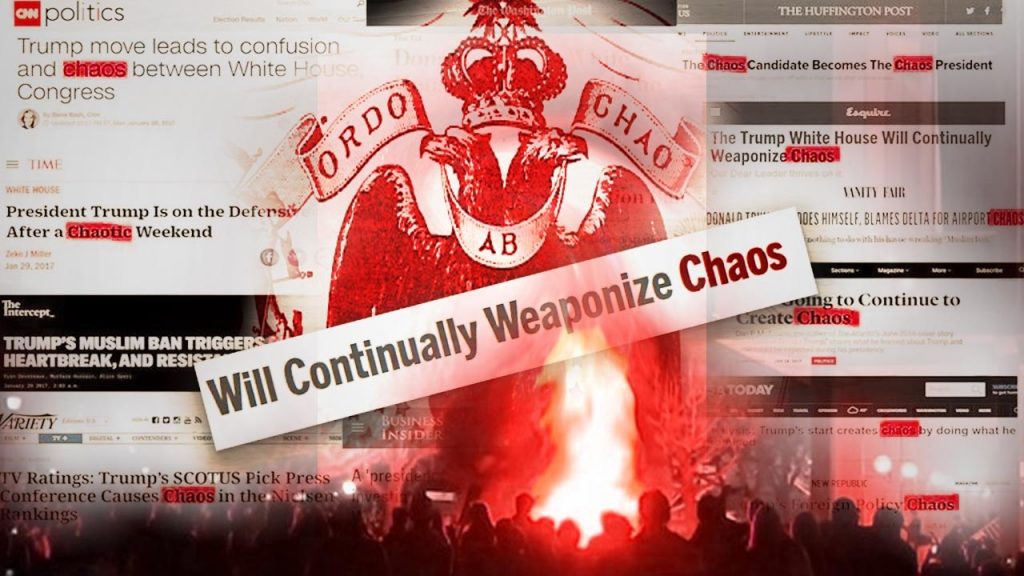 This Week in the News

Let’s talk about the blatant efforts to cause an irreparable rift between the people of our country.

I often compare current events to parenting, and this week is no different. Everything purported to be news is just more bickering.

It’s like when your kids are behaving like brats, and no matter what one kid does, the other kid jumps on it and blows it completely out of proportion like it’s the worst thing in the history of the world. Every outrage is multiplied a thousandfold. Kid 2 drops Kid 1’s pencil when passing it over and suddenly, Kid 2 is accused of a Machiavellian scheme to impale Kid 1 through the heart with a stake that was only disguised as a pencil.

The difference is, the path America is on leads someplace far worse than each side being sent to their rooms to consider their actions and figure out how to get along. We’re headed down a path of division that has become so extreme that it’s hard to see a way back.

America is like a pot of water with the lid on. Unless some of the pressure is released or the heat is turned down, hostility is going to boil over the top and make a huge mess all over the stove.

But here’s the truly scary part. This has to be deliberate. While people still had vehement political disagreements previous to this year, they were not this extreme.

Today, I want to talk about three ways we’re being divided. And not only are we being divided, but the crisis is being egged on by the biased media on both sides. It’s being multiplied by celebrities in Hollywood who are completely out of touch with everyday people. It’s being perpetuated by the politicians who seem to have forgotten they are supposed to be in positions of leadership, not the bullies on the playground who are intent on taking control of the best slide. And never forget the education system, which now seems to be nothing more than an organize effort to stir up discontent.

The division between black people and white people hasn’t been so tense since the days of Martin Luther King. Hollywood, the education system, and the media have been egging on the fight for a while now.

For example, last summer, CNN was busted clipping a statement from a black woman whose brother had been killed by the police. They made it seem as though she was asking for peace, but what she was actually saying was that black people should not burn down their own neighborhoods, but should head out to the white suburbs to protest. You can find the edited clip and the full clip here.

In schools and universities across the country, there has been an unsettling focus on making white kids feel shame simply for being white. There is a full-out war on white students. If you turned this around and shamed the black kids, the outcry would be deafening. So why is this okay? In fact, what it’s doing is setting up the next generation for even more animosity than we are seeing today. It’s setting up white kids to feel like they must defend themselves and that they’re being oppressed, and it’s setting up black kids to believe they deserve more just because they were born black. Instead of teaching that one race is better or more privileged than the other, why isn’t the education system teaching kids to be kind to each other and to appreciate other kids on merits that have nothing to do with race?

Then you have the entertainment industry, which is busy putting out shows with condescending titles like, “Dear White People.” Does anyone actually think that a program with a condescending title like that is going to help with anything? I wouldn’t watch that drivel for a million dollars, any more than I would watch a program that talked about how terrible black people were. It’s inherently racist in its generalization about the “racial transgressions both in academia and wider society.” Thousands of people who canceled their Netflix accounts in protest are being called “racists”…umm… because they are bothered by racism. In response, the white writer for the show, Jack Moore, tweeted: The response to all of this anti-white hatred has been a public resurgence of groups like the Traditionalist Worker Party, which claims to be “fighting for white working families.” In fact, in the little town of Pikesville, KY, they’re having big white people only picnic. Here are some screenshots from their Facebook page:

Of course, counter-rallies are being organized.

Is this really the way forward? Because to me, it seems like it’s the way backward. It sure seems like the people pulling the strings want a race war because if Americans are busy fighting each other, they can’t unite against the real issues.

Then there are the boycotts. It seems like everyone is boycotting someone. Businesses can’t stop taking sides and making public statements, and the ones who lay low are getting targeted too, for not taking a stand. If you buy from a company or don’t buy from a company, you are accused of being a racist-fascist-leftist-Trumpist-socialist-communist … the list of social pressures and name-calling could go on forever.

So basically, you can’t buy anything from anyone without google-searching every member of the board of directors, checking out the Twitter account of the CEO, and cross-checking the political leanings of any person who might make a profit off of your dime.

Geez. And you thought shopping was hard when you just wanted to get the best price or buy American.

Then, last but absolutely not least, there is the violence being unleashed against those with differing opinions. The so-called “tolerant” Left has been debating whether violence is the answer, and it appears their conclusion is that yes, violence is completely justified if someone has a different opinion.

For example, at the University of California Berkeley, protests of such violence erupted before Milo Yiannopoulis’s speaking engagement that the event had to be canceled. Now, I’m not a huge fan of the way Milo communicates – I don’t think blatant meanness is necessary or helpful. However, I can’t deny that he has some good points, and I definitely support his right to say the things he says. If the First Amendment doesn’t apply to unpopular speech, then it is completely useless.

150 masked protesters unleashed violence that caused over $100,000 in damage to the Berkely campus. Two Republican students were physically attacked. A woman wearing a Trump hat was pepper sprayed in the face. The protesters, allegedly from a group called the Black Bloc, broke windows, set fires, and threw rocks and fireworks at police. Even worse, police stood down and let them run amok. One alumnus wrote a profanity-laced op-ed (that is pretty difficult to follow if you try to apply logic), says it is an “act of violence” to insist that protests should be peaceful. (Incidentally, it’s rumored that a George Soros-funded group gave $50K to the group who rioted at Berkeley.)

At a university in Florida, students started a Leftist Fight Club to teach them to physically fight with Trump supporters, the “alt-right,” and Republicans. (Correction: I originally stated this was the University of Florida. It actually occurred at the University of CENTRAL Florida.)

Does anyone else see the irony in people who claim to be anti-fascist shutting down free speech if the opinion differs from theirs?

I think we can all see where this is leading.

When discourse becomes impossible, the checks and balances that keep our country from going too far in one direction cannot work.

When dissent is met with violence, it begets more violence. I can assure you that if my family was under attack because of an unpopular opinion, I’d meet that force with an equal or greater force. Wouldn’t you?

America is being divided, and it simply has to be deliberate. The whole world is watching our demise as we fight in the streets, march in protest, and make mountains out of molehills. The media is abetting the division with every-more-hysterical write-ups. Actual news based on unbiased fact is almost impossible to find.

No one seems to be allowed to think critically. You should see the clamor on social media when I refuse to be either all-in for Trump or completely anti-Trump. Why can’t anyone see that there is good and bad in every administration? Wouldn’t being in close touch with reality be the better way to bring about the peaceful and balanced world we idealize?

Watch this video. Every single one of us is being programmed.