Prepare For Change
Home Awakening EVERYTHING IS RIGGED: From Medicine to Politics to Finance…You Are Living In... 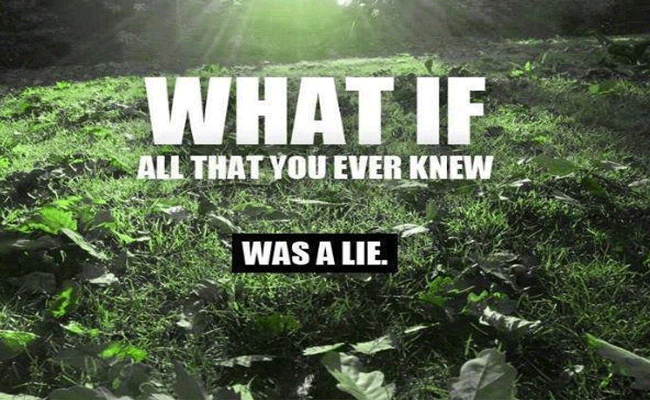 The temptation to think that what you are living may be a lie is too big to ignore. In fact, things should always be under close scrutiny of your intellect and reasoning capabilities instead of blind acceptance and submission.

These lies can vary anywhere from your close ones telling white lies so that you don’t feel bad about something to the government and the media lying to you about life changing issues, such as health, education, politics and terrorism.

The main thing we are going to focus is the big lies you are being told. These lies can cause irreparable damage to some people and they shouldn’t be avoided and forgiven. It’s not a rare occurrence that most of the lies you will get to hear are those presented by the media. Although one of the five core principles of journalism is ‘truth and accuracy’, you will not find the media’s cover-up stories, misinformation and abuse of out-of-context information rare.

Many of the stories you have read turned out to be utter lies that had nothing to do with fairness and honesty. Just from last year, could see the ‘cooked’ Reuters Poll, clearly misinforming a lot of readers, and if you decide to explore similar fairy tales, we will give you some links below.

Mass media fabricated stories are most often the result of media bias. When such thing happens, you can put these six types of media bias in your knowledge base. Sometimes, knowing this information will help you recognize bias without using a fact checking site.

In other times though, you will need to see if the story you are reading is written from a medium which uses a fact checker, the most popular being the Pinocchio Test.The Washington Post, for example, state that they use a fact checker in accordance with the International Fact-Checking Network.

You can also check websites such as FactCheck and Media Bias/Fact Check.

However, sometimes you can’t trust anything. Even though the media can fabricate stories, in many of the cases the stories are just retold statements made by others who chose to lie. How would you feel to know that you’ve been fed poison through food, medicine and the air? Since the mass media is the only means through which information can get to you, it is only fair to mention them here.

The media won’t tell you this, because in these cases, they choose to lean on the words of ‘official statements’ or ‘scientific research and reports’ or to simply ignore certain discoveries and truths.

Such was the case of Cannabis and stories stating ‘the deadly effects of Marijuana’. As an example, an article by the DailyMail leans on claims made by a person with an anti-cannabis background.

Another clue you can notice that this might be a biased article is that is has no sources stated, although it doesn’t report on an interview, but on a so called ‘Expert’s devastating 20-year study’.

However, the mainstream media won’t tell you about the healing properties of cannabis and how useful it can be for society in many aspects, not only health. They are not paid for it.


Have you ever heard a large news organization report on the destructive effects of GMO? Try for yourself!

Go on Google and write ‘GMO Harms bees’ or ‘Destructive effects of GMO’ and tell us which major news organization comes in the results.

The answer is: none.

This is the same for MANY stories that are worth more attention than that which is given to the Cardashians or to some ludicrous attention to rich and famous people or some blatant arguments between politicians.

Many of these stories don’t come from the mainstream media, but can emerge in various different websites. Note that EVEN THEN you will need to check if the story is well supported with facts and arguments. The thing is that the facts are out there and everyone keen on finding them will succeed.

The general public, though, shouldn’t be blamed for accepting such notions as plausible and normal, and this is no thanks to education.

There is a saying which goes: If you want to destroy a country, destroy its education. Education is the foundation to every society, as it teaches the people to be a part of society. Education can be directed in such way to leave people in total ignorance of what is really important.

Education shapes society. This means that its shape will dictate the shape of society. You can see examples of prospering societies that have decided to turn their educational systems to havens for knowledge and individual development. The smartest and most advanced societies invest in proper education which nowadays is far from what education may seem to many other countries.

So how is the education like in most countries? A classroom with an army-like precise order in seating, teaching and testing will produce the same individuals who try to conform to a society which tells them what to do, instructs them on what is good and bad and leads their lives while they are unaware of all of that.

Speaking of presenting the truth, many countries decide to shape their educational materials to their preference. You haven’t learned of genocides on the indigenous Americans in school, nor have you learned anything about Nikola Tesla. The governments are those who represent the people. Lucky for them or not, some of these people have some very deep pockets. The root of the problems doesn’t start from the government. For a person to become a part of the government, he/she needs a lot of finance, and this won’t come from the regular people.

The best backers for politicians are the wealthiest corporations, such as pharmaceutical companies, electrical and oil companies and similar giants in their industries.

What the backer asks in return is complete protection and clearance for every crime against humanity they intend to commit. Such was the case with cannabis, which was shunned for so many years despite the truth. Another case is the hidden truth aboutNikola Tesla’s idea for wireless electricity. The list goes on and on. Monsanto, Oil, Terrorism and many more are topics you should reconsider looking into.

These lies are impregnated in the fabric of society on a daily basis. The government chooses the education, the media, the social media, science and everything you can think of.

While you can’t change some things overnight, the one thing you can change is what to trust in. Always look at things with scrutiny. That doesn’t mean you shouldn’t trust anything you hear, but you should always start with a neutral mind and build your attitude towards information as you discover new information on the way.