Prepare For Change
Home Consciousness Jesus via John Smallman: You Can Only Change Yourselves, But When You... 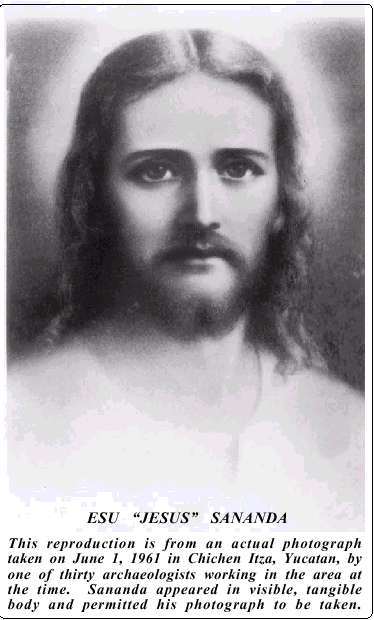 TZ here; As this is channelled material I am obliged to ask for reader discretion.

As you move further into 2017, the changes that are occurring worldwide will intensify and increase in number because enormous alterations in the way in which humans interact with one another are occurring as you prepare for your awakening.

Part of the process is the recognition that the ways in which you do interact must change dramatically if you are to avoid self-destruction on a massive and planetary scale.

Humanity has chosen to awaken, and so self-destruction on a massive scale will not occur because of that choice. Nevertheless that does not mean that everyone can sit back, relax, and assume that all will be well, that all will be divinely taken care of. It is you, humanity, that will divinely take care of the multitude of major issues that must be addressed and resolved so that your awakening can continue to progress to the stage where no one is left behind, ignored, negatively judged and then abandoned.

Every single one of you – every human regardless of race, religion, ethnicity, culture, politics, intelligence, physical or psychological health, wealth, workplace competence, or in fact any personal aspects that can be used to differentiate between any of you – is a beloved child of God created perfect to enjoy eternal life at One with God.

What God creates is eternal and perfect, and has infinite value. What humanity has done is to invent judgment in an insane attempt to build a hierarchy of variable value among you, enabling you to separate good from bad or right from wrong and then attempt to raise a favored few to the level of a god – the unreal god you imagined to be likesome superior form of human that you could aspire to become – an all-powerful judge, and honor them greatly, while discarding those judged of less than acceptable value or bad on whatever value scale you chose to construct as a means by which to make these assessments.

You have been doing this for eons, ever since you established a social order in your tribal societies, and it has always led to disagreement, competition (like the biblical story of Cain and Abel), and then violent conflict. Now that you have the technical ability to make your beautiful planet uninhabitable either due to the dumping of toxins in your lakes, rivers, and oceans, or by the destructive use of nuclear explosives in global warfare, it is essential that urgent steps be taken to ensure that these insane activities are brought to an end.

The vast majority of you want to live in peace and cooperation without any desire for a hierarchy of values separating you into artificial and disparate groups competing with each other. However, at present, due to the acceleration in your awakening process, every one of you has enormous amounts of “stuff” arising all at once that needs to [be] recognized for what it is – ancient memories of mistreatment, bitterness, and resentment that have never served you, but which you have insisted in carrying with you from lifetime to lifetime, and which do appear to separate you into a multitude of opposing camps.

Doing this has led to these memories being very deeply buried within you, way below the level of your conscious awareness, and from there they arise suddenly and powerfully often causing you to react unthinkingly and perhaps also violently in interactions with others.

Most of you have experienced powerful and unexpected feelings of intense anger arising for no apparent reason, and have acted on them in the moment as they arose.  Later on becoming aware that they were inappropriate, you were filled with a sense of guilt and possibly more anger that you again had to direct outwards.

Now, knowing this, when anger arises within you just acknowledge it: “I’m feeling (great) anger, or (intense) rage,” and let it flow through you without expressing it. At first this can be very difficult, and you may well feel unable to restrain yourselves from expressing it, but as your awareness grows that it is just a feeling or an emotion, you can also see that nothing outside yourself is truly responsible for it, and that you can choose to just let it go because it is not you, it is only a feeling which does not and can never control you.

Previously you would have searched quickly and earnestly outside yourselves for a cause – the election result, an unexpectedly large bill, a comment made by someone in that moment or previously – and then justified and blamed your feelings on that event. And of course you have all had the experience of being angry at something that did not affect anyone else in the same way, demonstrating to you quite clearly that all anger is your own internal disturbance and really has nothing to do with outside events

When anger or rage arises do not look for a cause, either outside yourselves or from old memories – thoughts in your mind – instead just acknowledge them and watch as they flow and dissipate. You all are well aware that anger does not last indefinitely, and you are also aware that you can prolong that sense of anger by dwelling on the apparent cause.

But the cause is always within you, arising as a result of a painful and possibly completely unacceptable negative self-judgment of a thought, word, or action that you almost automatically project onto another person or an external situation in order to escape from it.

Release from unwanted emotions or feelings is achieved by acknowledging them: “Wow, that’s interesting . . . intriguing . . . unsettling . . . disturbing . . . frightening . . .” and releasing them without acting on them or judging them.

As you know Love is complete in Itself, It has absolutely no needs and does not sustain anger, bitterness, hatred, resentment, or a desire for restitution or revenge. In fact those extremely divisive characteristics of the illusory environment you inhabit close your hearts to Love. That is why it is absolutely essential that you go within daily, to your holy altars, and open your hearts to the Love residing there in every moment, and invite It to dissolve all that you are clinging to that is not in perfect alignment and harmony with It.

Doing that every day with intent and integrity, by letting go of all judgment and conditionality will bring about great changes within you. You will, through doing this, find peace and contentment as self-love and self-acceptance grow within you. And of course, because all are one, as you change yourselves you change the world which is what so many of you have been attempting to do by demanding or forcing others to change.

You can only change yourselves, but when you do the whole world changes!

“Jesus: You Can Only Change Yourselves, But When You Do The Whole World Changes!” Channeled by John Smallman, February 27, 2017, at https://johnsmallman2.wordpress.com/2017/02/27/you-can-only-change-yourselves-but-when-you-do-the-whole-world-changes/