Prepare For Change
Home Agartha THE NEW EARTH: THERE IS NO DOUBT THAT WE ARE LIVING IN... 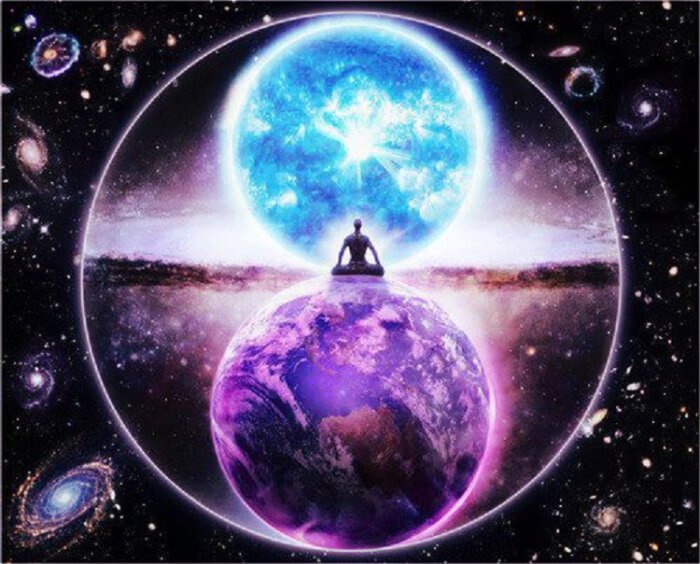 There is no doubt that WE are living in transformational times. The world is shifting out of the old paradigm ruled by fear into a new New Earth of peace and harmony with universal law. For decades the Earth plane has been in the process of returning to alignment with the natural harmonic of the universe, and from now WE will be experiencing an increase in the amount of golden Light being dispensed to Earth from the great central sun. This golden Light activates the Light codes that are needed to manifest the New Earth. New Earth is ONE of peace, balance harmony and the expression of divine LOVE. In the new age of peace we will no longer be ruled by clocks in the ‘time is money’ paradigm, instead WE will be guided by synchronicity.

WE’ve incarnated here at an extremely important time. The crystalline energy body (the grid) of mother Earth is being upgraded and activated with golden Light, and by extension our own crystalline DNA is also being activated, connecting us to the golden akash. The golden akash contains the records of creation that hold our Light memories from past, present and consecutive lives in all dimensions and time. Activation of our golden DNA connects us to the highest aspect of our soul that knows the remedy for every imbalance. Once our golden DNA is activated WE begin the process of purification and raise our vibration to meet the level of christ consciousness, which is complete peace, balance, harmony and ONEness with the universe.

When WE as individuals take responsibility to heal ourselves and share that healing with all beings on the planet, WE will see great change. It’s how creation works. It is the universal energy field that connects us. The more of us that open up and allow the golden Light to flow freely through our energy fields, the stronger the river of divine LOVE will become until eventually everything that does not serve our highest good will be swept away leaving only peace, LOVE, joy and bliss in it’s place.

WE have entered times of great transition. A New Earth is emerging. People are awakening. But old structures are crumbling around us and new ONE´s are not yet in place. Many are experiencing great uncertainty and confusion.

It’s time for those of us who feel called to assist in this planetary awakening to step forward to help usher in this new age of human evolution on the planet.

Before WE can enter fully into this new age of living on the New Earth, WE must first move through a period of transition from third-dimensional consciousness. On the verge of rebirth, WE are now moving into what the Mayans call the “time in between”. The old is beginning to crumble—and the new has not yet fully arrived. It’s a time of confusion and uncertainty.

WE also see more and more clearly the huge inequities in wealth and power across the globe. And WE watch as the world economy teeters on the verge of collapse. These are all signs of old structures dying.

And WE will likely see more disaster-like scenarios for some time to come. This makes sense because WE’re experiencing not only a death process, but a birth process as well. Chaos and confusion are to be expected.

It’s mind-blowing the moment WE live in. Not only are all the world’s indigenous and modern cultures connecting into a global society for the first time in our known history, but WE’re doing it in a reality that is so mysterious that our minds are intertwined at the fundamental level. As duality would have it though; there is madness to this magic.

There’s escalating conflict all across the planet. The global economy is deflating from a decades-old debt bubble. Ignorance, apathy, ill-health and suffering are commonplace. Politics has sold-out. Money rules the rules. Then of course the consolidation of power has been very successful by the oligarchs, who have taken primary control of how money and information is circulated throughout society.

There is a bigger picture though. It is important to understand what WE’re dealing with in all its forms, because if WE align ourselves to it then WE can co-create with it, no matter if it’s of positive or negative charge. Yet regardless of the exact details of all these realities, this is all part of a deeper energetic shift which is not only organic, but being fueled by individual and commUNITY action.

It is right there for us to feel.

It is right there for us to play with.

Many exciting developments are taking place. New paradigms are being built. hUmaNITY’s individual and collective consciousness is expanding. Ideas are being channeled into our world that will revolutionize our future. This is still just the beginning too; it’s the rebirth of an era characterized by true freedom and abundance.

The Control-Matrix is Crashing because the Truth-Seekers are Winning ★

The way the masses view the world is a farce. Every single mainstream perspective is either purposely deceptive, or completely misses the point. Even the people in places of influence who we’re meant to trust have either sold out, or are just plain ignorant to the facts. There’s no need to have a heavy heart though; the matrix of control is crashing because the truth-seekers are dealing heavy blows to the false narratives that have for too long shaped the collective mindset of humanity.

Of course the internet can be celebrated for being the primary mechanism which has amplified the sharing of information across location, race, culture and belief systems. In retrospect, the powers-that-will-no-longer-be would be kicking themselves for not trying harder to institute their insidious plan for humanity prior to the birth and growth of the world-wide-web.

Make no mistake though; they have been very successful on many fronts. For example, try to imagine a world where:

★ The majority of doctors don’t truly understand the causes of poor health and how to legitimately resolve it.

★ A high proportion of politicians don’t know how the money supply works and what the agenda is of those who control it.

★ Many so-called expert scientists ‘believe’ in a discredited philosophy which resembles a dogmatic religion.

★ The majority of teachers don’t realize they’re teaching a system of indoctrination that nowhere near gets close to the information and critical thinking.

★ The masses are not only ill-informed, divided and feverishly fighting against each other over small and irrelevant topics, but they’re also sleepwalking.

Well, welcome to our world.

As WE begin what WE call the 21st Century, every system that should be designed to facilitate the health and vitality of the people has been hacked with lies, deception, dysfunction and disharmony. It’s easy to think that this is an embarrassment for our species because it’s beneath our intelligence and ethical capacity, yet there’s no need to lose faith in the inevitable betterment of hUmaNITY, including the way in which we organize and economize our societies.

Why? Because all of this dysfunction has been an effective driver of the collective awakening that is rising in the hearts and minds of hUmaNITY.

The inspiring fact is that more and more people are slowly waking up and realizing we all have the opportunity to come to our own, informed opinion on the truth, pertaining to both the spiritual and systemic realities. So many more people now understand the mainstream news is not to be taken seriously as its not where we can find information which is aligned with the deeper truths. They’re also acknowledging that we have the choice on what we decide to personally stand and fight for, as well as the legacy we leave for our children and our future generations.

Beware though; once we exit the matrix of control we’re faced with some serious challenges. We have a lot of inner work to do, such as designing a philosophy that ensures we’re at peace, as well as exercising patience in the quest to take back our liberties and design a legitimate and honorable future for humanity.

That’s why we’ve got to feel for those who have been long aware of the many dysfunctions of our world, especially those who have not learned peace and patience. Slowly they’ve watched:

★ The military-industrial-media-politico-banking complex increase their power and continue their pillage across the world.

★ Pharmaceutical monopolies amplifying the drugging of society, as well as keeping many of us sick so that they maximize their profits.

★ Movements rise up only to be vilified and disassembled, such as the occupy movement.

★ Science turned into a corporate institution, as well as further hijacked by an inaccurate and small-minded philosophy of reality.

★ Wars purposely created with millions of people dying for the whims of the shadow empire.

★ Radical extremists massaged into proxy armies to do dirty work for the collapsing power structure.

★ Police being militarized all around the globe.

★ the education model struggling to become less of an indoctrination system.

Some people have known about much of this for decades, so WE should commend them for continuing to fight the good fight. They might have witnessed some disheartening developments, yet as much as all this sounds dire, they’ve also seen millions of people disengage from the propaganda narratives and align themselves with the systemic and spiritual pathways that will be the next stage of our evolution.

After all, the truth is what it is, and it is exposing itself to the world by powerfully flowing through all of us.

Don’t get frustrated, don’t be rude, don’t belittle, don’t condemn. WE all had to wake up at ONE stage so its hypocritical if WE are. Instead, be calm, be cool, be real, be articulate. Know the information that you advocate like the back of your hand. If WE want to be successful in helping others to face the delusions then WE need to ensure their defense mechanisms aren’t raised so they’re more likely to be open and receptive to embrace the truth.

And ONE more thing; hang in there guys and be patient, WE’ve still got a long, arduous way to go but WE know all the effort will be worth every second.

LOVE, ONE Inner Light & a New Earth to EveryONE ★