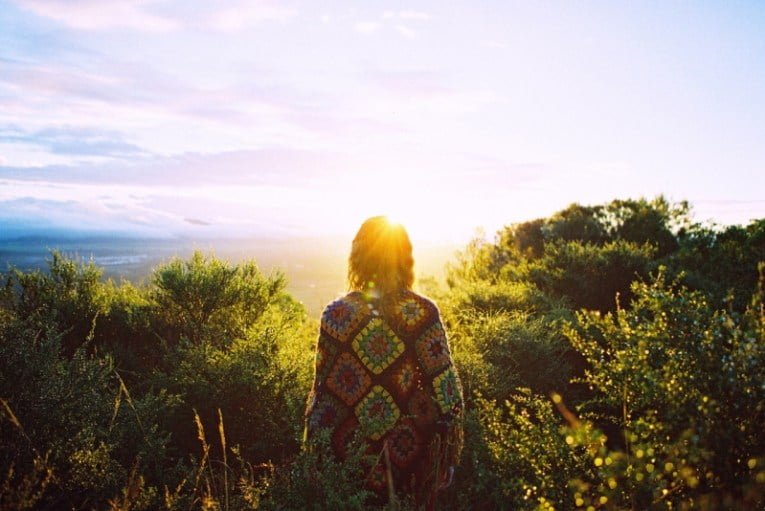 It is becoming increasingly important for humans to understand the extensive partnership they have with nature, especially when focusing on issues of form and consciousness and all that this combination implies. We are in an interesting time in human development where the desires and needs of the human soul on Earth completely outstrip the ability of the present support frameworks. By this we mean support frameworks in all areas: agriculture, science, physical health, mental and emotional health, government, social, education…

The development of the human soul collectively on Earth has surpassed the development of its support systems. In the nature-dominant environment that existed on the planet prior to 1932, the human soul could more easily develop support systems that were compatible. One reason for this is that nature was abundant and could accommodate every human’s needs. (We do not mean to imply that all needs were met, only that all needs could have been met had humans so chosen. The physical means for all human support could have been met at any time because of natural abundance.)

Since then, this balance has shifted and the planet has become human-dominant. Nature is no longer abundant enough to accommodate human needs and desires without careful consideration regarding the larger picture. We don’t see this as a “bad” development. If ignored, however, it would be a dangerous development for all. But it is also a development that is forcing the human soul to expand on every level in order to address and survive the severe challenges that the shift to a human-dominant planet has created. Prior to this shift, individual human souls could expand and develop in ways that were not associated with survival. In short, there was a sense of leisure around this kind of expansion. The individual had a lifetime to expand his understanding from a broader perspective, while at the same time he devoted his efforts and energy primarily to those activities that served to support his day-to-day physical survival. Now, for the sake of survival on all levels, the human soul is required to make this shift, this expansion, and to do it quickly.

The present support systems were designed to best address human survival in a nature-dominant era that existed within a Piscean context (parent/child emphasis). Now the shift to a human-dominant era is being affected by the Aquarian impulses (partnership, balance and teamwork emphasis). All of the previously workable support systems are crumbling. At the same time, humans are expanding. By this we mean that the human in the conscious state is expanding to enfold the human spirit in the unconscious state.

With this fusion, when it occurs, the unconscious becomes conscious. Humans are beginning to understand in an immediate and personal way that life is far broader and more complex than they ever before understood. This expansion does not occur in a vacuum. It requires support on all levels (physical, emotional, mental and spiritual) in order for it to be stabilized and maintained. So humans are expanding in their efforts to address serious survival issues on all levels, while at the same time they are having to function within a collection of frameworks that were never designed to meet the pressures of the present issues. There is an ever-expanding gap between today’s expanding human and the planet’s various social support systems’ capabilities.

We have not gone off the topic of presenting the co-creative process with nature. We are giving you the background needed to understand the crux of the issues that humans face as well as why it is now so imperative for them to link in conscious partnership with nature in order to develop the support systems of the future—and we mean the near future!

The expansion of the human system requires that the expertise of nature in the areas of the relationship of five-senses form to energy and involution (bringing spirit and purpose into form) be tapped in direct proportion to the expansion. In your vernacular, the intensity and complexity of the game have increased to such a degree that the relative simplicity of the old support systems has been rendered ineffective. Humans must become partners with nature in order to establish the systems that will support the new complexity.

Don’t forget – the expansion of human consciousness to enfold its own unconsciousness includes the grounding of the entire expansion into form. Otherwise, the expansion will either falter or take on an ungrounded air and be useless. This expansion process is what is referred to as your higher self and the invisibles (evolution). The grounding of the expansion and its expression through form is what is meant by “the involution” (nature). The human soul is being pressed to open beyond or soar above the existing support systems on the planet in order to see the new. To properly support this expansion, the development of systems enfolding the balance between the involution dynamic and the evolution dynamic is imperative.

And this is what nature can give you now. It understands the relationship of energy to five-senses form, and it knows what is required in order for the direction and purpose of spirit and soul to become perfectly seated into form in balance. As we have pointed out a number of times, nature is the master of involution and the expert in matters involving the relationship of energy to five-senses form. In order to create support systems that respond to this new demand of human souls seeking to ground a broader picture of reality into form, man must turn to nature.

Nature does not mean to imply that if man turns to it for the needed development of his support systems that this development will be effortless or perfect. It has no intention of perpetuating a parent/child dynamic in its relationship with mankind. It has no intention of dictating structure and process. In fact, this would be impossible. Humans must supply intent, purpose, direction and need when it comes to systems development. With this definition, nature will seek to supply the best structure in which to accommodate and move intent, purpose, direction and need. It is a true partnership we seek. Nature will not interfere with or attempt to alter the human evolutionary thrust. Nature is here to assist and accommodate this thrust.

In medicine, humans have seen the relationship of nature to themselves in the areas of nutrition, natural medicines and stress relief. Humans do not see themselves as nature/human soul systems requiring involution/evolution balance. Instead, they see themselves as souls utilizing nature for the purpose of evolutionary growth. Nature has been the servant of the soul while the primary thrust of the human has been evolutionary. This cannot and does not work. The human system itself is a partnership between soul and nature, and its thrust, its primary focus, is the involution/evolution balance. When in form, and we mean by this any existence within the band of form, the human must strive for involution/evolution balance in order to achieve evolutionary movement. Without this balance, there is no evolutionary movement, activation, or change. The involution is the tool of the movement, activation and changes required by the evolution.