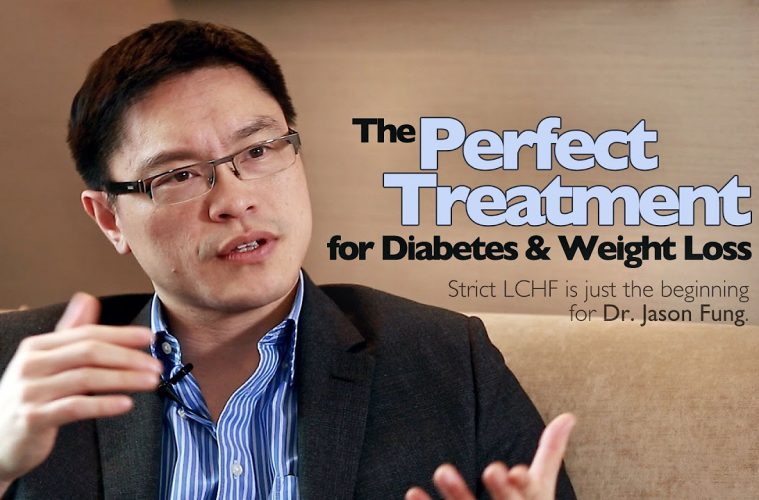 “Everyone has a physician inside him or her; we just have to help it in its work. The natural healing force within each one of us is the greatest force in getting well. Our food should be our medicine. Our medicine should be our food. But to eat when you are sick is to feed your sickness.” – Hippocrates

Fasting has not received as much attention as it should when it comes to the world of health and medicine. That’s because you can’t really make any money off of it. The ‘pharmaceutical science’ studies used in medical schools to teach doctors about human health simply don’t focus enough on fasting for doctors to be knowledgable in the subject. Doctors also learn very little about nutrition and are trained to prescribe drugs as a result.

Dr. Jason Fung is trying to change all that. A Toronto based nephrologist, he completed medical school and internal medicine at the University of Toronto before finishing his nephrology fellowship at the University of California, Los Angeles at the Cedars-Sinai hospital. He joined Scarborough General Hospital in 2001 where he continues to practice and change peoples lives.

For example, a recent study published in the journal cell shows how a fasting diet can trigger the pancreas to regenerate itself, which works to control blood sugar levels and reverse symptoms of diabetes.

Mark Mattson, one of the foremost researchers of the cellular and molecular mechanisms underlying multiple neurodegenerative disorders, like Parkinson’s and Alzheimer’s disease, has shown through his work that fasting can have a tremendous effect on the brain, and could prevent or even reverse the symptoms of multiple neurodegenerative disorders. You can watch a great TEDx talk he gave on the topic here.

Other studies have shown how fasting actually fights cancer and triggers stem cell regeneration. You can read more about that and access those studies in an article we published last year, here.

There is absolutely no evidence, for the average person, that fasting can be dangerous. If you’re on prescription medication, or experience other medical problems, then there are obviously exceptions. But it’s quite clear that the human body was designed to go long periods of time without food, and that it’s completely natural.

“Why is it that the normal diet is three meals a day plus snacks? It isn’t that it’s the healthiest eating pattern, now that’s my opinion but I think there is a lot of evidence to support that. There are a lot of pressures to have that eating pattern, there’s a lot of money involved. The food industry — are they going to make money from skipping breakfast like I did today? No, they’re going to lose money. If people fast, the food industry loses money. What about the pharmaceutical industries? What if people do some intermittent fasting, exercise periodically and are very healthy, is the pharmaceutical industry going to make any money on healthy people?” – Dr. Mark Mattson (taken from his TEDx talk linked above)

Dr. Fung recently published a book, co-authored with Jimmy Moore, titled “The Complete Guide to Fasting: Heal Your Body Through Intermittent, Alternate Day, and Extended Fasting” It’s a great book that puts to rest the fears and myths associated with extended water fasting. He also recently published “The Obesity Code: Unlocking The Secrets of Weight Loss”

Fung, like 90 percent of doctors out there was conventionally oriented. He is a kidney specialist, and many of his patients had/have type 2 diabetes as a result of that. It eventually became clear to him that something was very wrong with the conventional treatment of type 2 diabetes.

With Type 2 diabetes, patients who take insulin and follow the recommended dietary guidelines would still have several complications, mainly kidney disease. Because of this, they can go blind, require dialysis or even require amputations.

In the interview below with Dr. Joseph Mercola, Dr. Fung addresses multiple myths and issues that are commonly brought up about fasting. And dives into explaining how fasting does not burn muscle, how it can reverse diabetes, addresses the ‘Starvation Mode’ myth, explains the role of insulin, discusses different variations of fasting and much more.

Be sure to visit his website, where you can find information on him, his practice, results, lectures and article that he continually publishes every month.

“Humans live on one-quarter of what they eat; on the other three-quarters lives their doctor.” – Egyptian pyramid inscription

One recommended way of doing it, which was tested by the BBC’s Michael Mosley in order to reverse his diabetes, high cholesterol, and other problems associated with his obesity, is what is known as the “5:2 Diet.” On the 5:2 plan, you cut your food down to one-fourth of your normal daily calories on fasting days (about 600 calories for men and about 500 for women), while consuming plenty of water and tea. On the other five days of the week, you can eat normally.

Another way to do it, as mentioned above, is to restrict your food intake between the hours of 12pm and 7pm daily, while not eating during the hours outside of that time.

It’s Good To See More And More People Becoming More Conscious About Our Planet, And What Is Happening On It

It’s great to see more people take an active role in doing some independent research and critical thinking. Disease rates are skyrocketing and have been for quite some time. A large portion of this can be attributed to our eating habits and all of the toxic and harmful substances we put into our bodies regularly.

Over the past few years, the food industry has been exposed in several ways, whether it’s issues concerning GMOs  and the pesticides that go with them, or all of the examples of pharmaceutical fraud. All of it is a result of a massive shift in consciousness that’s happening on our planet, where so much is coming to light in all aspects of our every day lives, food and health is just one.

Fasting is also sparking the interest of many because, along with this consciousness shift, comes awareness of a world beyond our physical one. This realm deals with near death experiences, quantum physics, parapsychology, and our overall spiritual nature and the proof that’s emerging that we are more than just this body, and that human beings do indeed have a spiritual nature.

The fact that modern day science, in many instances, is catching up to ancient wisdom is quite exciting. Not only in neuroscience and quantum physics, but health as well.