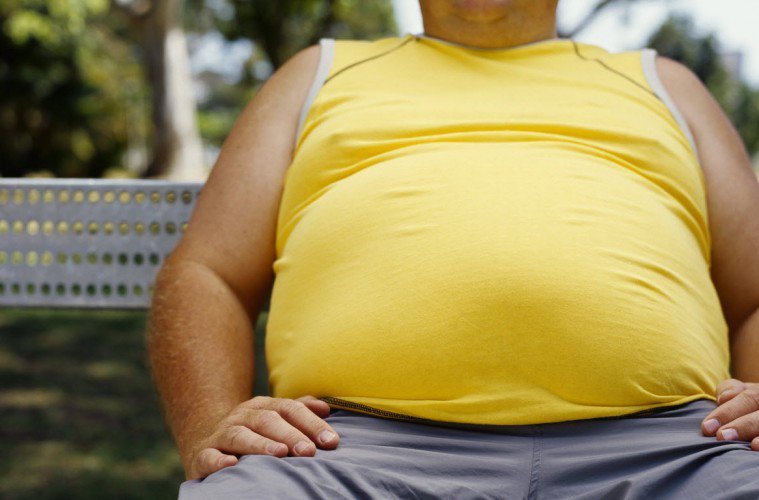 “If you are 40 years old now, you’d have to eat even less and exercise more than if you were a 40 year old in 1971, to prevent gaining weight.” York University Press Release (source)

A study conducted by researchers at York University in Toronto, Ontario, who “set out to identify whether the relationship between number of calories consumed, amount of physical exercise, and intake of macronutrients (protein, fat, carbohydrates) with obesity has changed over time,” has been published. You can read that full study here.

Please keep in mind, we are raising awareness here about obesity and why it can be harmful to your health. We believe addressing core issues around weight challenges is a key solution here.

“Our study results suggest that if you are 40 years old now, you’d have to eat even less and exercise more than if you were a 40 year old in 1971, to prevent gaining weight. . . . [and[ it also indicates there may be other specific changes contributing to the rise in obesity beyond just diet and exercise.” (source)

A press release from York university points out how weight management is much more complex than the average person realizes. According to the lead author of the study, Professor Jennifer Kuk,  it is “actually much more complex than just ‘energy in’ versus ‘energy out.’ That’s similar to saying your investment account balance is simply your deposits subtracting your withdrawals and not accounting for all the other things that affect your balance like stock market fluctuations, bank fees or currency exchange rates.”

Kuk explains how our body weight is impacted by our lifestyle and environment, and lists a number of reasons why “ultimately, maintaining a healthy body weight is now more challenging than ever.”

Studies like this are important, especially given the fact that the past several decades have seen a very dramatic increase in the prevalence of obesity in both developed and developing nations.

Although Professor Kuk and her colleagues did not come to any firm conclusions, they did suggest some possible contributing factors we might want to take a look at.

“Additional novel factors that may be contributing to the obesity epidemic include increases in pharmaceutical prescriptions associated with weight gain, higher maternal age, reduction in variability of ambient temperature, decreased prevalence of smoking, inadequate amount of sleep and low calcium.” (source, pg 8)

This is definitely a big possibility, and several studies have come to this conclusion. This study cites four. (Source 1)(Source 2)(Source 3)(Source 4)

Experts report that up to 25 percent of people who take antidepressants can expect to put on an extra 10 pounds or more. (source)

It’s no secret that prescription drug use has been associated with weight gain and other unhealthy side effects. Despite the fact that governments around the world market them as completely safe, death by medicine is a 21st century epidemic. You might not know it, but prescription drugs actually kill far more people than do illegal drugs.

In June 2010, a report published in the Journal of General Internal Medicine found that of 62 million death certificates, almost a quarter of a million deaths were labelled as having occurred in a hospital setting due to medication errors. Approximately half a million preventable medication-related adverse events occur in the U.S. every year.

The latest example of this comes from an independent review that found that the commonly prescribed antidepressant drug Paxil (paroxetine) is not safe for teenagers, despite the fact that a large amount of literature already previously suggested this. The 2001 drug trial that took place, funded by GlaxoSmithKline, found that these drugs were completely safe, and used that ‘science’ to market Paxil as safe for teenagers. You can read more about that here.

All this is because prescription drugs really aren’t as safe as they are marketed to be, and alternative means for medicating oneself are not even made known to the patient or studied by most doctors. If it isn’t a pharmaceutical grade, manufactured, chemical based drug, it is most often ignored.

“The medical profession is being bought by the pharmaceutical industry, not only in terms of the practice of medicine, but also in terms of teaching and research. The academic institutions of this country are allowing themselves to be the paid agents of the pharmaceutical industry. I think it’s disgraceful.”  – (source)(source) Arnold Seymour Relman (1923-2014), Harvard Professor of Medicine and Former Editor-in-Chief of the New England Medical Journal

So when it comes to these prescription drugs, there is a lot more to look out for than just weight gain, and it’s important to take all these factors into consideration when looking honestly at our health.

“Recent studies have observed that persistent organic pollutants, chemicals that can be found in food and everyday products, are associated with higher BMI and waist circumference and may be partially attributable to the rise in obesity rates. As well, the majority of agricultural beef cattle are given exogenous sex steroids in order to increase weight gain and feeding efficiency. Although there are concerns that this may influence human health, more research in this area is needed.” (source, pg 8)

Many common household products contain endocrine disruptors, some of which are structurally similar to hormones such as estrogen and therefore can affect a person’s normal bodily functions. Examples include bisphenol-A (BPA), PCBs, phthalates, triclosan, agricultural pesticides, and fire retardants.

Research also suggests that antibiotic-ridden meat has the same weight gaining effect on humans who consume it as it does on animals.

Billions of pounds of chemicals are sprayed in the United States alone every single year. Recent studies have shown how several of these chemicals, like Glyphosate (active ingredient in Monsanto’s RoundUp Herbicide), are detrimental to human health, so it comes as no surprise that they could be considered a factor for weight gain.

“It is commonly believed that Roundup is among the safest pesticides. . . . Despite its reputation, Roundup was by far the most toxic among the herbicides and insecticides tested. This inconsistency between scientific fact and industrial claim may be attributed to huge economic interests, which have been found to falsify health risk assessments and delay health policy decisions.” – R. Mesnage et al., Biomed Research International, Volume 2014 (2014) article ID 179691

“Children today are sicker than they were a generation ago. From childhood cancers to autism, birth defects and asthma, a wide range of childhood diseases and disorders are on the rise.” As The Environmental Magazine reports, PANNA’s assessment of the latest science “leaves little room for doubt; pesticides are one key driver of this sobering trend.” October 2012 report by Pesticide Action Network North America (PANNA) (source)(source)

“Studies on the intestinal bacteriome are revealing significant variations in gut microbiota between obese and non-obese animals and humans. These variations may cause a greater amount of caloric extraction from indigested dietary substances, which may increase body weight even when caloric intake does not increase.” (source pg 8)

It’s known that certain bacteria living in the gut do have an impact on weight gain and obesity. The study argues that because our meat consumption is much higher today than it was just a few decades ago, we could be unwittingly altering the environment of our guts. This seems like a fair assertion given the fact that many of these animal products are pumped full of hormones, antibiotics, and steroids. Another factor mentioned in the study was our increased consumption of artificial sweeteners and refined, processed foods in recent years.

Artificial sweeteners have been shown to stimulate the appetite, increase cravings for carbs, and stimulate fat storage and weight gain. They trick our brains into thinking they’re receiving sugar, and when no sugar arrives, the brain signals that it needs carbs — hence a weight gain promoting cycle ensues.

Mentioned throughout the study is the reality that human lifestyle isn’t what it used to be. Previously, we were much more active, spent more time outdoors, and were surrounded by far more green space. Today, most of us spend the bulk of our time sitting still at work and in front of the T.V. screen after work. Unfortunately, obesity has become a major niche for various weight loss products, even though a healthy diet and adequate exercise, along with avoiding chemicals, should be enough to keep our weight down.

I also believe we eat too much and that this is not natural for our biological systems. I feel this is evinced most strongly in  studies which examine the benefits of caloric restriction. All of them show a prolonged lifespan and the retardation of age-related chronic diseases in a variety of species including rats, fish, flies, worms, and yeast. I believe this is also evident by all of the science that’s now emerging showing what intermittent fasting does to the human brain and body. You can read more about that here.

You can learn more about this here: 11 Reasons Dehydration Is Making You Sick & Fat

Have you ever stopped and asked yourself, “Are my thoughts really my own, or are they given to me?” I certainly have, particularly when it comes to certain perceived ‘wants’ and ‘needs’ that I feel. Most of these desires are the result of being subjected to heavy marketing by big corporations. Food corporations are of no exception, and it’s no secret that kids are the primary target for junk food marketing.

“We can see this clearly in check-out lines, where chocolate bars, candy, and soda are strategically placed at the eye levels of children. This type of marketing must be working, because one out of three (1/3) children in the US today are considered obese. Kids are not exposed to marketing via brand licensing, product placement, schools, stealth marketing, viral marketing, DVDs, games, and the internet. According to a 2013 report by the Institute of Medicine, children aged 2-11 now see an average of more than 10 television food ads per day.” – Joe Martino, founder of Collective-Evolution.com (source)

Obesity is, arguably, the biggest global health threat our world faces today… think about that for a minute.

What You Can Do

Bottom line, in my opinion and based on my own experience, the best way to maintain a healthy weight is through a good diet and a decent amount of exercise, along with the avoidance of all types of junk food containing chemicals and additives. Easier said than done, I know, as some of these foods are made to be addicting, and in fact, sugar cravings aren’t that much different from a heavy cocaine or herion addiction. Although breaking some of these habits goes beyond willpower alone, I still believe, if there is a will there is a way. It’s your choice, and in a world where it’s becoming increasingly difficult to stay healthy, becoming aware of our surrounding environment and what we are doing to ourselves is of utmost importance.

4 thoughts on “6 REASONS WE’RE FATTER THAN 30 YEARS AGO, IT’S NOT FOOD OR EXERCIZE…”