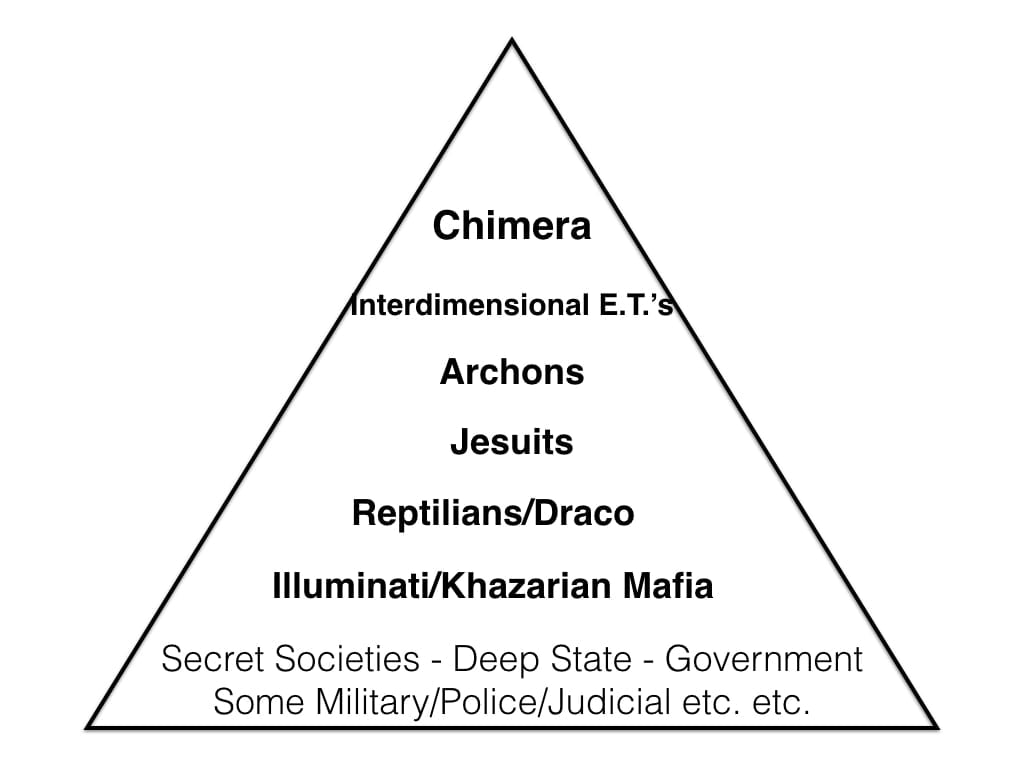 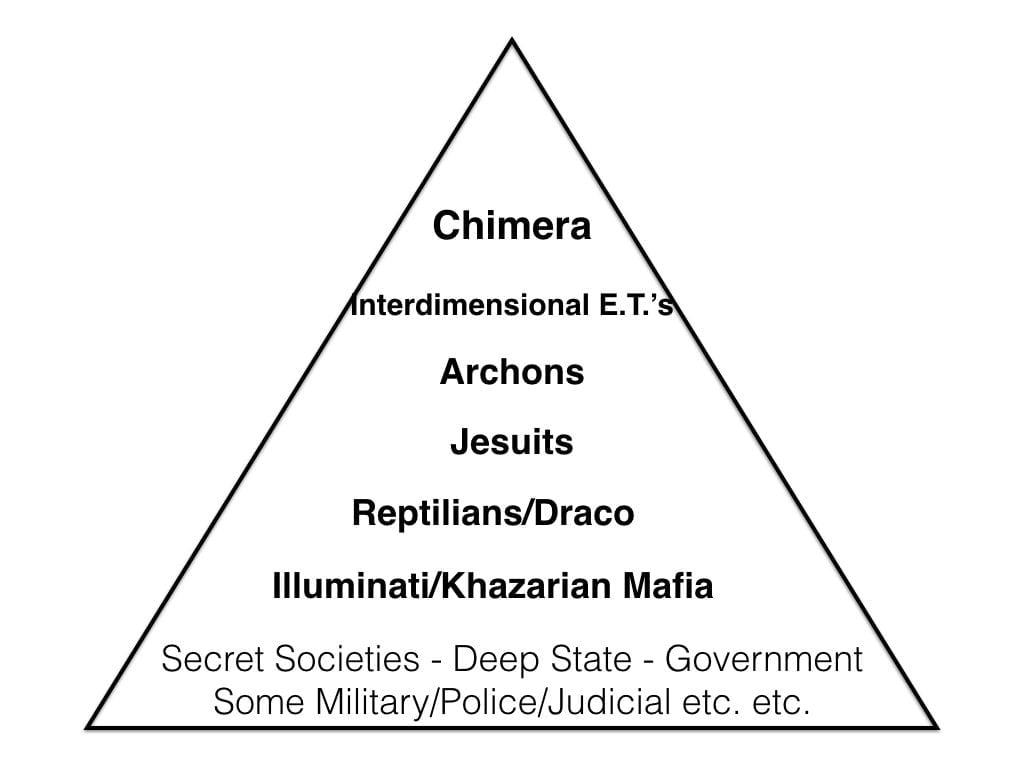 The Cabal:  a general term for any and all of the Dark Force hierarchy, either separately or all together.  Here we are going to do a few levels of separation, so we all can learn the subtle differences of darkness and how they have controlled us.

(rp0516) Rob: Yeah, that’s what I’ve been feeling to. Many people are waking up and are not aware of the lower level Cabal members who are responsible for evil programs working within a subtle series of groups like the Illuminati, Freemasons, CFR, (inaudible), RAND, IMF, World Bank, World Health Organization, the Committee of 300, multi-national corporations.

And, of course, the American, I guess we could call it political octopus of the DOJ, the NSA, the CIA, the CDC, Department of Justice, Department of State, and even now the Atmospheric and Engineering is having deep secrets with all of the chemical spraying.

However, most of the population is not aware that these Earth organizations are controlled by hostile, renegade ET groups, Omegans, Reptilians, Greys, insectoids, Tall Whites, and others.

I’m going to ask you, is this inter-dimensional war that is totally raging at this time . . . will the population ever get a clear history of the Earth’s dilemma on a mass scale or before the Event? Or will all this info. come after the Event?

We’re getting snippets of this and snippets of that, but it’s not being released in one fell swoop because there’s so many groups. Can you tell us about that? So many people want to know who’s who and what’s going on.

And behind the Jesuits you have the Archon families. They are old lineages that came from the Andromeda galaxy a long time ago and have been incarnating in certain select families mainly in Europe. And they are the ones controlling the Jesuits which are controlling the Illuminati. And behind them are inter-dimensional ET entities and the Chimera group.

Regarding the Reptilians, the Draco, that you have just mentioned, most of those have been cleared out and they are not having as much influence on the planetary situation anymore. And this is just to give you a little explanation of what’s going on. (rp0516)

Some of the ways Humans are Controlled: 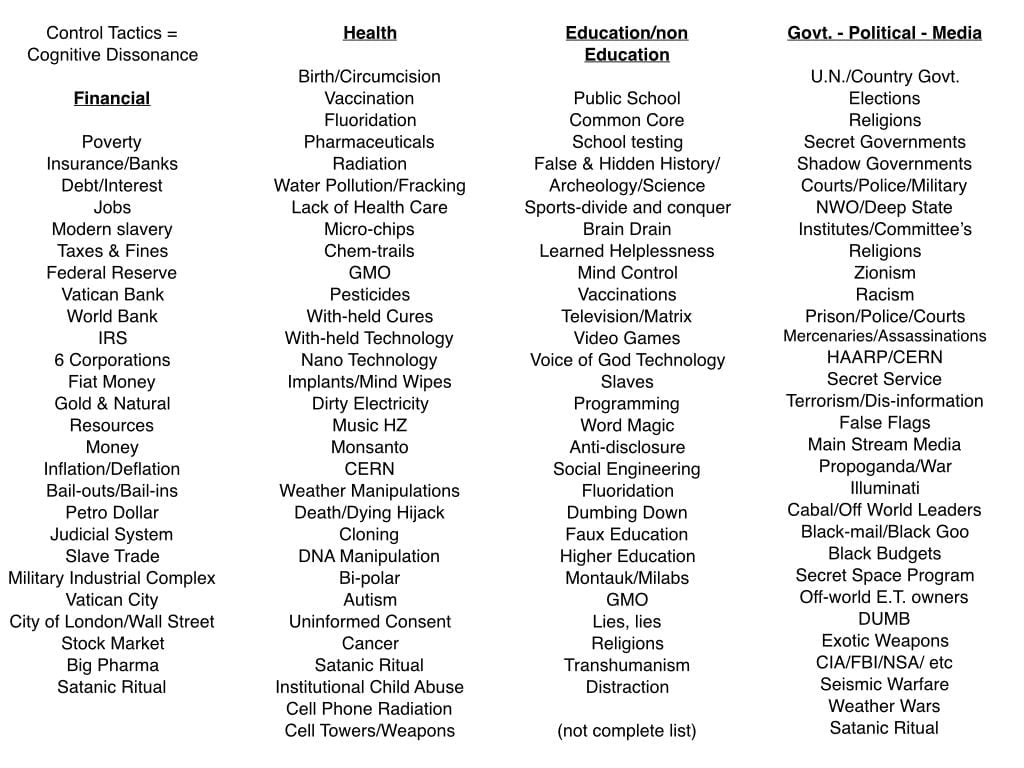 “Currently the Jesuits are the main operational task force for the Archons to maintain the quarantine status for planet Earth. Their previous superior general Hans Peter Kolvenbach is instrumental in keeping the fear vibration among humanity on the surface of the planet.”

It has been reported in the news that Kolvenbach died on November 26th, 2016, in Beirut. According to your sources is he actually dead? If he is dead, what does that mean for disclosures and justice in regards to 9/11 and 3/11 attacks?

COBRA – It means that one of the major perpetrators of this have died or shall I say have been removed from the planet but he was not the only one and he is not the only one who was preventing the truth about this to come out. There was actually a whole group and this group has not been removed yet. But each of them that has been removed does make the situation easier and this is one of the reasons why we have so many releases about various topics that were not happening before. [PFC 0317]

(ru0317) Question: David Icke had stated that the Queen of Great Britain and most of the kings of Europe, as well as some US presidents, are all related to one reptilian bloodline. How about the Russian Tsars, were they related to the royal line of the reptilians too? Please, clarify the situation with this.

A: Excellent. God, it’s so exciting. Now, you had talked a little bit about, um, the removal of the cabal needs to happen first before, this event takes place.. correct?

Cobra: Yes, actually the removal of the cabal happens at the event.

This article is meant to inform.  The physical removal of The Cabal will be extremely helpful, but what can you or me do today?

What YOU can DO