Prepare For Change
Home Ascension If DNA is Software, Who Wrote the Code? 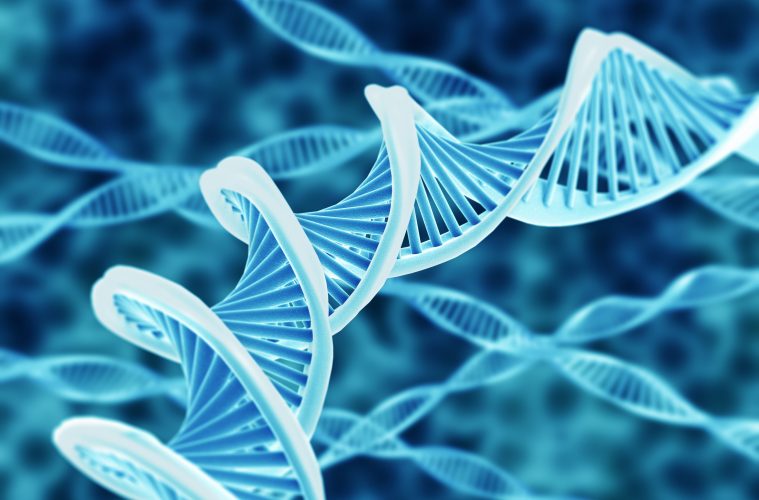 Recently an article in SF Gate by Deepak Chopra and Pankaj S. Joshi, PhD – “Can There Be a Science of Consciousness?” — had this amazing quote:

“By taking for granted the obvious fact that it takes a mind to do science, we’ve reached the point where science is leaving out the very component that might answer the questions that urgently need answering, not because philosophy demands it but because science does.”

As a longtime admirer of Deepak’s work, I had reached out to him on several occasions because I felt his most recent book, You Are the Universe, co-authored with Menas Kafatos, PhD, resonated with my own ideas about the significance of sequencing (or decoding) DNA.

The mystery of DNA to me is as compelling a clue as the existence of the pyramids, precisely because as someone who discovered computer programming late in life, I recognized in its structure that it functions literally as an “organic programming language.”

This became apparent to me and affected me deeply after seeing a video by geneticist Juan Enriquez on TED in which he says flatly an “apple is an application; when the sun hits it the program executes, and the apple falls from the tree.

In my own book, If DNA is Software, Who Wrote The Code? — The Profound Significance of Life’s Programming Language, I explain that software (or computer code) has identical properties to DNA (and may be a stark example of inadvertent biomimicry). 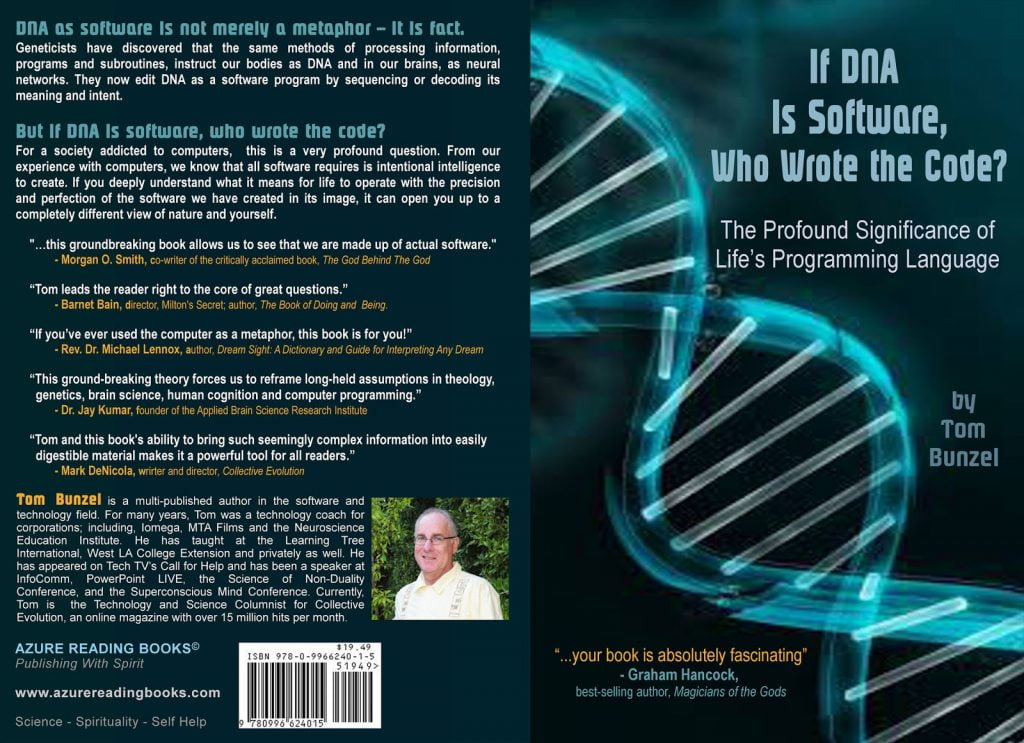 Extracting meaning from different symbols — in this case A, C, T, and G, which represent chemicals or proteins — allowed scientists to resurrect extinct species by “copying and pasting” DNA code.

Comparing it to other well-known types of “software,” it seemed to me that DNA, like Google, Microsoft, and Apple programs, must somehow be a product of “mind” and not simply a random evolutionary occurrence (as modern science would have us believe).

My entreaty — which came after some attempts at trying to persuade Deepak that this insight is a powerful complement to his own work — finally received a positive response; however, Deepak cautioned me, as he had done in the past, to “always remember that DNA is a construct in consciousness.”

Indeed all words — or concepts — are constructs of consciousness or mind; as even sophists must agree, the ONLY thing we know for sure is Mind — that we are here as Mind (not body) right NOW.

For many at the Science and Nonduality Conference, where I first met Deepak, even the body is a “construct” in mind — it is a word to describe something that is known only through information from the senses — like everything else.

In actuality, as Deepak would point out in support of his own contention that consciousness is ALL, there is no “separate” body.

We have “overlaid” this construct on reality to reduce reality to components that we can understand and seemingly manipulate.

This is precisely the message of philosophy that Deepak urges science to finally address, and for which he makes the case so powerfully in the quote above.

Mind is the one undeniable aspect of reality that we know from direct experience.  Everything else can be seen as arising therefrom.

As Deepak so eloquently points out, all thoughts, perceptions, and sensations arise in consciousness.

Inspiration and all our best content, straight to your inbox.

One can experience this profoundly with “virtual reality,” in which one experiences that the input of information about a completely different world — that also uses the sensory inputs of touch (and perhaps even taste and smell) in addition to sight and sound — so that we cannot readily distinguish exactly what is “real.”

This has given rise to anthropomorphic projections like “The Universe is a Hologram” (or simulation) in new cosmological theories among techies.

But it really comes back to the FACT of mind, and that everything we know, or think we know, is mind product.

And returning to DNA as software — we protect our computer software as intellectual property — mind stuff.

Of course this is also intimately connected to our conviction that we “own” software as separate beings….

It is precisely this difficult recognition of the “facticity” of MIND that I believe can be made apparent to many through a comparison of DNA to our own software, all of which has been created as “intellectual property,” or mind product.

It was my belief, in writing my own book, that this stark recognition of apparent mind-product and the organic programming language at the heart of our own biology might finally reveal the delusion of materialism.

Other relatively recent discoveries have taken us part of the way there.

The vast “invisible” portions of the electromagnetic spectrum and now the movement of information wirelessly all point directly to the inadequacy of our materially “constructed’ view of reality.

Among the constructs we have created is the notion of a hierarchy of mind — of greater and lesser intelligence. We see this in other species.

Cetaceans, it turns out, have brains larger than ours, and language, so we attribute a measure of intelligence to them equal to or perhaps greater than ours.

The recognition of DNA as software — again like the ancient monoliths around our globe — point to one undeniable reality: There must exist or have once existed mind or minds far more powerful than our own.

In this context it is interesting to note that artificial intelligence is currently being used to finally attempt to use dolphin language (sonar and clicks) to actually communicate with these amazing creatures in a true “meeting of the minds.”

But if we can posit some sort of hierarchy of mind — or intelligence — then again we can see that in our own encoded intelligence — computer programming — it requires massive mental power to create a Windows operating system or a Photoshop program.

So if we ask ourselves what sort of “mind” could evolve itself as DNA — an inconceivable mass of code that as Eckhart Tolle says is the “intelligence which runs our bodies” and is infinitely more intelligent than we are — we must finally acknowledge DNA for what we now know it to be: encoded intelligence or software.

This obvious anomaly is the most inconvenient of all truths for modern science.

It should bring us profoundly back to the reality of mind as the ultimate barrier to our own continuing scientific inquiries, as it has in quantum physics.

It would require us to revise the words of Descartes to “I AM, therefore, I think.” Because clearly the being of mind, and intelligence, predates “our” arrival on the scene.

As Deepak points out, the starkest aspect of reality — Mind — and its fundamental code have been hiding in plain sight; and as Eckhart Tolle refers to it, consciousness/mind is “no thing.”

If an organic programming language has been at the heart of evolution, then Mind must be the programming energy.

By Tom Bunzel, Guest author / The book, If DNA is Software, Who Wrote The Code?, is available on Amazon.com