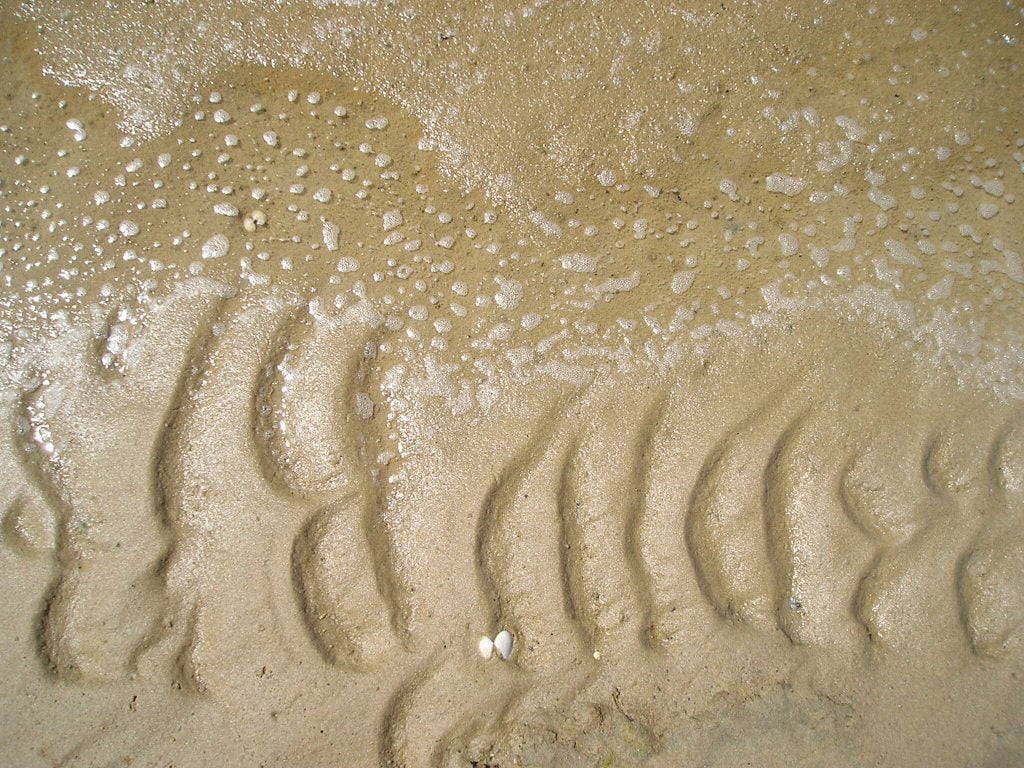 Here’s an excerpt from a book “The spell of the sensuous” by David Abraham, which describes the experience of cultures with written words and a culture with an oral tradition. In this chapter, called “The Rapper’s Rhythm” he writes (on page 102):

“… I’m a lover of learning, and trees and open country won’t teach me anything, whereas men in the town do” These words are pronounced by Socrates, the wise and legendary father of Western philosophy, early in the course of the Phaedrus – surely one of the most eloquent and lyrical of the Platonic dialogues”. Written by Socrates’ most illustrous student, Plato, these words inscribe a new and curious assumption at the very beginning of the European philosophical tradition.

It is difficult to reconcile Socrates’ assertion – that trees and the untamed country have nothing to teach – with the Greece that we have come to know though Homer’s epic ballads. In the Homeric songs the natural landscape ifself bears the omens and signs that instruct human beings in their endeavors; the god speak through the patterns of the clouds, waves, and the flight of birds. Zeus rouses storms, sends thunderclaps, dispatches eagles to swoop love over the heads of men, disrupting their gatherings.

Athena herself may take the shape of a seahawk, or may stir a wind to fill a ship’s sails. Proteus, “the ancient of the salt seas, who serves under Poseidon” can readily transform into any beast, or into a flaming fire, or into water itself. Indeed, the gods seem indistinguishable at times, from the natural elements that display their power: Poseidon “the blue-maned god who makes the islands tremble”, is the very life and fury of the sea itself; Helios, “lord of the high noon”, is not distinct from the sun (the fiery sun here a willful intelligence able even to father children: Circe, the sorceress, is his daughter.

Even “fair Dawn, with her spreadking fingertips of rose” is a living power. Human events and emotions are not yet distinct from the shifting moods of the animate earth – an army’s sense of relief is made palpable in the description of thick clouds dispersing from the land; Nestor’s anguish is likened to the darkening of the sea before a gale; the inward release of Penelope’s feelings on listening to news of her husband is described as the thawing of the high mountain snows by the warm spring winds, melting the frozen water into streams that cascade down the slopes – as though the natural landscape was the proper home of those emotions, or as though a common psyche moved between humans and clouds and trees.

When Odysseus, half drowned by Poseidon’s wrath and nearly dashed to pieces on the rocky coast of Phaiakia, spies the mouth of a calm river between the cliffs, he prays directly to the spirit of that river to have mercy and offer him shelter – and straightaway the tide shifts, and the river draws him into safety. Here, then, is a land that is everywhere alive and awake, animated by a multitude of capricious but willful forces, at times vengeful and at other times tender, yet always in some sense responsive to human situations.

The diverse forms of the earth still speak and offer guidance to humankind, albeit in gestures that we cannot always directly understand. This participatory and animate earth contrasts vividly with the dismissive view of nature espoused by Socrates in the Phaedrus. To make sense of this contrast, it is necessary to realize that the Homeric epics, probably written down in the seventh century B.C.E. are essentiall orally evolved creations, oral poems that had been sung and resung, shifting and complexifying, long before they were written down and thus frozen in the precise form in which we now know them.

The Platonic dialogues, on the other hand, written in the first half of the fourth century B.C.E., are thoroughly lettered constructions, composed in a literate context by a manifestly literate author. And indeed they inscribe for the first time many of the mental patterns or thought styles that today we of literate culture take for granted.

The Greek alphabet was first invented – or, rather, adapted from the Semitic aleph-beth – several centuries before Plato, probably during the eighth century B.C.E. The new technology did not spread rapidly through Greece; rather, it encountered remarkable resistance in the form of a highly developed and ritualized oral culture. That is, the traditions of prealphabetic Greece were actively preserved in numerous oral stories regularly recited and passed along from generation to generation by the Greek bards, or “rhapsodes”

The chanted tales carried within their nested narratives much of the accumulated knowledge of the culture. Since they were not written down, they were never wholly fixed, but would shift incrementally with each telling to fit the circumstances or needs of a particular audience, gradually incorporating new practical knowledge while letting that which was obsolete fall away. the sung stories, along with the numerous ceremonies to which they were linked, were in a sense the living encyclopedias of the culture – carrying and preserving the collected knowledge and established customs of the community – and they themselves were preserved though constant repetition and ritual enactment.

There was thus little overt need for the new technology of reading and writing. According to literary historian Eric Havelock, for the first two or three centuries after its appearance in Greece, “the alphabeth was an interloper, lacking social standing and achieved use. The elite of society were all reciters and performers. The alphabeth, after all, had not here developed gradually, as it had across the Mediterranean, out of a series of earlier scripts, and there was thus no already existing context of related inscriptions and scribal practices for it to latch onto.

Moreover, the oral techniques for preserving and transmitting knowledge, and the sensorial habits associated with those techniques, were, as we shall see, largely compatibel with the sensorial patterns demanded by alphabetic literacy. In a culture as thoroughly and complexly oral as Greek culture in this period, the alphabett could take root only by allying itself, at first, with the oral tradition. Thus, the first large written texts to appear in Greece – namely, the Iliad and the Odyssey – are, paradoxially, “oral texts”.

That is, they are not written compositions, as had long been supposed, but rather alphabetic transcriptions of orally chanted poems. Homer, as an oral bard, or rhapsode ( from the Greek rhapsoidein, which meant “to stitch song together”) improvised the precise form of the poems by “stitching together” an oral tapestry from a vast fund of memorized epithets and formulaic phrases, embellishing and elaborating a cycle of stories that had already been variously improvised or “stitched together” by earlier bards since the Trojan War itself. We owe our recognition of the oral nature of the Homeric epics to the pioneering research undertaken by the Harvard classicist Milman Parry and his assistent Albert Lord, in the 1930’s.

Parry had noticed the existence of certain stock phrases – such as “the wine-dark sea”, “there spoke clever Odysseus” or “when Dawn spread out her fingertips of rose” – that are continually repeated throughout the poems. Careful study revealed that the poems were composed almost entirely of such expressions (in the twenty-seven thousand hexameters there are twenty-nine thousand repetitions of phrases with two or more words).

Moreover, Homer’s choice of one particular epithet or formula rather than another seemed at times to be governed less by the exact meaning of the phrase than by the metrical exigencies of the line; the bard apparently called upon one specific formula after another in order to fit the driving meter of the chant, in a trance of rhythmic improvisation. This is not at all to minimize Homer’s genius, but simply to indicate that his poetic brilliance was performative as much as creative – less the genius of an author writing a great novel than that of an inspired and eloquent rap artist.

The reliance of the Homeric texts upon repeated verbal formulas and stock epitets – this massive dependence upon that which we today refer to, disparagingly, as “cliches” – offered Parry and subsequent researchers a first insight into the very different world of a European culture without writing. In a literate society, like our own, any verbal discovery or realization can be preserved simply by being written down.

Whenever we wish to know how to accomplish a certain task, we need only find the book wherein that knowledge is inscribed. When we wish to ponder a particular historical encounter, we simply locate the text wherein that encounter is recorded. Oral cultures, however, lacking the fixed and permanent record that we have come to count on, can preserve verbal knowledge only by constantly repeating it. Practical knowledge must be embedded in spoken formulas that can be easily recalled – in prayers and proverbs, in continually recited legends and mythical stories.

The rhythmic nature of many such spoken formulas is a function of their mnemonic value; such pulsed phrases are much easier for the pulsing, breathing body to assimilate and later recall thatn the strictly prosaic statements that appear only after the advent of literacy. (For example, the phrase “an apple a day keeps the doctor away” is vastly easier to remember than the phrase “one should always eat fruit in order to stay healthy”). The discourse of nonwriting cultures is, of necessity, largely comprised of such formulaic and rhythmic phrases, which readily spring to the tongue in appropriate situations.

Parry’s insights regarding the orally composed nature of the Homeric epics remained somewhat speculative until he was able to meet and observe representatives of an actual bardic tradition still in existence in Eastern Europe. In the 1930’s, Parry and his student Albert Lord traveled to Serbia, where they befriended a number of nonliterate Slavic singers whose craft was still rooted in the ancient oral traditions of the Balkans. These singers (or guslars) chanted their long stories – for which there existed no written texts – in coffeehouses and at weddings, accompanying themselves on a simple stringed instrument called a gusla. Parry and Lord recorded many of these epic songs on early phonographic disks, and so were later able to compare the metrical structure of these chanted stories with the structure and phrasing of the Homeric poems. The parallels were clear and remarkable.

“When one hears the Southern Slavs sing their tales he has the overwhelming feeling that, in some way, he is hearing Homer. This is no mere sentimental feeling that comes from his seeing a way of life and a cast of thought that are strange to him… When the hearer looks closely to see why he should seem to be hearing Homer, he finds precise reasons: he is ever hearing the same ideas that Homer expresses, and is hearing them expressed in phrases which are rhythmically the same, and which are grouped in the same order”.

Parry carefully documented these strong parallels, and after his early death his research into oral modes of composition was carried on by Albert Lord. Among other things, Lord’s research indicated that learning to read and write thoroughly disabled the oral poet, ruining his capacity for oral improvisation”.
(page 107)