Prepare For Change
Home Awakening 4 Popular Companies Who Own The Medical Treatments For The Diseases Their... 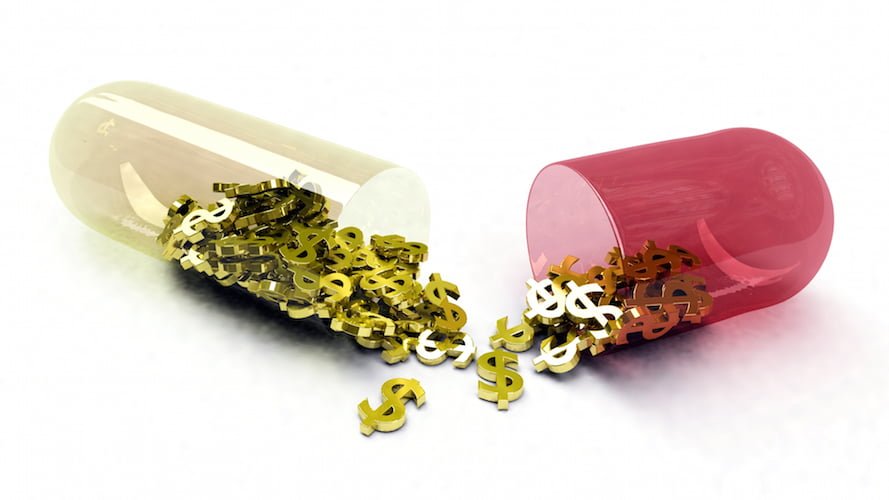 Listed below are four lethal connections between Big Pharma and some of our most popular consumer products, of which all consumers deserve to be made aware.

Nestlé also owns the pharmaceutical company Prometheus Therapeutics and Diagnostics, whose message to doctors is: “Prometheus is your partner in helping patients with chronic digestive disorders live active, healthy lives.”

Celiac disease is one of today’s most prevalent and lucrative digestive disorders, estimated to affect 1 in 100 people worldwide. Prometheus has its very own celiac disease website, which heavily warns against gluten intake, but doesn’t mention that a patient’s symptomatology could be caused by lactose intolerance, even though the symptoms of the two diseases are very similar, and it’s well recognized that celiac patients have a proven high chance of lactose intolerance. In fact, regarding the global rise in celiac disease prevalence, prominent celiac researcher Dr. Detlef Schuppan declared: “The amount of gluten ingested does not explain it.”

When a corporation so heavily profits from the commercial use of dairy, a well-known digestive irritant, while also profiting from prescribing treatments for the side effects of improper digestion, that is a major conflict of interest. If we continue to pay Nestlé $92.3B per year, watch celiac cases continue to skyrocket—even amidst all the new gluten-free options.

The main ingredient of Johnson & Johnson’s (JNJ) baby powder is talcum powder, or talc. Several studies have linked frequent usage of talc in the genital region to pelvic inflammation and an increased risk of ovarian cancer.

JNJ also owns Janssen Pharmaceuticals, who manufactures one of the top ovarian cancer chemotherapy drugs: Doxil. Doxil costs $2,758 per every 25ml. Ovarian cancer patients are recommended to have 50ml injected once a month for at least 4 monthly cycles. So, 50ml of Doxil, the monthly dosage, costs $5,516, and if repeated for 4 monthly cycles, as recommended, the total cost of Doxil treatment is $22,064.

When we multiply the 22,000 thousand new U.S. cases of ovarian cancer per year by the $22,000 cost of a round of Doxil chemo, this comes out to a $484 million per year opportunity for JNJ. It should now be evident why Johnson & Johnson shouldn’t be allowed to sell talcum-laced baby powder while also selling ovarian cancer chemo treatments.

Merisant is a top global manufacturer of artificial sweetener brands whose products are currently being sold in over 90 countries. Equal Zero Calorie Sweetener is Merisant’s flagship product, which produced sales of $36.2 million in 2014.

Merisant is owned by MacAndrews and Forbes, who also own vTv Therapeutics. vTv Therapeutics is a biopharmaceutical company engaged in the clinical-stage discovery and invention of treatments, primarily for Alzheimer’s disease and Type 2 Diabetes, as well as central nervous system diseases, metabolic disorders, inflammation, and cancer.

Now, one of Equal Sweetener’s main ingredients is aspartame. Human research has already proven aspartame’s connection to memory loss and learning impairment, and there is promising animal research indicating both aspartame’s role in promoting obesity by blocking gut enzyme activity and that aspartame induces significant increases in lymphomas and leukaemias at doses very near to those at which humans can be exposed.

Should we really continue to allow the people who so massively profit from selling aspartame-laced Equal Sweetener the opportunity to also own and sell the pharmaceuticals that deal with the side-effects of aspartame consumption?

Hearthside is owned by Vestar Capital Partners, who also own 21st Century Oncology.

While most people already know that eating processed grains is unhealthy, some might not be aware of the high correlation between the consumption of processed, simple carbs with certain types of cancer development, such as prostate, colorectal and uterine cancers, while on the contrary, choosing healthy, complex carbs like legumes and leafy greens is correlated with a significant reduction in the risk for breast, colorectal, and prostate cancers.

Even the ultra-conservative American Cancer Society states on its website that “Food processing may alter foods in ways that might affect cancer risk. An example is the refining of grains, which greatly lowers the amount of fiber and other compounds that may reduce cancer risk.”

Should we really continue to allow the global leaders of processed grain-based foods and snacks the ability to also own the world’s largest tumor radiation company?

Cameron is an internationally-published vegan fitness model & writer who’s passionate about bringing to light the vast medicinal benefits of a whole-foods, plant-based diet, along with consistent exercise.

This article (4 Popular Companies Who Own the Medical Treatments For the Diseases Their Products Cause) was originally created and published by Waking Times and is printed here under a Creative Commons license with attribution to Cameron S. Bigger and WakingTimes.com. It may be re-posted freely with proper attribution and author bio.