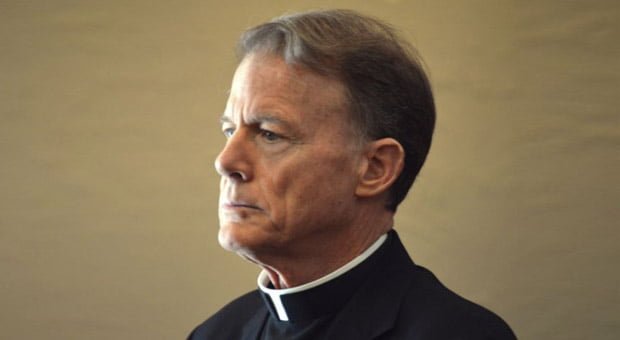 In a stunning U-turn against the Catholic Church’s usual stance regarding the cover-up of the pedophile epidemic amongst clerics, one of the highest-ranking Archbishops has decided to go against Pope Francis and expose pedophilia by naming and shaming priests and religious leaders who are known by the Church for sexually abusing children.

Despite efforts by the Vatican to silence his attempts, Archbishop John Wester of the Archdiocese of Santa Fe has released a full list of names of those who are known to the Roman Catholic Church as predatory pedophiles, but who’s crimes have been covered-up by Church officials.

Archbishop Wester announced the release of the names on Tuesday in a letter to parishioners after decades of pressure from victims and their family members who wanted the rapists to be exposed in a complete list.

Addressing his congregation, Wester said he can no longer follow the Pope’s wishes to “look the other way” and help the Vatican cover up these “unholy deeds”.

Although some of the names of accused priests on the list were already known due to campaigning from victims, the identities of the majority of the abusers had remained secret, with most of them still serving in communities, unknown to local citizens, until now.

Also listed were priests and religious leaders who were publicly accused but whose criminal or canonical proceedings were never completed due to those accused priests suddenly dying before the allegations could be fully processed, Wester said.

Traditionally, the Catholic Church keeps much of its Canon law proceedings secret, and operates under its own protocols, outside of the regular law.

Wester told parishioners the archdiocese needed to publicly acknowledge and identify clergy and religious leaders accused of perpetrating child sexual abuse within the one of the nation’s oldest archdiocese.

“We must practice openness and transparency whenever possible, as this is essential for rebuilding trust and healing wounds,” Wester wrote.

“While many of the accused names have already been made public or have been identified elsewhere, this is the first time the archdiocese has published such a list.

“Wester called the abuse cases “deep source of sadness and shame for our church.

“The list (link to original document here) does not provide details of the crimes or the convictions.

Brad Hall, an Albuquerque attorney who has represented dozens of alleged victims, said the release was “a step in the right direction.

“A review of the list by The Associated Press found that 38 of the 74 named have died. Forty who were listed worked for the Archdiocese of Santa Fe while others came from orders in places like Fall River, Massachusetts, and Boise, Idaho.

Among those on the list was Rev. John George Weisenborn.

In 2012, an Albuquerque man settled a suit he filed against the Archdiocese of Santa Fe and a Catholic ministry group that helps troubled priests over molestation he claims he suffered at the hands of Weisenborn beginning in the mid-1960s.

The man alleged Weisenborn sexually molested him when he was a seventh-grade altar boy at St. Francis Xavier Parish in Albuquerque beginning in 1966 or 1967.

Weisenborn was sent for treatment at a Servants of Paraclete facility in Jemez Springs, New Mexico, called Via Coeli in 1964 after being detained three times in Washington D.C. for having sex with boys, according to court documents obtained by the priest’s former religious order.

The Archdiocese of Santa Fe and the Servants were the target of dozens of lawsuits in the 1980s and ’90s alleging that priests were molesting children. Many alleged those pedophile priests came to New Mexico for treatment by the Servants of the Paraclete.

However, many of those priests were later assigned to parishes across New Mexico and Arizona where they continued to abuse children, according to various lawsuits.

In the 1970s, the Servants introduced professional therapy, and gradually the facility treated an increasing number of priestly molesters.

But bishops and religious superiors returned many priests to active ministry against the advice of therapists.

The treatment center closed in 1995.

Abuse cases for years were kept secret in the state until sex abuse scandals by priests exploded in New Mexico in the early 1990s under former Santa Fe Archbishop Robert Fortune Sanchez.

Sanchez resigned in 1993 after three women accused him of being sexually involved with them in the 1970s and early 1980s when they were teenagers. Critics complained that Sanchez didn’t do enough to discipline priests who were accused of sexual misconduct and ignored pleas for help from victims.

The Diocese of Gallup, which serves a large part of the Navajo Nation in New Mexico and Arizona, filed for bankruptcy in 2013 as lawsuits mounted over claims of clergy sex abuse.

That diocese in 2014 published a list naming 30 priests and a teacher who church executives said had been credibly accused of sexually abusing children.

The List of Priests, Deacons, & Religious Leaders Accused of Sexual Abuse of Children