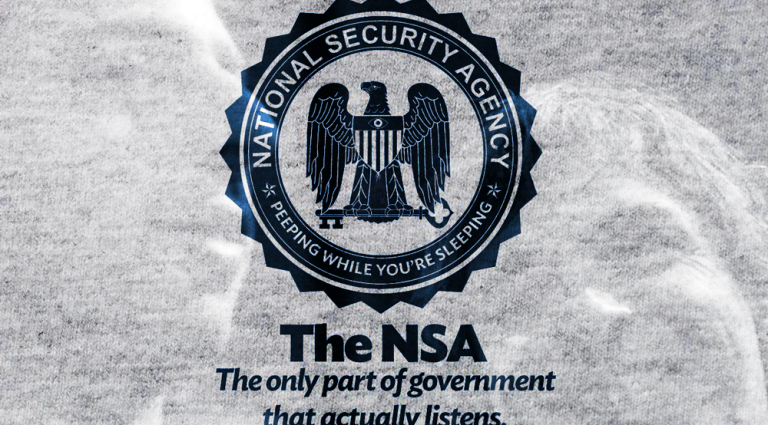 Google wants to be Big Brother’s eyeballs on you. All US internet gurus knew this since before the NSA was found out spying on everybody. But now the Mountain View boys are more determined than ever to filter your information, and to obliterate any semblance of truth reaching people.

If I had led into an article with that paragraph even five years ago, I’d have been instantly labeled a “conspiracy theorist” or worse. How about know dear reader? Is the idea the technocrats and their huge monied handlers want to run you crazy? I didn’t think so. But if you need proof beyond the obvious, Google’S 160-page handbook tells us all exactly how they plan to spoon feed us only “their” news. The lengthy handbook is a heavy read for the average person, but the book does lay out an Orwellian machination unlike anything seen since the Nazi propaganda machine of Hitler. Pay close attention to the “instructional” on page 108 where Google dictates who does and does not meet rating criteria. The section under Fails to Meet (FailsM) is a steamrolling of the free press, and suggested hiding certain kinds of sites:

As per usual, Google has obscured its real intentions with the idea some super smart algorithm is “filtering” or “learning” results to help your life be better. Once again Google supposes to do “what is good for us” by destroying some sources and propping up others. Using terms like “search quality rating guidelines” and “page quality rating guidelines” the little Machiavellis at Google provide justification for controlling what you see and read on the web. Censorship and monopolization of internet information and business – this is the case against the Mountain View boys this time.

Then there’s the section concerning how Google will rank the best of the best news sites entitled “A High Level of Expertise / Authoritativeness / Trustworthiness (EAT)”. The acronym should clue you that Google search users are about to be fed some bullshit truth. “High Quality Pages” for the Google oligarchs means that either the page owner pays Google through the mouth, or that the site in question serves Google’s masters well – period. At the top of this matrix of sources are newspapers (High News 1) like The Washington Post and New York Times, followed by the articles within those pages (High News 2). On down the list of authority pages are government sites like the US State Department and White House, and then pages categorized (believe it or not) “High Humor”. So, Google has factored out the importance of truth or even the importance of the news story itself, in favor of “who” wrote the story and the “reality” Google wants you to accept – Big Brother’s network – end of story.

Melissa Dykes of Truth Stream Media made a video about the new Big Brother effort, and Government Slaves did their take as well. And the latter even suggests alternatives to using Google Search for those who refusing the totalitarian tendencies we see headed our way these days. For people who had rather boycott the imminent evil such as Yandex, and DuckDuckGo. Government Slaves also lists 400 sites for independent news outside Google’s MATIX. My advice for everyone is to start making the transition away from Google and Facebook now. My own vast experience in dealing with these tech people has revealed people with no morals whatsoever, people willing to do anything necessary to perpetuate their dominance in digital. Google has destroyed millions of people’s livelihoods, broken its own code, lawyers itself around anti-trust and fair practice rules, avoided taxes, and colluded against the people of the United States with the intelligence agencies. All these assertions are not just this writer’s ramblings. Back in 2014 John W. Whitehead wrote about the NSA and Google for the Huffington Post:

“Just look around you. It’s happened already. Thanks to an insidious partnership between Google and the National Security Agency (NSA) that grows more invasive and more subtle with every passing day, “we the people” have become little more than data consumer commodities to be bought, sold and paid for over and over again.”

August 29th the notorious Zero Hedge creator, Tyler Durden wrote a piece entitled “Why Google Made The NSA”, which revealed a project called INSURGE INTELLIGENCE, a crowd-funded investigative journalism project that had released a story of how the United States intelligence community funded, nurtured and incubated Google as part of a drive to dominate the world through control of information. You read that correctly. My past assertions that Sergey Brin and Larry Page were “lifted up” by unseen money were probably correct. While I presumed George Soros or Rockefeller being behind, it’s conceivable Uncle Sam was the spook in the woodpile. The Zero hedge story delves deep into a “deep state” we never imagined in our worst nightmares. The report unveils how Pentagon Highlands Forum’s more or less taking over tech giants like Google to pursue mass surveillance. Furthermore, the report shows how the intelligence community has played a key role in secret efforts to manipulate the media and the public. The endless crisis and war we find ourselves in, is in large part because of the efforts of Google and the other technocratic institutions. In on section the author frames how the Obama administration really consolidated this “Big Brother” control:

“Under Obama, the nexus of corporate, industry, and financial power represented by the interests that participate in the Pentagon Highlands Forum has consolidated itself to an unprecedented degree.”

These people refer to themselves as “the gatekeepers”. Their arrogance is only exceeded by their amoral agnosticism. The successes of the information age, Silicon Valley’s dubious venture capital bonanzas, the mysterious ways in which fairly ordinary innovators were propelling into the limelight warns us to the underlying swamp Donald Trump described. But it is the immensity of the network that should clue us. Imagine a new president taking office and fending off attacks as best he could, only to discover that the whole machine of the US government being under such a controlling influence. It’s easy to theorize after learning all this, how Trump did an about face on so many issues. He must have been overwhelmed. Or, he was part of the plan all along.

Finally, if we expand on this news and include other technocrats like Bill Gates or Jeff Bezos, then understanding world crises caused by bad US policy becomes simpler. It’s a corporation – all of it is a corporation for war and friction. Bezos walking with former Marine General and current Secretary of Defense, “Mad Dog” Mattis at Amazon is symbolic. Trump’s posture with Israel, the Saudis, even on domestic policy tells us those campaign promises sank in the wake of a deep state ship at full steam forward. If we allow Google and other such players to continue unchecked….

Well, you are as capable as I of completing that sentence. I only pray we are not too late.

Phil Butler, is a policy investigator and analyst, a political scientist and expert on Eastern Europe, exclusively for the online magazine “New Eastern Outlook”.