Prepare For Change
Home Awakening How The Elite Dominate The World – Part 2: 99.9% Of The... 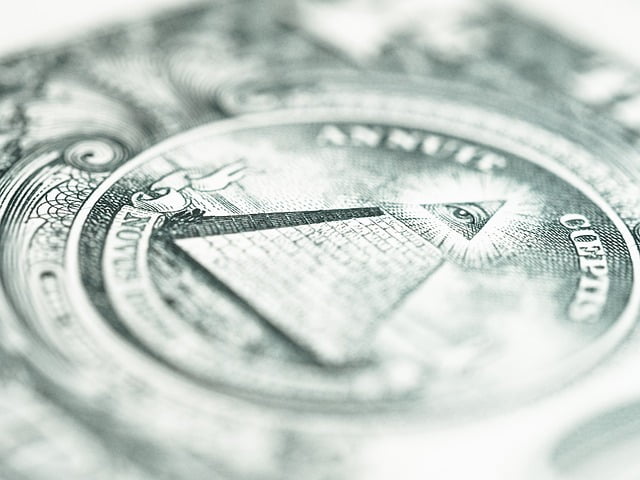 Even though the nations of the world are very deeply divided on almost everything else, somehow virtually all of them have been convinced that central banking is the way to go.  Today, less than 0.1% of the population of the world lives in a country that does not have a central bank.  Do you think that there is any possible way that this is a coincidence?  And it is also not a coincidence that we are now facing the greatest debt bubble in the history of the world.  In Part I of this series, I discussed the fact that total global debt has reached 217 trillion dollars.  Once you understand that central banks are designed to create endless debt, and once you understand that 99.9% of the global population lives in a country that has a central bank, then it finally makes sense why we have accumulated so much debt.  The elite of the world use debt as a tool of enslavement, and central banking has allowed them to literally enslave the entire planet.

A central bank, reserve bank, or monetary authority is an institution that manages a state’s currency, money supply, and interest rates. Central banks also usually oversee the commercial banking system of their respective countries. In contrast to a commercial bank, a central bank possesses a monopoly on increasing the monetary base in the state, and usually also prints the national currency,[1] which usually serves as the state’s legal tender.

Over the past 100 years or so, we have seen central banks steadily be established all over the planet.  At this point, there are just 8 very small nations that still do not have a central bank…

When you add the populations of those 8 nations together, it comes to much less than 0.1% of the global population.

But even though central banking is nearly universal, only a very small fraction of the global population can tell you how money is created.

Do you know where money comes from?

Here in the United States, most people just assume that the federal government creates money.  But that is not true at all.

Since the federal government must pay interest on those bonds, the amount of debt that is created in these transactions is actually greater than the amount of money that is created.  But we are told that if we can just circulate the money throughout our economy fast enough and tax it at a high enough rate, then we can eventually pay off the debt.  Of course that never actually happens, and so the federal government always has to go back and borrow even more money.  This is called a debt spiral, and at this point we will never be able to escape it until we do away with this horrible system.

But why does our government (or any government for that matter) have to borrow money that is created by a central bank in the first place?

Oops.  That is the big secret that nobody is supposed to talk about.

Theoretically, the U.S. government doesn’t actually have to borrow a single penny. Instead of borrowing money the Federal Reserve creates out of thin air, the federal government could just create money directly and spend it into circulation.

Yes, this could actually happen.  Back in 1963, President John F. Kennedy signed Executive Order 11110 which authorized the U.S. Treasury to issue debt-free “United States Notes” which were not created by the Federal Reserve.  These debt-free notes began to be issued, and you can still find them for sale on eBay today.  Unfortunately, President Kennedy was assassinated shortly after this executive order was issued, and the notes were not in production for long.

If we had ultimately fully adopted “United States Notes” and had phased out Federal Reserve notes, we would not be 20 trillion dollars in debt today.

The elite of the world love to get national governments deep into debt, because it enables them to enslave entire populations while making an obscene amount of money in the process.

Back in 1913, an insidious plan was rushed through Congress just before Christmas that was based on a blueprint that had been developed by very powerful Wall Street interests.  Author G. Edward Griffin did an extraordinary job of documenting how all of this happened in his book entitled “The Creature from Jekyll Island: A Second Look at the Federal Reserve”.  A central bank was established, and it was purposely designed to create a government debt spiral, and that is precisely what happened.

Since 1913, the size of the national debt has gotten more than 6,000 times larger, and the value of our dollar has declined by more than 98 percent.  Many conservatives are still under the illusion that we could get out of debt someday if we just grow the economy fast enough, but I have shown in another article that we have gotten to the point where this is mathematically impossible.

And most people are also operating under the false assumption that the Federal Reserve is part of the federal government.  But that is not accurate either.  The following comes from one of my previous articles…

There is often a lot of confusion about the Federal Reserve, because a lot of people think that it is simply an agency of the federal government. But of course that is not true at all. In fact, as Ron Paul likes to say, the Federal Reserve is about as “federal” as Federal Express is.

The Fed is an independent central bank that has even argued in court that it is not an agency of the federal government. Yes, the president appoints the leadership of the Fed, but the Fed and other central banks around the world have always fiercely guarded their “independence”. On the official Fed website, it is admitted that the 12 regional Federal Reserve banks are organized “much like private corporations”, and they very much operate like private entities. They even issue shares of stock to the private banks that own them.

In case you were wondering, the federal government has zero shares.

According to the U.S. Constitution, a private central banking cartel should not be issuing our currency.  In Article I, Section 8 of our Constitution, Congress is solely given the authority to “coin Money, regulate the Value thereof, and of foreign Coin, and fix the Standard of Weights and Measures”.

So why in the world has this authority been given to a central bank?

The truth is that we do not need a central bank.

From 1872 to 1913, there was no central bank and no income tax, and it turned out to be the greatest period of economic growth in all of U.S. history.

Abolishing the Federal Reserve is one of the core issues of my platform, and I have been writing about these things for the last seven years.

As I discussed yesterday, the elite use debt to enslave all of the rest of us, and central banking allows them to literally dominate the entire planet.

Until we abolish this debt-based system and go to a currency that is debt-free, we are never going to permanently solve our very deep long-term economic and financial problems.

But because they are so immensely wealthy, the elite are able to wield extraordinary influence in our society.  They control the mainstream media, our politicians and even global institutions such as the United Nations.  Anyone that would dare to question the validity of the current system is marginalized, and for a long time very few politicians around the world were even willing to speak out against central banking.

However, that is starting to change.  A new generation of leaders is rising up, and they are absolutely determined to break the stranglehold that the elite have on our society.  It won’t be easy, but if we are able to wake enough people up, I believe that we will eventually be able to free ourselves from this insidious system.