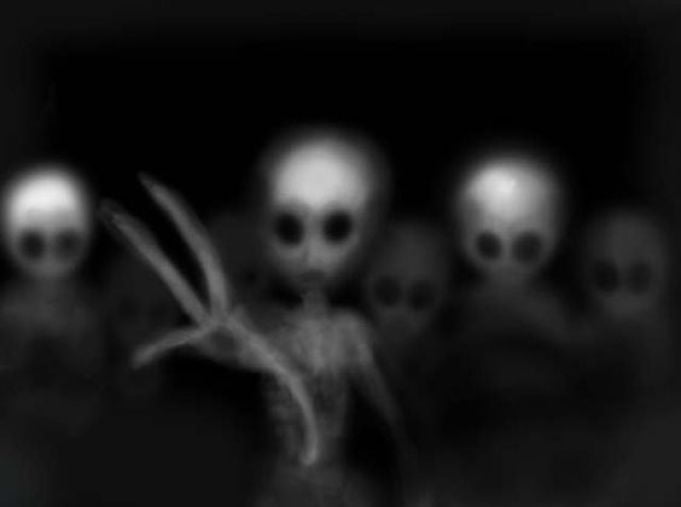 The condition of spirit possession, (that is, full or partial takeover of a living human by a ‘discarnate’ being) has been recognized or at least theorized in every era and every culture.

In 90% of societies worldwide there are records of possession-like phenomena (Foulks, 1985).

Extensive contemporary clinical evidence suggests that discarnate beings, the spirits of deceased humans, can influence living people by forming a physical or mental connection or attachment, and subsequently imposing detrimental physical and/or emotional conditions and symptoms.

This condition has been called the,

Earthbound spirits, the surviving consciousness of deceased humans, are the most prevalent possessing, obsessing or attaching entities to be found.

The disembodied consciousness seems to attach itself and merge fully or partially with the subconscious mind of a living person, exerting some degree of influence on thought processes, emotions, behavior and the physical body.

The entity becomes a parasite in the mind of the host.

A victim of this condition can be totally amnesic about episodes of complete takeover.


…An attachment can be benevolent in nature, totally self serving, malevolent in intention, or completely neutral. Attachment to any person may be completely random, even accidental.

It can occur simply because of physical proximity to the dying person at the time of the death. In about half the cases encountered in clinical practice it is a random choice with no prior connection in this or any other incarnation.

In the remainder some connection can be found, some unfinished business from this or another lifetime.


…Any mental or physical symptom or condition, strong emotion, repressed negative feeling, conscious or unconscious need can act like a magnet to attract a discarnate entity with the same or similar emotion, condition, need, or feeling.

Anger and rage, fear and terror, sadness and grief, guilt, remorse or feelings of the need for punishment can invite entities with similar feelings.

Severe stress may cause susceptibility to the influence of an intrusive spirit. Altering the consciousness with alcohol or drugs. especially the hallucinogens, loosens one’s external ego boundaries and opens the subconscious mind to infestation by discarnate beings.

The same holds true for the use of strong analgesics and the anesthetic drugs necessary in surgery. A codeine tablet taken for the relief of pain of a dental extraction can sufficiently alter the consciousness to allow entry to a Spirit.

Physical intrusions such as surgery or blood transfusion can lead to an entity attachment. In the case of an organ transplant the Spirit of the organ donor can literally follow the transplanted organ into the new body.

Physical trauma from auto collision, accidental falls, beating or any blow to the head can render a person vulnerable to an intrusive Spirit.

The openness and surrender during sexual intercourse can allow the exchange of attached entities between two people. Sexual abuse such as rape, incest or molestation of any sort creates a vulnerability to Spirit invasion.

Violence during the sexual abuse increases the likelihood of intrusion by an opportunistic spirit.

A spirit can be bound to the earth by the emotions and feelings connected with a sudden traumatic death. Anger, fear, jealousy, resentment, guilt, remorse, even strong ties of love can interfere with the normal transition.

Erroneous religious beliefs about the afterlife can prevent a spirit from moving into the “Light“ because the after death experience does not coincide with false expectations or preconceived notions of the way it is supposed to be.

Following death by drug overdose, a newly deceased spirit maintains a strong appetite for the drug, and this hunger cannot be satisfied in the non-physical realm.

The being must experience the drug through the sensorium of a living person who uses the substance. This can only be accomplished through a parasitic attachment to the person.

Many drug users are controlled by the attached spirit of a deceased drug addict.

Spirit attachment does not require the permission of the host. This seems to be a “violation” of free will. It also appears to refute the popular notion that each person is totally responsible for creating his or her reality and that there are no victims.

The apparent conflict here stems from the definitions of permission and free will choice. Ignorance and denial of the possibility of spirit interference is no defense against spirit attachment.

Belief or lack of belief regarding the existence of intrusive entities has no bearing on the reality of these beings and their behavior.

In denial and ignorance, most people do not refuse permission to these nonphysical intruders. Individual sovereign beings have the right to deny any violation or intrusion by another being.

With limited, if any, knowledge and distorted perceptions of the nature of the spirit world, the nonphysical reality, many people leave themselves open and create their own vulnerability as part of creating their own reality.

It is fashionable today among many “new Age” enthusiasts to attempt to channel some higher power, a spirit teacher or master who will use the voice mechanism of any willing person to speak “words of wisdom”.

Some use the terminology “for my highest good” when calling for a spirit to channel through.

This activity constitutes permission and welcome for a discarnate spirit. The identifiers such as “master” and “teacher” and qualifiers such as “for my highest good” will be claimed by the entities as personally valid identifications, qualities or attributes…

The host is usually unaware of the presence of attached spirits.

This is a major factor in the widespread denial of the concept and lack of acceptance of the phenomena of discarnate interference and spirit attachment, obsession or possession.

In most cases, a person can only experience and acknowledge the reality of the condition after an attached entity has been released. The realization may come some months after a releasement session as the person suddenly notices the absence of a familiar attitude, desire, addiction or behavior.

The symptoms of spirit attachment can be very subtle. An attached spirit may be present without producing any noticeable symptoms.


…A living person can have dozens, even hundreds of attached spirits, as they occupy no physical space. They can attach to the aura or float within the aura outside the body.

If any part of the body of the host has a physical weakness the earthbound can attach to that area because of a corresponding weakness or injury to the physical body of the spirit prior to death.

A spirit can lodge in any of the chakras of the host, drawn by the particular energy of the chakra or by the physical structures of that level of the body.


…An attached entity can be associated with any emotional track of a living person such as anger, fear, sadness, or guilt.

The emotional energy of the entity intensifies the expression of a specific emotion, often leading to inappropriate overreactions to ordinary life situations.


…The mental, emotional and physical influence of an attached entity can alter the original path of karmic options and opportunities of the host. It can disrupt the planned lifeline by hastening death or prolonging life, thus interfering with any specific checkout point.

Many areas of a person’s life can be influenced by one or more attached entities.

In short, spirit attachment can interfere with any aspect of the life of the unsuspecting host.


…The symptoms of spirit attachment can be very subtle.

An attached spirit may be present without producing any noticeable symptoms. Yet attached entities always exert some influence ranging from a minor energy drain to a major degree of control or interference.

Complete possession and takeover can result in suppression of the original personality. The earthbound spirit does not replace the rightful spirit in the body in such a case, it just usurps control.

An attached earthbound spirit cannot maintain life in a human body after the original spirit being has separated from the body in the transition of death.