The Ruling Cabal runs a secret invisible government and uses its vast USG assets to oppress We the People and truth itself. 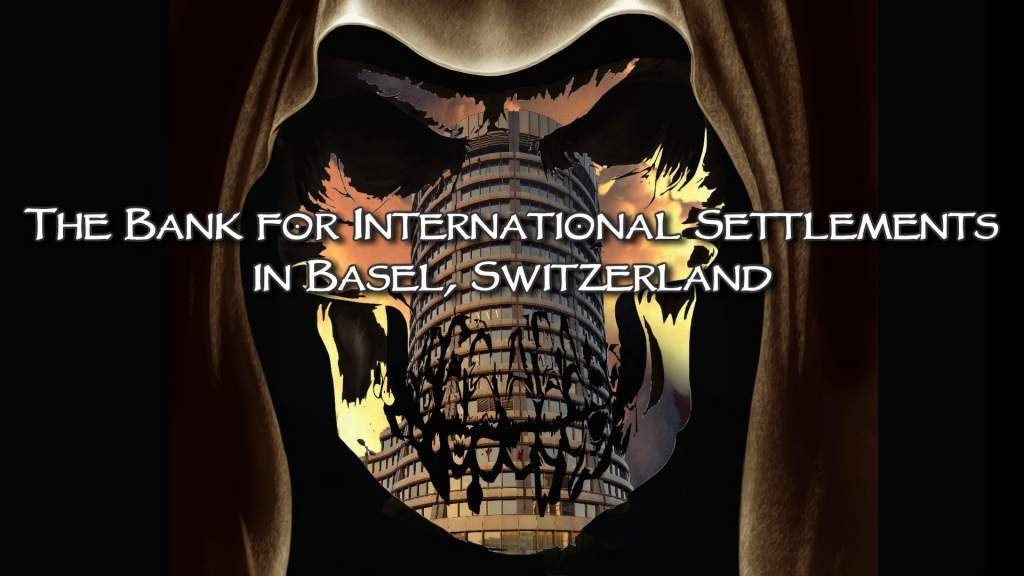 … by  Preston James
The Ruling Cabal uses USG law enforcement agencies, Intel agencies, and the many other agencies of the USG to oppress We The People and to oppress truth. This is all done in order to protect their own interests instead of ours as is their Constitutional mandate.
The Cabal does all this unconstitutionally and in abject violation of the thousands of Federal Laws they conceived themselves and paid their cutouts in Congress to pass.
No greater hypocrisy ever existed. This massive collection of federal law makes it easy for them to indict anyone at almost any time, but they are exempt from these laws due to their powerful control of the agencies that enforce these laws.
Most federal grand juries are cherry-picked to be easily manipulated by crooked US Attorney prosecutors they could indict a grapefruit.
Of course, no judge ever informs any jury about their Constitutional right to declare a defendant innocent if they believe the law is unjust or unconstitutional or allows anyone to pass leaflets declaring such outside the courthouse on public sidewalks. 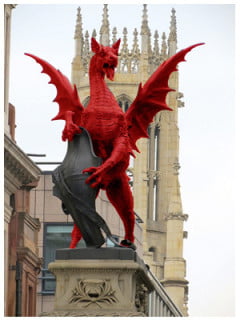 The USA was transformed into a corporation in 1887 and all judges are actually corporate enforcers of corporate law whether they realize it or not.
In 1933 the USA, Inc. was declared bankrupt and the assets of all US citizens were declared collateral on the debt transforming us into chattel of the Cabal. US Attorneys are licensed under British Barrister Law and operate as extensions of the City of London whether they know it or not.
American licensed attorneys carry the title Esquire after their name which is illegal according to the US Constitution.
Widespread, massive oppression of We The People by the Cabal using USG assets.
This widespread, massive oppression of We The People by the Cabal includes the oppression of whistle-blowers, dissonants, truth-tellers and anyone they deem to have become or could become an obstruction to the implementation of their Luciferian Globalist NWO Plan.
The Cabal’s long-term Globalist NWO Luciferian agenda.
The Ruling Cabal has now activated its long-term Globalist NWO Luciferian agenda to reduce the earth’s population of humans by 90%, and has deployed hundreds of soft-kill and hard-kill programs to do so.

The real power that runs the USG lies in the invisible government, best called the Secret Shadow Government (SSG).
And in recent years deep state researchers have come to know for certain that the SSG is actually run by the world’s largest organized crime cabal run out of the City of London.
Insiders call this massive but subterranean organized crime cabal the Rothschild Khazarian Mafia (RKM), and many call it the International Banksters. Those on the inside of the Cabal or at its periphery call it the Money-changers.
Long ago, in 1913 the USG was hijacked by the City of London (COL) private central Fiat Banksters who seized control of our monetary system.
These COL Banksters removed the use of real Constitutional money backed by Gold and Silver and substituted their FIAT debt-notes to lend us citizen peons to use at pernicious usury (rates set by them), all the while pretending it was real Constitutional money.
These COL Banksters could create any amount of money they needed at will through various simple to complex hidden means, charge it all back to US Citizen taxpayers as loans to them an charge them interest on that money “unknowing borrowed”.
This unlimited ability to create any amount of money needed and spend it any way they want allowed these COL Banksters to get complete control over all the US mainstream media.
hey were thus able to consolidate and transform American Major Mass Media into an illegal News and Media Cartel comprised of six international Media Corporations which these Banksters completely control.
Why hasn’t the US Congress put a stop to this world’s largest financial fraud, the Federal Reserve System (FRS) which is a for profit, private corporate franchise of the City of London and is no more federal than Federal Express?
The answer is quite simple. The FRS serves as an unlimited elastic checkbook for the US Congress. It allows members of Congress to spend whatever they want to please the special interests who give them massive campaign funds for re-election, provides lucrative board positions, speaking arrangements with fat honorariums, and often large and very secret “set aside allocations” in numbered accounts in Caribbean offshore banks. Most members of Congress come in with modest means and leave as multi-millionaires.
What are they selling for such massive gains while claiming to serve the US citizen? They are serving and selling services to special interests while lying through their teeth to their constituents and pretending to serve them.

Members of the US Congress are a pack of lying, bought-off sociopathic secret criminals who have sold out their country for mammon and violated RICO, espionage laws and many others at will, with no exposure or accountability.
How could this be so you might ask? First it is important to note that every member of Congress (except one, Representative Walter Jones) has signed the AIPAC Loyalty Oath to Israel, agreeing to place the interests of Israel first even before the interests of the USA. Folks, this is treason and secret espionage against America.
Representative Cynthia McKinney fully exposed this after she refused to sign this treasonous AIPAC agreement and paid the price by being illegally prevented from winning her next election. She was illegally redistricted out of her area and her opponent was given vast funds, making it impossible for her to win.
Draining the Swamp?
Thanks to the worldwide Internet, the New Gutenberg Press, the swamp is being exposed and many corrupt, evil, pedophile, satanic politicians and insiders are now being dethroned.
The FBI is now being exposed for the criminal, treasonous enterprise it always was. Insiders have always known that the FBI’s job was to protect banks and Banksters and covering up Cabal crimes and the Satanic Pedophile Network while putting on a fake but appealing public image.
And the CIA is now being fully exposed as an evil rogue action-agent of the Ruling Cabal, that continually evokes “national security” as a false cloak to cover their unimaginable evils and engineering of foreign terror and staged wars. More and more folks learn everyday that the CIA set up and runs the drug cartels in South America and is the world’s largest drug trafficker, all done to raise “off the books” money for black ops and buying influence from politicians.
Like many lower level FBI agents, most CIA employees know none of this and have mundane Intel collection jobs. It is the evil Directorate of Operations that does these unimaginably evil crimes, like its assassination of JFK, RFK and MLK and working with Israel and Saudi Arabia to set up their private mercenary army called ISIS.
Insiders have always known that the FBI Division 5 has always secretly set up and run all US domestic terror ops, creating the need for massive new USG expenditures and the unconstitutional taking of more and more of the rights of We The People.
Conclusion:
Historically the Ruling Cabal (the RKM) has just been too powerful to defeat. Now thanks to the Internet (best referred to as the New Gutenberg Press) and thousands of insiders who are coming clean and becoming whistle-blowers, the Cabal is now under attack on many fronts in a very powerful information war against them.
This New Gutenberg Press has caused massive populism to emerge inside America and other nations too and is now unremitting and itself is forming a new counterattack on the Ruling Cabal.
This new counter attack on the Cabal is also aided by break-away groups that run the Russian Federation, China and many of their new trade partners and defense allies.
But the most powerful and important part of the attack against the Cabal at all levels is now coming from a certain deep-black faction in the Secret Space War Program that is both unaccountable and unacknowledged even within the defense contractor it is located within.
The Satanic Ruling Cabal has no specific knowledge of what this deep-black faction is, who comprises it or the incredible technology it has now deployed against the Cabal.
This deep-black faction has gained the technology to access all hard-drives, on or off, can eavesdrop using electrical wiring, windows or nothing at all but remote sensing devices, many space-based. Essentially, there is no longer going to be anymore secrecy at all.
This deep-black cell has the ability to access and deploy all secrets to bring down any Cabal member they want and can easily use such means to coerce any Major Mass Media magnate to publish any story they want, and can quite easily now manipulate any member of Congress, the USG, or any corporation to resign when ordered to do so.
Now ponder this reality. The Cabal has traditionally used the USG and its agencies that it hijacked as tools to coerce, abuse, punish and oppress We The People at will and to suppress all truth. In reality the Cabal has been fighting a secret war against We The People and all humans by deploying the USG assets it has hijacked and now controls.
Paradoxically, right now the Cabal itself is being covertly attacked by a far more powerful technologically superior force that they cannot identify or protect themselves against. This is called by some “Cosmic Justice” or “what goes around comes around back at you”. Some just call it “bad Karma”.
Yes, in this case what goes around has come around, back at these evil Ruling Cabal perps who are now outclassed on many fronts by a secret enemy they do not know and one they cannot understand. Stay tuned and watch the “high and mighty” fall one by one.
The Democratic party is now being destroyed and will never recover. After a while the Republican party too will be destroyed and will never recover. What will replace these parties?
Best guess is that it will be a new populist party filled with folks that are sick and tired of the USG being used as a cash trough to feed the DC special interests; tired of the USG and its agencies being used to oppress We The People, while continually violating the US Constitution and the very laws itself created and passed.
If you want to learn more about what is likely behind this new form of Justice and where it is all going, do some research on the history of the Gutenberg Press, how the Internet is the New Gutenberg Press, and the coming new Cosmic Fascism which I have predicted is now on the way.
References: