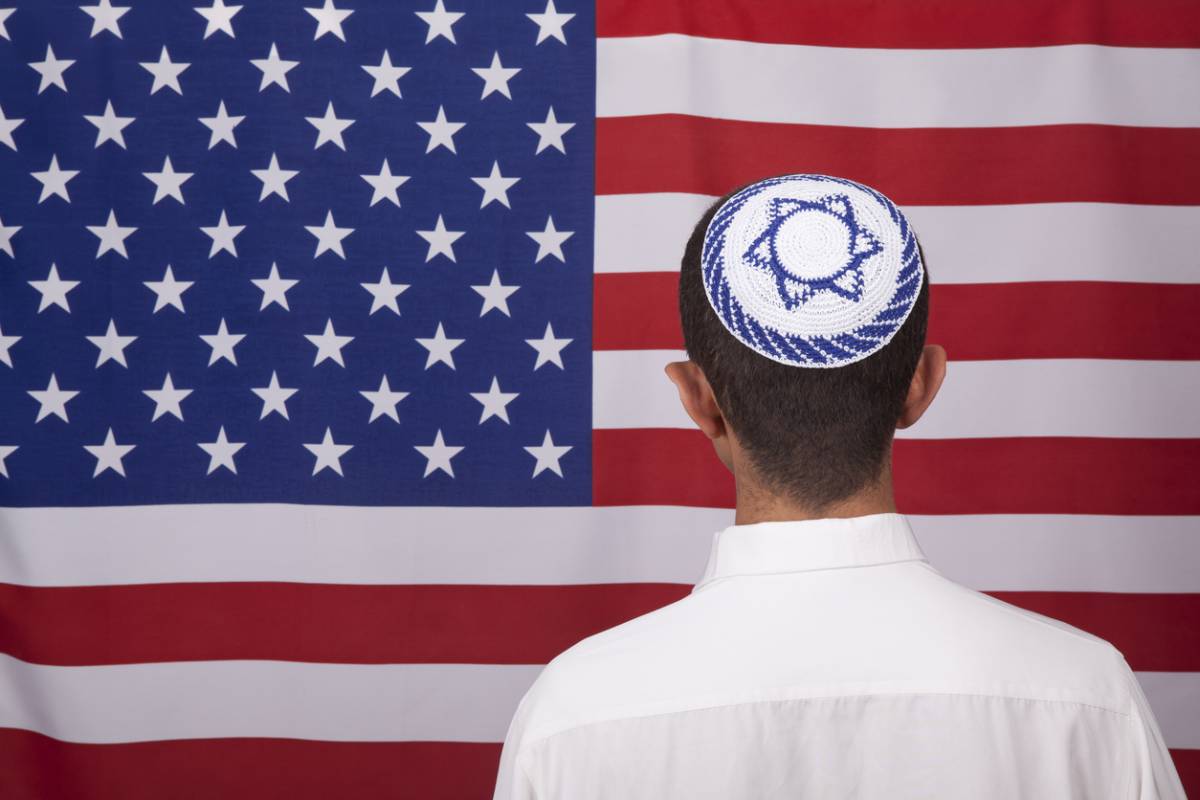 “A sitting US senator proclaimed allegiance to a foreign country, and nobody asked him to resign!”

This article originally appeared at Counterpunch, a leading left-leaning alternative site, in late 2016, but we just came across it and are running it as part of the ongoing debate about excessive Jewish influence of American media and politics. It is evidence of a growing willingness, at least in the alternative media, on both the left and right, to broach this critical subject.

We normally think of colonizers as large countries, and the colonized as smaller and weaker nations. But this is not always the case. Colonization does not require occupation.

It merely requires the subjugation of the colonized. With ambition, superior information and calculation, and the right mindset, smaller nations can (and have in the past) colonized and dominated larger and nominally more powerful countries. 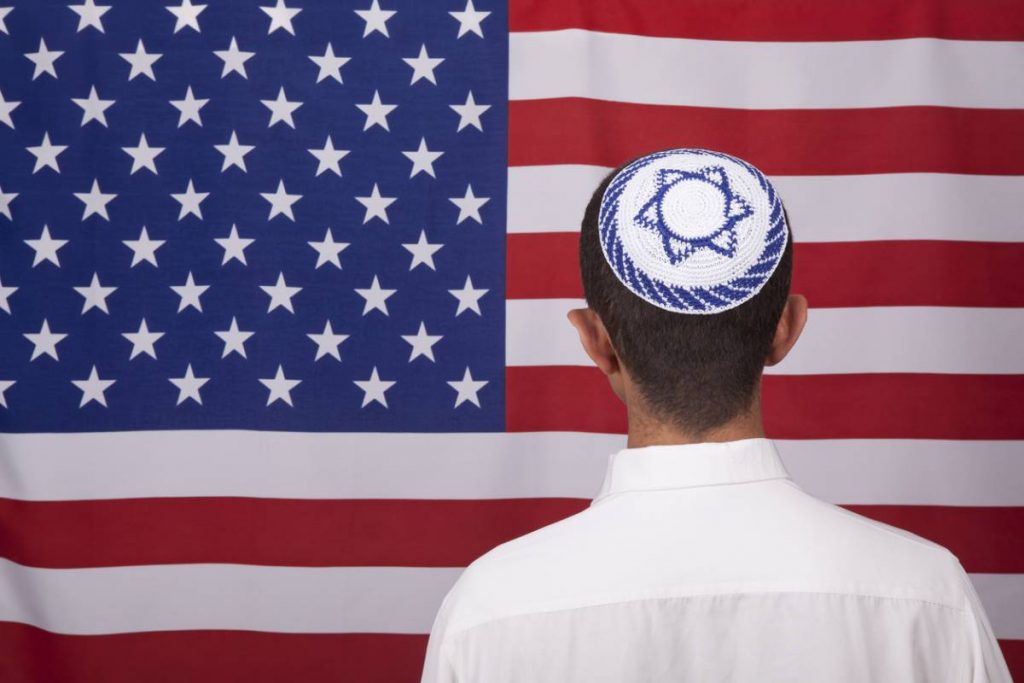 India was successfully colonized by tiny Britain in the 18th century. The vehicle for colonization was the East India Company. It was only after the Indian mutiny that Britain acted directly and sent in troops to establish the British Raj.

For the next 200 years India was drained of its wealth, its economy was restructured to support England’s needs and global ambitions, and its people militarized to fight and die on behalf of the British crown. The Indian leaders who remained were willing participants in this venture; those who felt otherwise were destroyed or marginalized.

In a similar vein, Israel today is in the process of colonizing the United States, which is vital to its global projection and exercise of power. The steps Israel is taking are visible to all (as was the case with British designs on India) and yet it is remarkably difficult to connect the dots while such a takeover is in process. Or, to do anything about it.

Colonization does not mean total control of everything

It means total control of what matters. The British were interested in Indian wealth, and a standing army of Indians willing to die for their wars. They couldn’t care less about India’s internal petty politics that did not directly or indirectly impact their mission. An effective “divide and conquer” strategy pit Indians against each other and discouraged any kind of coordinated response, or sedition.

The British leveraged their “outsider advantage” to objectively collect data with which to calculate and coordinate which Indian princes to support in battles, and which to connive with. Like pieces on a chessboard, Indian leaders exhausted themselves through internal battles, and were prevailed to seek cover provided by the British.

Small amounts of leverage can change outcomes (as the Israeli lobby AIPAC has shown, in its path to dominating Congress and regional/local US politics), and over the years the British were able control and align India to the British crown. Less than 10,000 English controlled colonial India, which at that time had a population of 300 million.

It is instructive to note that while there were relatively few white Englishmen, a class of local “brown sahibs” was developed, to actually run things. This elite class was educated in English ways, and rewarded monetarily and through social stature. Britain was too small a country to ultimately matter by itself, but by leveraging India the English could pursue their global ambitions. India was the “Jewel in the (British) Crown”.

Today, Israel has effective control of US policy in the Mideast, and similar goals. Much has already been written about Israel’s control of Congress. Israel is now edging towards control over the US Executive Branch, with both presidential candidates supported by billionaires whose #1 agenda is Israel (Saban and Adelson).

The Supreme Court will be one-third Jewish, and justices have community ties and families. As Israel demonstrated through its successful intimidation of Judge Goldstone, jurists are human and everyone has their price.

Israel’s “occupation force” in the US has long included AIPAC as well as the dense network of community organizations at the State and local levels. Through relationships that have been developed over years and with unlimited funds at their disposal, the “Israel Lobby” ensures that votes go the right way, and that opponents are squashed when Israel demands unity. In 2003 at the onset of George Bush’s Iraq war this occupation force was multiplied through the inclusion of Christian Zionists.

Critics of the Israel Lobby are marginalized by whatever means available, including being called anti-Semitic. The Lobby has been effective in securing massive aid packages for Israel even though Israel’s per-capita GDP exceeds that of several European nations. Israeli insiders permeate the US government, and it is US policy that there be “no light” between the countries so that where Israel is concerned there is no debate. Israel’s top priorities are the top priorities of the US. There are of course instances where this does not happen (such as, Iran) but the direction points to a tighter colonial noose in the years ahead.

The colonizer must be a “Sacred Object” above criticism or objective review, and dangerous critics must be either destroyed or marginalized. No Englishman in India spoke of the mother country and its ways with anything other than reverence, even though during periods of the British Raj England was in turmoil. Within England there was a free press and active debate; but this was not permitted in India, about Britain. The only acceptable posture was that of reverence.

Today Israel has a free press, and it is easy to read translations of the Hebrew language press. Israeli commentators compare Netanyahu to Hitler, Israel is called a racist apartheid state based on evidence, and the extreme violence against and ongoing abuse of Palestinians is well documented. But, these same conversations are forbidden in the US. No newspaper would report them, nor are they permitted in polite company. Transgressors are labeled anti-Semitic, whether Jewish or not.

In the US today, boycotts are seen as a permitted non-violent form of free speech. Citizens have the right to boycott whatever they want from wherever they want without risk of penalty. The sole exception is Israel.

The British conquests were “for God and country”, and therefore justified. The British were superior, the natives inferior. This setup the moral justification for the mayhem wrought by the British as they colonized Asia and the Mideast. At that time, all men were not born equal, and it took the US Constitution to establish that self-evident fact.

Israel is seeking to revert to those days, by acting as though Arab lives are inferior, and (more recently) promoting Islamophobia to serve their Christian Zionism wing. In 2003, uber Zionist Bernard Lewis posed as “Arab expert” and advised president Bush that the only language Arabs understood was force.

This helped to justify the attack on Iraq, as part of a neocon plan to “creatively destroy” the sovereign Arab states in Israel’s neighborhood, to facilitate Israel’s dominance. The Nazis at Nuremberg were shown greater respect than Saddam and his Ba’at leadership, and the contempt for Arabs was in full display.

Today, Israeli Jews are in the process of destroying Palestinian society and erasing Palestinian culture, with impunity. Churches and mosques are both being destroyed, though Israel would prefer to keep the spotlight on mosques, to fan a religious war between Islam on one side, and Christians and Jews on the other.

1/ During the Congressional debate around the Iran deal president Obama had negotiated, Senator Chuck Schumer said he would vote “against”…not because of any independent analysis, but because this is what Netanyahu wanted. In other words, he publically said that he would follow the Israeli prime ministers’ direction, over that of his own president. Because, as he said, he was “guardian of Israel”.

A sitting US senator proclaimed allegiance to a foreign country, and nobody asked him to resign!

2/ The Israeli Prime Minister addresses the full US Congress to lobby against the Iran nuclear deal. When the deal does go through, Israel demands more US aid! And, is likely to get it. One can try various definitions of “blackmail” to see which one fits.

The US president is impotent in dealing with Israel. The so-called “pro Israel lobby” effectively functions like an agent of Israel. The Israel lobby is playing the role of the East India Company, in Britain’s colonization of India.

3/ The Israel Lobby interferes massively in US foreign policy in the region. The “mainstream” media such as NYT spins events to reflect Israel’s views (bureau chiefs are typically Jewish and resident in Israel). The Iraq war cost $1 trillion+ and cost thousands of US lives, created ISIS, and was pushed by the Lobby. Israel benefits from the distraction.

The colonization of the US by Israel is becoming increasingly explicit. It is now increasingly seen as “normal” to have a double standard: one for Israel, another for the rest of the world. The boycott-Israel movement is an example of that: you can boycott anything or anyone, but not Israel. This is true power, and the face of colonization.