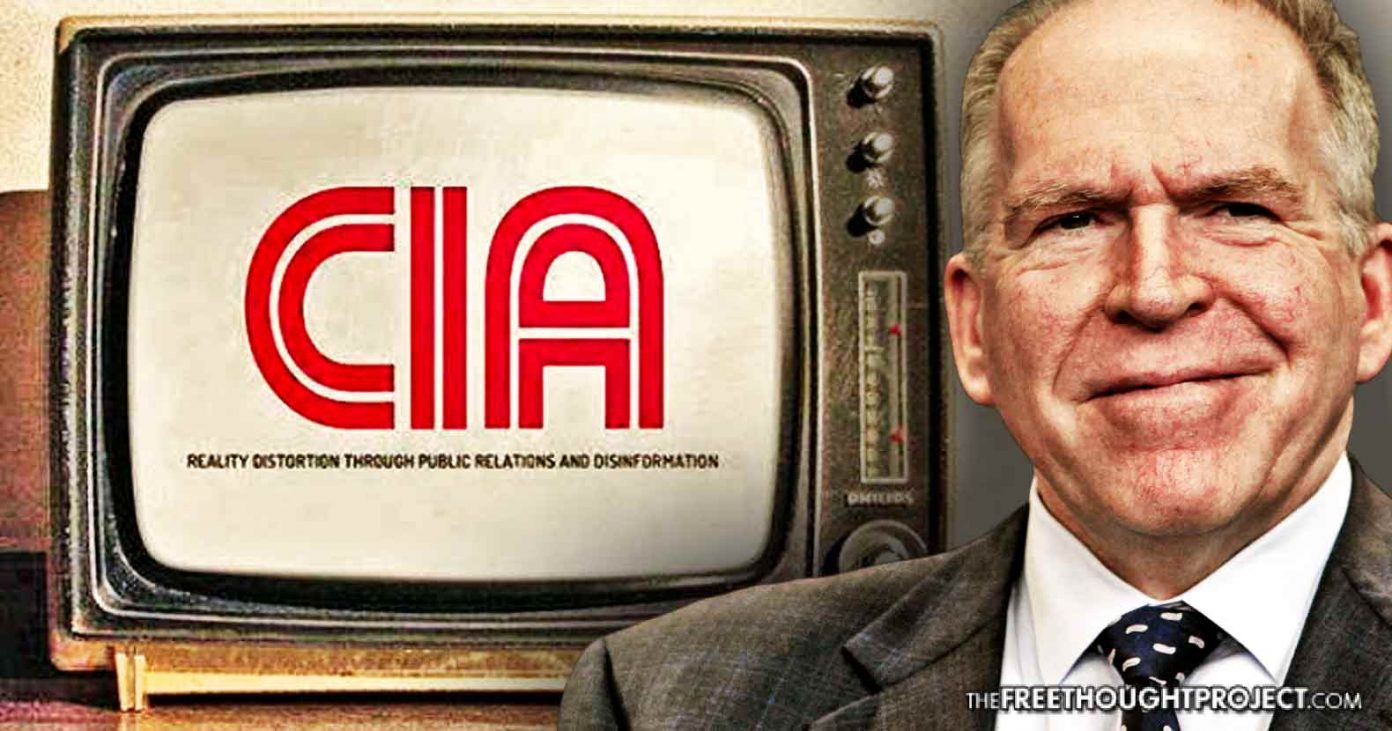 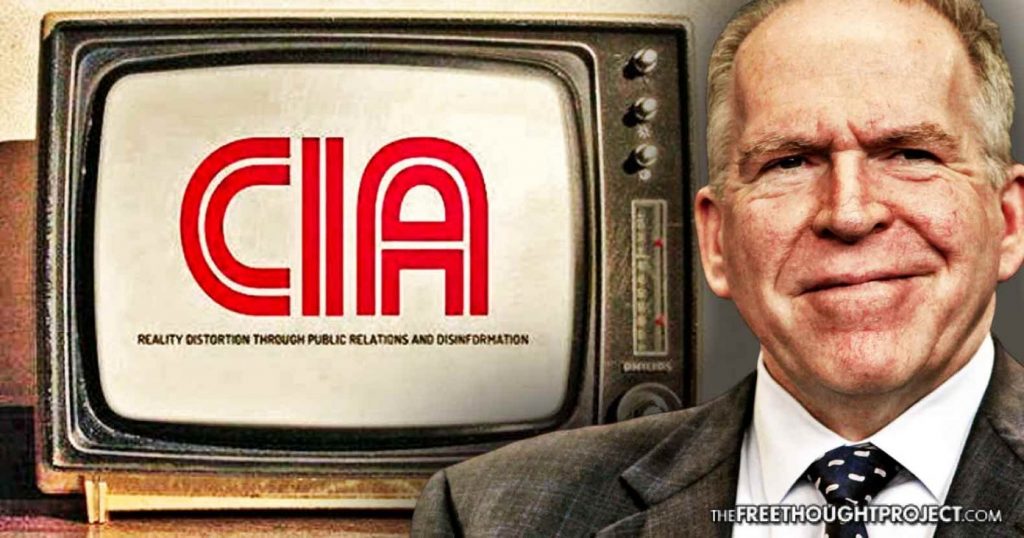 Washington, D.C. — (RT) Former CIA Director John Brennan has been hired as a paid contributor by NBC and MSNBC, the media company announced. He led the agency from 2013 to early 2017, under President Barack Obama.

Brennan’s appointment comes amid the outcry over the memorandum released by House Intelligence Committee Chair Devin Nunes (R-California) alleging impropriety by the FBI and DOJ while investigating claims of Russian interference in the 2016 election.

That Brennan previously lied to an NBC journalist about the CIA’s attempts to thwart a Senate Intelligence Committee investigation into the agency’s use of torture was apparently no deterrent to his appointment. 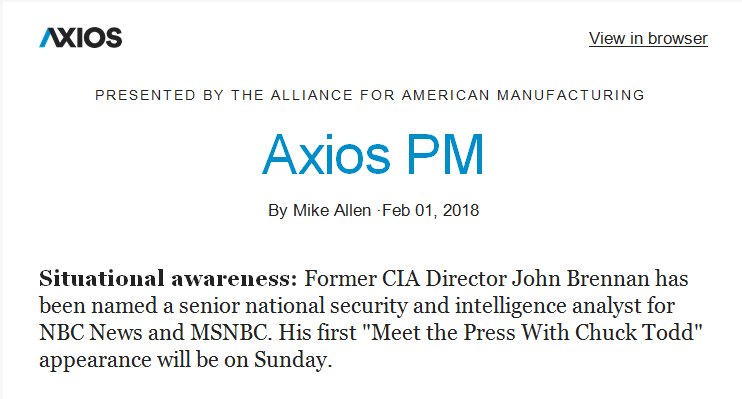 NEW: Former @CIA Director @JohnBrennan is now a senior national security and intelligence analyst for @NBCNews and @MSNBC. He will first appear on @MeetThePress with @ChuckTodd this Sunday. (First in @axios PM: http://bit.ly/2DX0TCl )

The ex-CIA chief made his first appearance in his new role as a senior national security and intelligence analyst on ‘Meet the Press’ Sunday, and promptly took the opportunity to accuse Nunes of being “exceptionally partisan” and abusing his role to protect Trump. 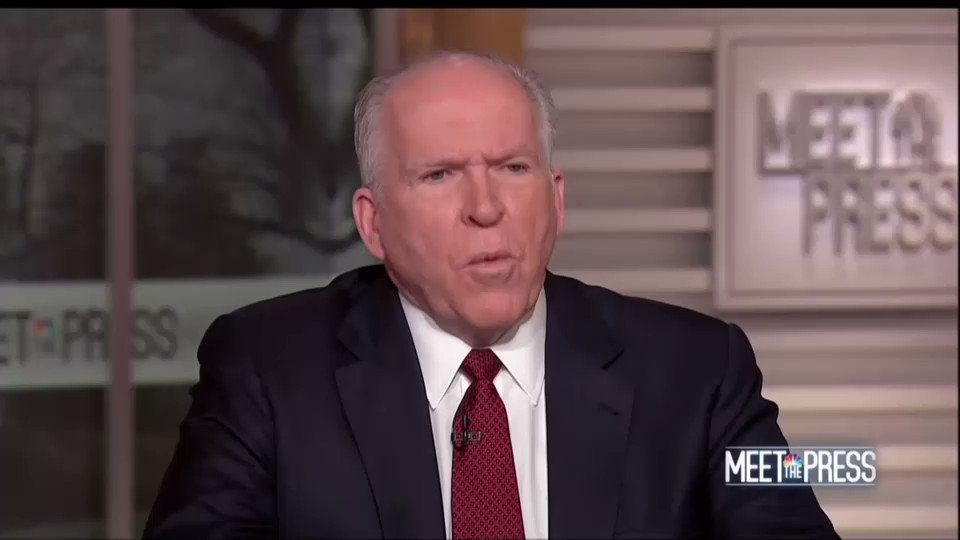 WATCH: Former CIA Director John Brennan on NBC says Devin Nunes has “abused the office of the chairmanship” to protect Trump and that blocking Democrats from releasing their own memo is “appalling”

I had many fights with Congressional Dems over the years on national security matters. But I never witnessed the type of reckless partisan behavior I am now seeing from Nunes and House Republicans. Absence of moral and ethical leadership in WH is fueling this government crisis. https://twitter.com/repadamschiff/status/958869046568669185 …

Brennan was nominated CIA director by Obama in 2013 and served until Trump took office in January 2017. In testimony before the House Intelligence Committee, he has maintained that Russia “brazenly interfered” in the 2016 elections, offering no evidence to support his allegations.

The irony of Brennan’s new post was not lost on journalist and The Intercept co-founder Glenn Greenwald, who pointed out that it was a “little strange” for the network to constantly denounce RT and Fox as “state TV” and then hire CIA Directors & Generals as your “news analysts”?

Just what NBC & MSNBC were lacking: the CIA view. What’s the point of having @KenDilanianNBC to serve as a vessel for CIA messaging when you just get it directly from the horse’s mouth under the guise of “news”? https://www.huffingtonpost.com/jonathan-valania/la-times-disowns-reporter_b_5770388.html … -Let’s hear more denunciations of “state TV” https://twitter.com/TheWrap/status/959430665585401857 …

Confirmation that the CIA illegally accessed Senate computers should lead to accountability.

The presence of former military and intelligence officials in newsrooms was once thought controversial. In 2008, the New York Times wrote an investigative analysis outlining the George W. Bush administration’s use of military analysts to shape terrorism coverage.

Internal Pentagon documents referred to them as “message force multipliers” or “surrogates” who could be counted on to deliver administration “themes and messages” to millions of Americans “in the form of their own opinions.”

The largest contingent of analysts were affiliated with Fox News, followed by NBC and CNN, the investigation found.