Most people believe that fluoride is beneficial and refuse to see the detriments of it.  Additionally, the same people have no idea where fluoride comes from and the numerous toxic applications it is used on, such as the extermination of cockroach and rats. In a recent peer review journal, fluoride has been classified as a neurotoxin, similar to lead and arsenic, yet governmental and health agencies still insist that it is good for you.

1. Fluoride Is A Carcinogen

Fluoride was found to be an equivocal carcinogen by the National Cancer Institute Toxicological Program.[1]

Further studies by the New Jersey Department of Health have now confirmed a 6.9 fold increase in bone cancer in young males.[2]

Earlier studies had found a 5% increase in all types of cancers in fluoridated communities.[3]

“In point of fact, fluoride causes more human cancer death, and causes it faster than any other chemical,” stated Dr. Dean Burk PhD who spent over three decades with the national cancer institute.

Researchers suspect a connection to cancer because half of ingested fluoride is deposited in bones, and fluoride stimulates growth in the end of bones, where osteosarcoma occurs.

2. Most Developed Countries Do Not Fluoridate Their Water 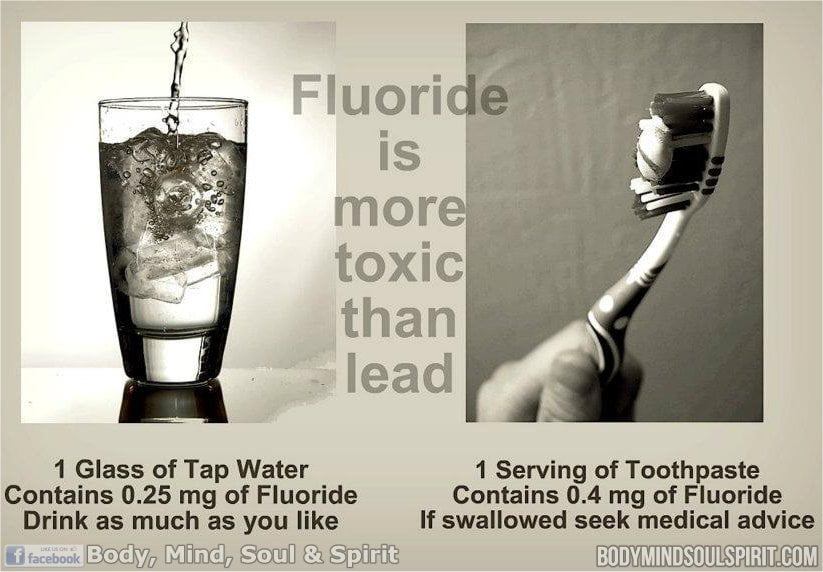 Drinking fluoridated water will double the number of hip fractures for both older men and women.[4, 5]

No correlation was found between the level of fluoride in water and dental caries.[7, 8, 9, 10, 11] There also appears to be a genetically related increase in tooth decay for Hispanics, Indians, Native Americans and Asians. Decay is largely related to the educational and economic level of the parents. [12]

“Fluoridation is no longer effective,” contends Hardy Limeback, head of the preventive dentistry program at the University of Toronto, who says adding the chemical to water is “more harmful than beneficial.”

Although fluoride has been proven to cause neurotoxicity in animal models, very little published research has elaborated on acute fluoride poisoning and neurotoxicity in adults and children. A report in a peer-reviewed open access journal published by the National Institute of Environmental Health Sciences performed a systematic review and meta-analysis of published studies to investigate the effects of increased fluoride exposure and delayed neurobehavioral development. 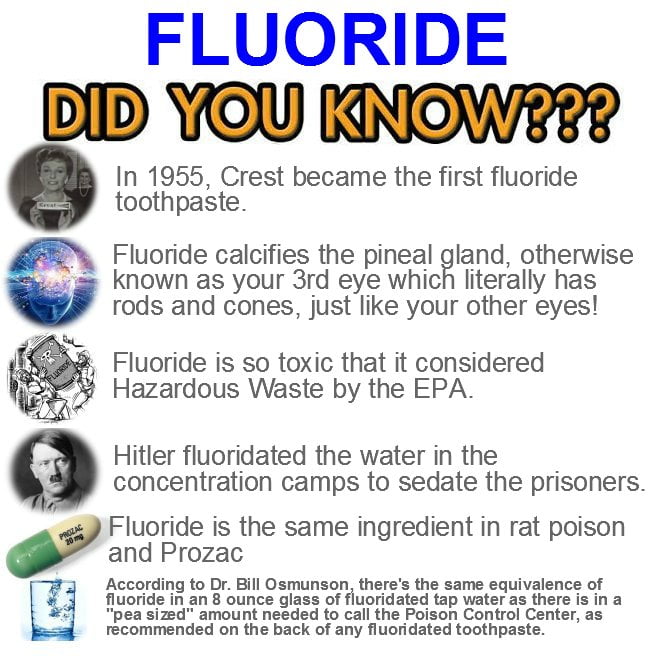 A study published in Neurologia showed “the prolonged ingestion of fluoride may cause significant damage to health and particularly to the nervous system.” That was the conclusion by a review of studies by researchers Valdez-Jimenez, et al.

The standardized weighted mean difference in IQ score between exposed and reference populations showed that populations in high fluoride areas had significantly lower IQ scores than those who lived in low fluoride areas. 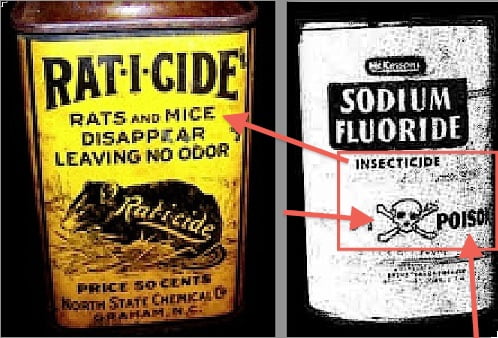 Infertility in women was found to increase with water fluoridation. Food and Drug Administration (FDA) scientists reported a close correlation between decreasing total fertility rates in women between ages of 10 and 49, and increasing fluoride levels.

They also reported that a review of all of the animal studies done to date shows that fluoride adversely affects fertility in most animal species.[6]

7. Fluoridation is Not a “Natural” Process and Fluoride is NOT A NUTRIENT

Fluoride is naturally occurring in some areas, leading to high levels in certain water supplies “naturally.” Fluoridation advocates often use this to support its safety, however naturally occurring substances are not automatically safe (think of arsenic, for instance).

Further, the fluoride added to most water supplies is not the naturally occurring variety but rather fluorosilicic acid, which is captured in air pollution control devices of the phosphate fertilizer industry. As FAN reported:

“This captured fluoride acid is the most contaminated chemical added to public water supplies, and may impose additional risks to those presented by natural fluorides. These risks include a possible cancer hazard from the acid’s elevated arsenic content, and a possible neurotoxic hazard from the acid’s ability–under some conditions–to increase the erosion of lead from old pipes.”

The term “fluoride supplement” is a misnomer as it implies that the product is a dietary supplement, like calcium and other nutrients. Fluoride, however, is not a nutrient. A nutrient is something the body has a physiological demand for–they’re not optional; we need them.

Fluorosis is a defect of tooth enamel caused by too much fluoride intake during the first 8 years of life. Opaque white spots and brown ugly teeth are caused by fluoride. Fluorosis currently affects one out of five or more children in this nation although it is rarely seen in California. 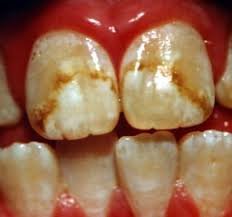 California is the least fluoridated state with less than 16% of the population drinking artificially fluoridated water.

Common causes of fluorosis include: fluoridated drinking water (particularly during infancy), ingestion of fluoride toothpaste, use of fluoride tablets, and consumption of processed foods made with fluoridated water.

A British researcher found that the cells in the pineal gland (a gland that contains calcified deposits that accumulate fluoride) were just as susceptible to fluoride-induced toxicity as the tooth-forming cells. Unlike the teeth, however, the pineal gland cannot be seen by the naked eye. As noted by the researcher, “The safety of the use of fluorides ultimately rests on the assumption that the developing enamel organ is most sensitive to the toxic effects of fluoride. The results from this study suggest that-the pinealocytes may be as susceptible to fluoride as the developing enamel organ.” The pineal controls your inner clock, provides good sleep, works with your adrenal glands to handle stress, keeps the thymus gland fed and cared for, and communicates 24/7 with the rest of the endocrine system about how things are going. 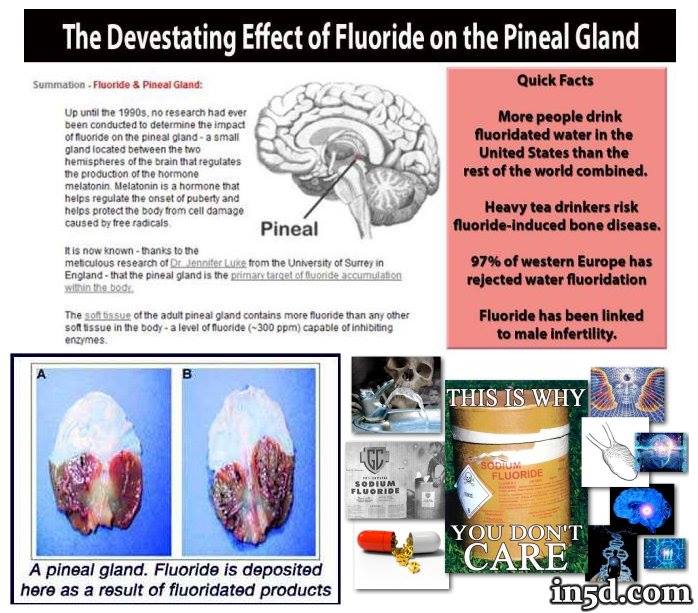 10. Fluoride Is NOT APPROVED By The FDA

As the FDA has long recognized, fluoride is not necessary to human health or development. When used to prevent disease, therefore, the FDA considers fluoride to be a drug.

11. Fluoride Is Highly Toxic, Yet It is The Drug Added To Public Water

Fluoride is added to drinking water to prevent a disease (tooth decay), and as such becomes a medicine by FDA definition. While proponents claim this is no different than adding vitamin D to milk, fluoride is not an essential nutrient. Many European nations have rejected fluoride for the very reason that delivering medication via the water supply would be inappropriate. Water fluoridation is a form of mass medication that denies you the right to informed consent. 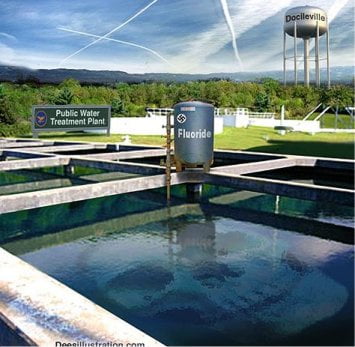 The International Academy of Oral Medicine and Toxicology has classified Fluoride as an unapproved dental medicament due to its high toxicity.

12. Most people are overexposed to fluoride due to the pesticide cryolite found in consumption of grape products, particularly white grapes, grown in the U.S

Many juice drinks that are not labeled as “grape juice” use grape juice as a filler ingredient. The use of cryolite thus contaminates many juices with fluoride.

Cryolite is also allowed to be added to the following products (although it is unclear how many producers actually do so, and what the resulting fluoride levels are):

The key way to avoid exposure to fluoride from cryolite is to avoid buying non-organic grape products, particularly beverages made out of white grapes.

13. USDA Organic Has Allowed Fluoride To Contaminate The Organic Label

Fluoride is a persistent and non-degradable poison that accumulates in soil, plants, wildlife, and humans. Many organic farmers may be unaware that this highly toxic substance has been allowed for use in the National Organic Standards (NOS) program, because its presence is hidden. However, it is allowed as Sodium Fluoride tucked away in the US EPA List 4 Inerts (“Inerts which have sufficient data to substantiate they can be used safely in pesticide products, according to EPA.”), which are allowed for use in the NOS. It is also allowed in Bone Meal (which can contain 1000 ppm – or more- fluoride), also included in US EPA List 4 Inerts (“Inerts generally regarded as safe, i.e., corn cobs and cookie crumbs,” according to EPA). 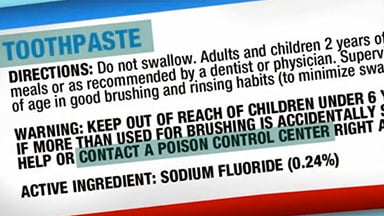 14. Fluoride Is Linked To The Leading Cause of Death

Depending on the country, cardiovascular disease is typically either the number one or two cause of death. A study published in Nuclear Medicine Communications Journal has concluded that increased uptake of fluoride in arteries may be associated with an increased cardiovascular risk.

15. Most Teas At Grocery Retailers Contain Toxic Levels of Fluoride

Drinking cheaper tea blends found at major grocery retailers can increase the level of people’s fluoride intake to toxic levels and put them at increased risk of skeletal and dental illnesses, a University of Derby found. The study is published in journal Food Research International.

see the most important NEW fact,  #16 below

Dr. Marianna Pochelli is a Doctor of Naturopathic Medicine specializing in the treatment of disease through superfoods and herbal strategies. She actively promotes detoxification, colon cleansing, and a vegetarian lifestyle using living foods as a platform to health.

Dr. Marianna Pochelli is a Doctor of Naturopathic Medicine specializing in the treatment of disease through superfoods and herbal strategies. She actively promotes detoxification, colon cleansing, and a vegetarian lifestyle using living foods as a platform to health.

The world’s leading peer reviewed medical journal, The Lancet, just published their findings stating that fluoride has been classified among the neurotoxins such as lead, mercury, arsenic, etc.

If you research fluoride, you’ll find that it’s the main ingredient in rat poison and Prozac.  Additionally, Hitler used it in the concentration camps to keep the prisoners subdued.  This is why it’s in our drinking water…. to create a subservient, conformist society who will not question anything. 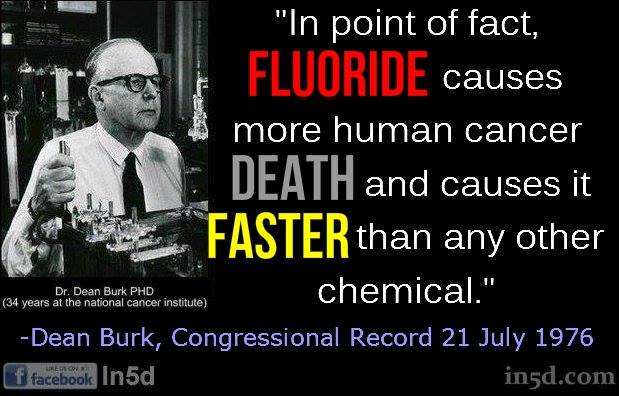