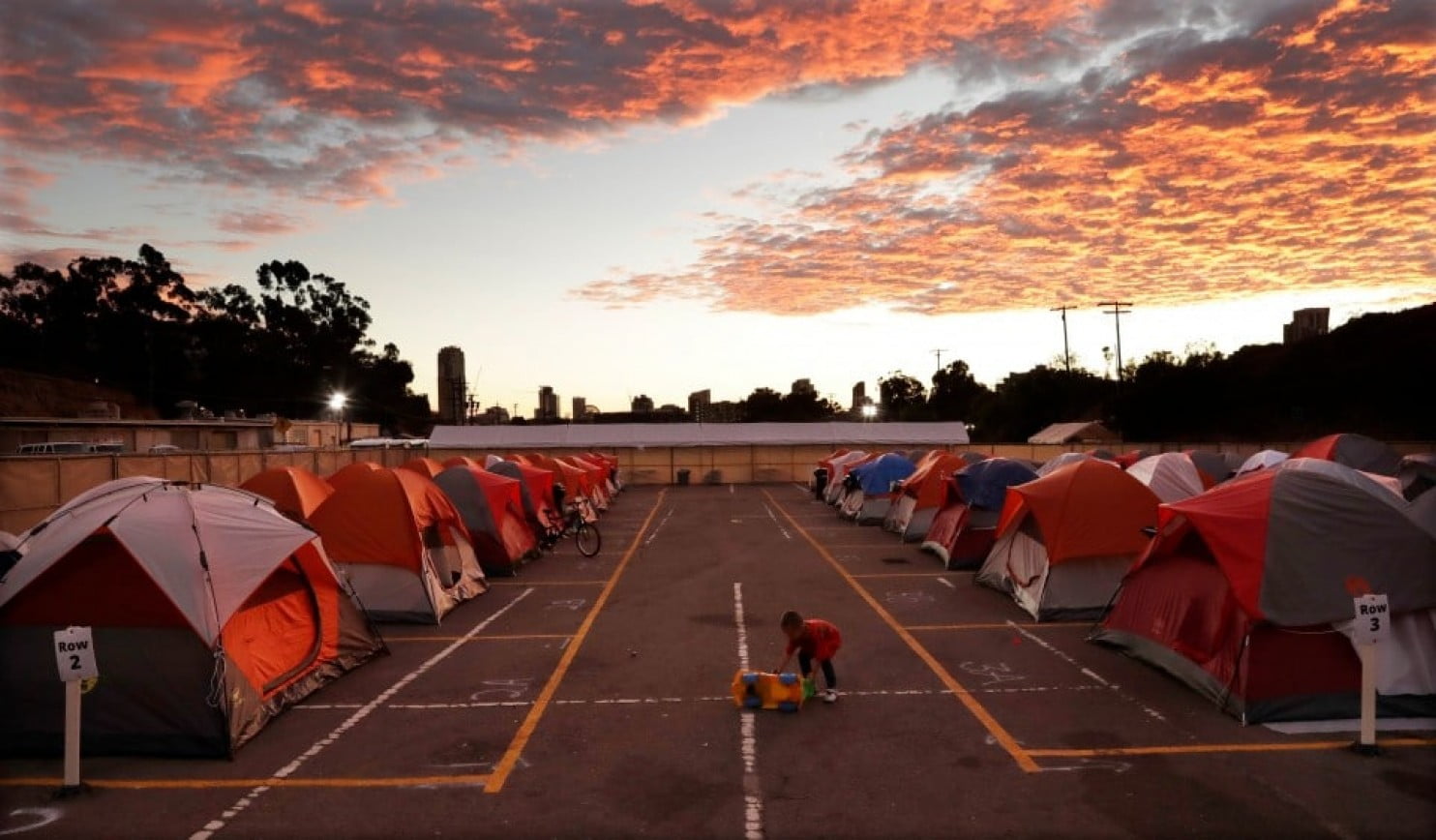 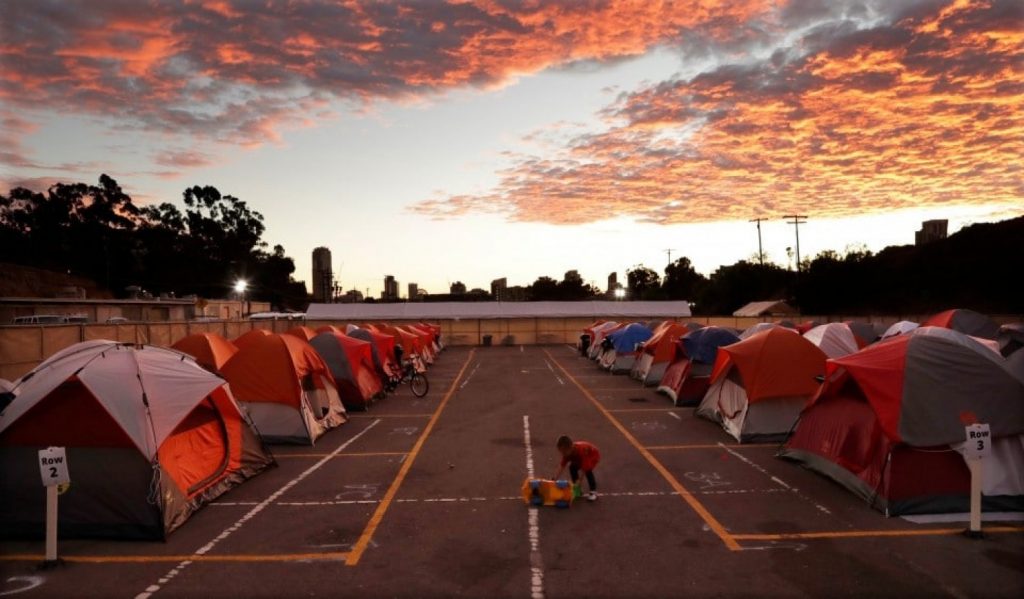 The U.N. finds growing numbers of Americans are living in the most impoverished circumstances. How did we get here?

“Finish all your food,” my mother used to tell me. “There’s a child in Africa who would love to have that food on your plate.” It was an effective disciplinary approach, especially because my family is from Africa. But my experience is not unique. Images of poverty in the “Third World” — then and now — permeate American society, reassuring us about our country’s ostensible democratic promise and potential for upward mobility. What economists call “extreme poverty,” most Americans think, is a distant problem, a hallmark of the less developed world.

But could extreme poverty also be a feature of what is (although perhaps not for long) one of the richest and most powerful nations in the world? Quite possibly. To answer the question, the United Nations launched an investigation of extreme poverty in the United States.

Philip Alston, the United Nations special rapporteur on extreme poverty and human rights, has just wrapped up a 15-day tour of the United States. His team visited Alabama, California, Puerto Rico, West Virginia and Washington, D.C. The findings, released last Friday, documented homelessness, unsafe sanitation and sewage disposal practices, as well as police surveillance, criminalization and harassment of the poor. The rise in poverty, they found, disproportionately affects people of color and women, but also large swaths of white Americans. The report concluded that the pervasiveness of poverty and inequality “are shockingly at odds with [the United States’] immense wealth and its founding commitment to human rights.”

To be sure, poverty in the United States is not equivalent to poverty in less developed countries. This has never been a country free of inequality and poverty, but their rapid growth over the past two decades has undermined any professed commitment to equal opportunity or the belief that the nation’s prosperity rests on the well-being of ordinary Americans.

In the late 19th and early 20th centuries, unfettered capitalism in the United States led to rapid economic expansion. This was characterized by widening class disparities and profound economic insecurity among the poor, a recipe that contributed to the crisis of the Great Depression.

Amid this crisis, our modern welfare state was born. Because of massive grass-roots protest, politicians and business leaders came to believe that capitalism would function better — in fact, flourish — if Americans could be assured a basic standard of living. While the welfare state primarily benefited and bolstered the white middle class with housing and education assistance, it also uplifted many of the poor (both white and nonwhite) through Social Security for the elderly, monthly stipends for single mothers and the disabled, and a minimum wage for workers. The safety net was later expanded to include food stamps, public housing and health care.

Although unequal and stigmatizing, public assistance successfully kept most people out of extreme poverty. The welfare state fueled post-World War II economic growth, strengthened consumer capitalism by putting money in the hands of the middle and working classes, and upheld the promise (if not always the reality) of upward mobility through access to education and a modicum of economic security.

But since the 1970s, the safety net has been diminished considerably. Labor regulations protecting workers have been rolled back, and funding for education and public programs has declined. The poor have been the hardest hit. With welfare reform in 1996, poor single parents with children now have a lifetime limit of five years of assistance and mandatory work requirements. Some states require fingerprinting or drug testing of applicants, which effectively criminalizes them without cause. The obstacles to getting on welfare are formidable, the benefits meager. The number of families on welfare declined from 4.6 million in 1996 to 1.1 million this year. The decline of the welfare rolls has not meant a decline in poverty, however.

Instead, the shredding of the safety net led to a rise in poverty. Forty million Americans live in poverty, nearly half in deep poverty — which U.N. investigators defined as people reporting income less than one-half of the poverty threshold. The United States has the highest child poverty rates — 25 percent — in the developed world. Then there are the extremely poor who live on less than $2 per day per person and don’t have access to basic human services such as sanitation, shelter, education and health care. These are people who cannot find work, who have used up their five-year lifetime limit on assistance, who do not qualify for any other programs or who may live in remote areas. They are disconnected from both the safety net and the job market.

In addition to the reduction of public assistance and social services, the rise in extreme poverty can also be attributed to growing inequality. To quote the U.N. report: “The American Dream is rapidly becoming the American Illusion, as the U.S. … now has the lowest rate of social mobility of any of the rich countries.” In 1981, the top 1 percent of adults earned on average 27 times more than the bottom 50 percent of adults. Today the top 1 percent earn 81 times more than the bottom 50 percent.

Declining wages at the lower end of the economic ladder make it harder for people to save for times of crisis or to get back on their feet. A full-time, year-round minimum wage worker, often employed in a dead-end job, falls below the poverty threshold for a family of three and often has to rely on food stamps.

The current tax bill promises to further exacerbate the problem by providing generous tax cuts for corporations and the wealthiest Americans, modest tax cuts for many middle-class families and decreased spending on programs that help the poor, which currently constitute only 1.5 percent of federal outlays.

The growth of extreme poverty in the land of plenty is an indicator that we shouldn’t be talking about how to slash spending on social programs, but how to expand services and better meet the needs of the vulnerable among us. One and a half million American households live in extreme poverty today, nearly twice as many as 20 years ago. If this trend continues, we will undoubtedly see the number of extremely poor Americans rise dramatically, imperiling the values of democracy and human rights.

Getting children to eat their food is a peculiar problem of those who have enough to eat. With my own children, it seems that a more appropriate way to encourage them to clean their plates is to tell them: “Finish all your food. There’s a child down the block who would be thrilled to have that food on your plate.”