Prepare For Change
Home Awakening WHY THE LOST LAND OF ATLANTIS WENT DOWN – IF WE DON’T... 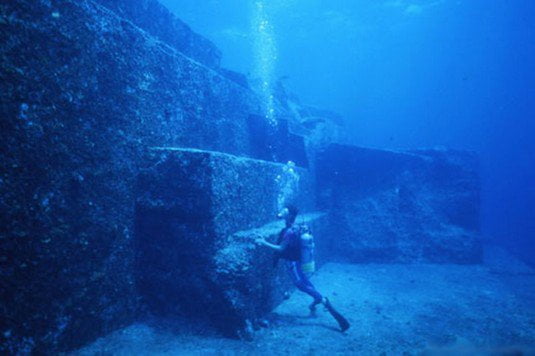 By reading this article, I wanted you to think about the factors Plato describes and how it related to the modern day human experience. Perhaps there are some lessons we can learn…

Advanced ancient civilizations are a big topic of interest among researchers, historians, archaeologists, and scientists. Every single year we are gifted with a mysterious find that has us questioning the origins of the human race and imagining the cultures which roamed the earth before us. We have found much evidence to suggest that there may have been civilizations in existence before us which were intellectually, and even technologically superior. That being said, this theory is still thought to be quite fantastical; despite all of the evidence which has been brought to light in recent years to support this notion, it is still largely ignored by the mainstream. If you are interested in looking at some of this evidence, a great place to start is with author Graham Hancock, in his book titled The Magicians of The Gods.

Before we begin, it’s important to mention that it seems  Atlantis was pretty advanced, here’s an interesting article from us written by Graham Hancock that also touched on Atlantis. Perhaps they were a civilization much more advanced than we are today? And perhaps this is the reason for the cover-up, if there was/is one. Imagine the implications of the admittance of an extremely advanced race that predated ancient Sumer, one full of technology that is superior to ours today.

At the end of the day, no matter how advanced a civilization becomes, the true mark of advancement is what that races uses that technology for. Will it become a cesspool of greed and corruption? Or will that race work together to continue exploring, advancing and discovering?  Will it be a race that respects each other and their planet? One that wants to cooperate and live in harmony?

I could go on and on, the point is, it’s the level of human consciousness that determines the direction of the human civilization, not what it knows how to do or build, but one that knows how to ‘feel’ what the right thing to do is. Selfishness, greed, ego, and fear would most certainly prevent any civilization from thriving.

If you start talking about the lost, ancient city of Atlantis, most people will probably think that you’re living in ‘la la’ land. Many people are unaware that this city has been seriously studied for hundreds of years. For example, we can see that it was a subject of significant importance for researchers at the Smithsonian Institution, as emphasized by their Annual Report of the Board of Regents of The Smithsonian Institution for the year ending June 30th, 1915.

In the report, author M. Pierre Termeir, a member of the Academy of Sciences and Director of Service of the Geologic Chart of France, gives a lecture regarding the Atlantean civilization.  He makes a compelling case for further study of this lost city:

After a long period of disdainful indifference, observe how in the last few years science is returning to the study of Atlantis. How many naturalists, geologists, zoologists, or botanists are asking one another today whether Plato has not transmitted to us, with slight amplification, a page from the actual history of mankind. No affirmation is yet permissible; but it seems more and more evident that a vast region, continental  or made up of great islands, has collapsed west of the Pillars of Hercules, otherwise called the Straight of Gibraltar, and that its collapse occurred in the not far distant past. In any event, the question of Atlantis is placed anew before men of science; and since I do not believe that it can ever be solved without the aid of oceanography, I have thought it natural to discuss it here, in this temple of maritime science, and to call to such a problem, long scorned but now being revived, the attention of oceanographers, as well as the attention of those who, though immersed in the tumult of cities, lend an ear to the distant murmur of the sea.

You can read this full report here, starting on page 219.

In his lecture, M. Termeir goes on to present zoologic, geographic, and geologic data to support the existence of the lost Atlantean civilization.Not only that, archaeological discoveries on the ocean floor have also raised some questions…

Plato, the ancient Greek philosopher, provides a description of Atlantis in his dialogue Critias, which was never completed. The following is a summary of his depiction, these are a few of many points I am taking from Manly P. Halls, The Secret Teachings of All Ages

The Downfall of Atlantis

These are the essential points Plato makes about Atlantis. He described it as a great and powerful empire, almost magical, and said that this was the same empire which attacked the Hellenic states. He attributes the power and glory they tasted after this venture to their eventual demise, writing that the love for these ego-driven desires that soon developed among Atlantean kings “lured” them from “the pathway of wisdom and virtue.”

“Filled with false ambition, the rulers of Atlantis determined to conquer the gods into his holy habitation and addressed them. Here Plato’s narrative comes to an abrupt end, for the Critiaswas never finished.” (source)

Plato also tackles the subject of Atlantis in his Timaeus, writing of a story told by Solon — who himself is said to have heard the story in Egypt, passed on to him by a priest via hieroglyphic inscriptions in a temple in Sais — in which a violent cataclysm sank the continent. Thus, the  Island of Atlantis completely disappeared. (source)

“A technologically sophisticated but morally bankrupt evil empire – Atlantis – attempts world domination by force. The only thing standing it its way is a relatively small group of spiritually pure, morally principled and incorruptible people – the ancient Athenians. Overcoming overwhelming odds . . . the Athenians are able to defeat their far more powerful adversary simply through the force of their spirit. Sound familiar? Plato’s Atlantean dialogues are essentially an ancient greek version of ‘Star Wars.’ ” – Ken Feder, professor of archaeology, taken from his book “Frauds, Myths and Mysteries: Science and Pseudoscience in Archaeology.”

The Egyptian connection is also interesting to bring up here because Crantor, another ancient Greek philosopher, asserted that the Egyptian priests declared the story of Atlantis to be written upon pillars which were still preserved circa 300 B.C.

Manly P. Hall has noted that, before this cataclysm, a portion of the population left and did not succumb to the egoistic tendencies which apparently led to the downfall of Atlantis. Was the philosophic, religious, and scientific knowledge of Atlantis passed on? There are many similarities between the reported teachings of Atlantis and those of other cultures, such as the Mayas of Central America.

According to Manly P. Hall, from the Atlanteans, “the world received not only the heritage of arts and crafts, philosophies, and sciences, ethics and religions, but also the heritage of hate, strife, and perversion. The Atlanteans instigated the first war; and it has been said that all subsequent wars were fought in a fruitless effort to justify the first one and right the wrong which it caused.” (source)

Before Atlantis sank, its spiritually illuminated Initiates, who realized that their land was doomed because it had departed from the Path of Light, withdrew from the ill fated continent. Carrying with them the sacred and secret doctrine, these Atlanteans established themselves in Egypt, where they became its first divine rulers. Nearly all the great cosmologic myths forming the foundation of the various sacred books of the world are based upon the Atlantean Mystery Rituals.” (source)

One of the most interesting parts of this story, to me, is the fact that this place is often remembered as a place of glory, light, and abundance, which it was. But they were not immune to the dangers of avarice, either, as H.P. Blavatsky makes clear: “Under the evil insinuations of their demon, Thevatat, the Atlantis race became a nation of wicked magicians. In consequence of this, war was declared, the story of which would be too long to narrate; its substance may be found in the disfigured allegories of the race of Cain, the giants, and that of Noah and his righteous family. The conflict came to an end by the submersion of the Atlantis, which finds its imitation in the stories of the Babylonian and Mosaic flood.” (source)

Picture used for this article:

The picture used for this article comes from what seem to be ancient ruins off the coast of Japan known as the “Yonaguni Ruins.”