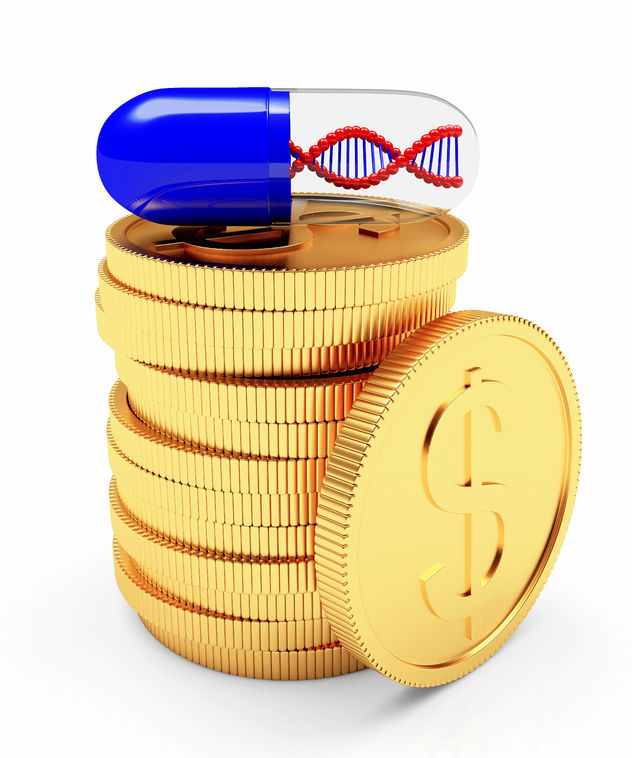 One of the oldest marketing tricks in the book is to dramatically overprice something in order to increase its perceived value. Ironically, the less intrinsic value the commodity holds, the more effective such a tactic can be. This could explain what’s going on with one of the highest priced and most useless chemotherapy drugs on the market today.

The chemotherapy agent is known as ipilimumab (trade name YERVOY®), and costs about $120,000 for a full course of treatment. While the manufacturer advertises YERVOY® as providing tangible hope to those with non-resectable or metastatic melanoma, it also boldly warns on its website that the effects of this drug can be quite deadly:

What are the serious side effects of YERVOY?

A 2015 report in the Journal of Clinical Oncology found that 85% of patients receiving ipilimumab had immune related adverse effects, with 35% requiring systematic corticoidsteroids and 10% anti-tumor necrosis alpha therapy, ostensibly to try to save them from the deleterious effects of the original treatment of ipilimumab. The estimated median time to treatment failure (defined as either the time to new treatment or death) was only 5.7 months.

How could a presumably “immune enhancing” drug that causes the majority to experience severe immune-related adverse effects including death be advertised to imply that it will confer the possibility of “long-term survival”?

On Bristol-Myers Squibb’s website for YERVOY® the advertising copy reads:

Who wouldn’t want the possibility of long-term survival?

You want more than hope. With YERVOY® (ipilimumab), you have evidence.”

What “evidence” supporting YERVOY’s® life-saving power are they referring to? First, let’s look at what ipilmumab actually is.

Ipilimumab (trade name YERVOY®) is part of a class of drugs known as monoclonal antibodies. Monoclonal antibodies are essentially byproducts of a very special type of cancerous growth. They are produced through creating chimeric tumors known as hybridomas. Hybridomas are made by fusing together human myeloma (a type of B-cell cancer) and rodent spleen cells. These biofactories produce monoclonal antibodies which are engineered to attach to specific biostructures/biological targets, though whether they are in actuality as specific in their effects as believed is a matter of question. One of the obvious problems with monoclonal antibodies is that, like most live biological products used to produce vaccines, hybridomas are infected with endogenous retroviruses, which could cause a wide range of health problems.

Is it any wonder that these cancer-cell derived tumors could produce secretions that could lead to harmful effects in the human body?

It is hypothesized that Yevoy supports the anti-cancer activity of cytotoxic T lymphocytes (CTLs) immune system by targeting the CTLA-4 protein receptor, a protein receptor that downregulate the immune system. The theory goes that when the CTLA-4 protein receptor is deactivated through ipilimumab, CTL activity increases, producing a positive effect.  This highly linear and simplistic, one cause- one effect logic, has yet to be proven in a convincing manner. One would assume that in the absence of clear proof for a plausible mechanism, the clinical outcomes would speak for themselves, and because the FDA requires placebo-controlled, randomized, double-blind trials, to ascertain efficacy, that this drug would have already been found compelling. Not so.

The “Evidence” That Never Existed

What was the clinical evidence produced by the manufacturer of Yervoy (Bristol-Myers Squibb) to substantiate their claim that it produces, “the possibility of long-term survival”?

In 2007, Bristol-Myers Squibb and Medarex released three studies, one of which showed the drug was incapable of meeting its primary goal of shrinking tumors in at least 10% of the study’s 155 patients.1

Even more suspicious is that their phase III clinical studies did not use a true placebo or standard treatment group for their control arm. Instead, the study tested ipilmumab alone, ipilimumab with an experimental vaccine known as gp100, and the vaccine alone.

Although the patients had a slightly higher survival rate with ipilumamab alone (10 versus 6 months), it was not clear whether the experimental vaccine had caused harm, which would have made the drug alone appear to perform better by comparison. The one year survival rate was 46% in those treated with only ipilimumab, compared with 25% in those treated with gp100, and 44% for those receiving both.2

A more recent 2015 study published in the American Journal of Clinical Oncologyfound that ipilmumab produced no increases in survival when added to radiotherapy for melanoma brain metastasis patients, further adding to the evidence against the manufacturer’s claims the drug has been proven to do anything of value for those suffering from cancer.

Unsafe, Not Proven Effective, and 4,000x More Expensive Than Gold

Yervoy is one of the most expensive chemotherapy drugs on the market. In fact, at a 2015 American Society of Clinical Oncology annual meeting, Dr. Leonard Saltz, chief of gastrointestinal oncology at Memorial Sloan Kettering Cancer Center, discussed the high cost of cancer drugs, citing as an example the cost of ipilimumab (157.46/mg), which is “approximately 4,000 times the cost of gold.” As of 2013 the cost of treatment is approximately $120,000 for a full course.

In a previous essay titled, “Has Drug-Based Medicine Become A Form of Human Sacrifice,” I identified the cancer drug industry’s fundamentally immoral orientation toward cancer treatment, drawing parallels to financial institutions which rely on fiat currencies to accumulate vast power and control:

Turning Disease Into Gold With The Drug-Based Printing Press

Many modern diseases are, in fact, created by fiat (not unlike modern currencies): age-old symptoms of nutritional deficiency or chemical poisoning are repackaged and renamed in Latin and Greek as would-be monolithic disease entities, and subsequently rolled out to the consumer as new markets; each disease representing a veritable gold mine of “treatable” symptoms; each symptom providing justification for the prescription of a new set of patented, toxic drug-commodities.

The “medicines” themselves are often devoid of intrinsic value, being nothing more than rebranded and re-purposed chemicals, intended (though all too often failing) to be administered in sub-lethal concentrations. Indeed, many of these chemicals are too toxic to be legally released into the environment, and should never be administered intentionally to a human who is already sick.  You need look no farther than a typical drug package insert to find proof that the side effects of most drugs far outnumber their purported beneficial effects.

These chemicals, in fact, are so highly leveraged against their true value (or lack thereof), that they can sell for as much as 500,000% percent from cost! Only medical/pharmaceutical and financial institutions (e.g. Federal Reserve) are legally empowered to generate the illusion that they are creating something of value out of nothing of value, on this scale. This manipulation of perceived value, which is the basis for the global dominance of the drug-based medical model, is not unlike how financial institutions created toxic derivative products (e.g. Credit Default Swaps), essentially creating the illusion of financial wellbeing and prosperity, at the very moment that they were planting the seeds of death within the global economy; ruining the lives of countless millions in the process.”

Clearly, conventional cancer treatment is not only devastatingly toxic, and may even kill the patient quicker than the cancer they are being treated for, but it can also wreak financial ruin as well.

The reality is that plenty of preliminary research indicates that safe, effective, affordable, and accessible drug alternatives for treating melanoma already exist. Because they are natural substances which do not grant patent exclusivity they will never receive the 800 million-11 billion dollars of upfront capital needed to fund the trials required to receive FDA drug approval.  For research on potential natural alternatives for melanoma, use the GreenMedInfo.com database on the topic here. Also, learn about the true nature of cancer by exploring the role of cancer stem cells, and natural substances that have the ability to selectively kill these tumoriogenic cells without harming healthy ones.

Also, for a robust database of natural cancer interventions, including thousands of published studies and articles on the topic, please use our resource: Health Guides: Cancer Research