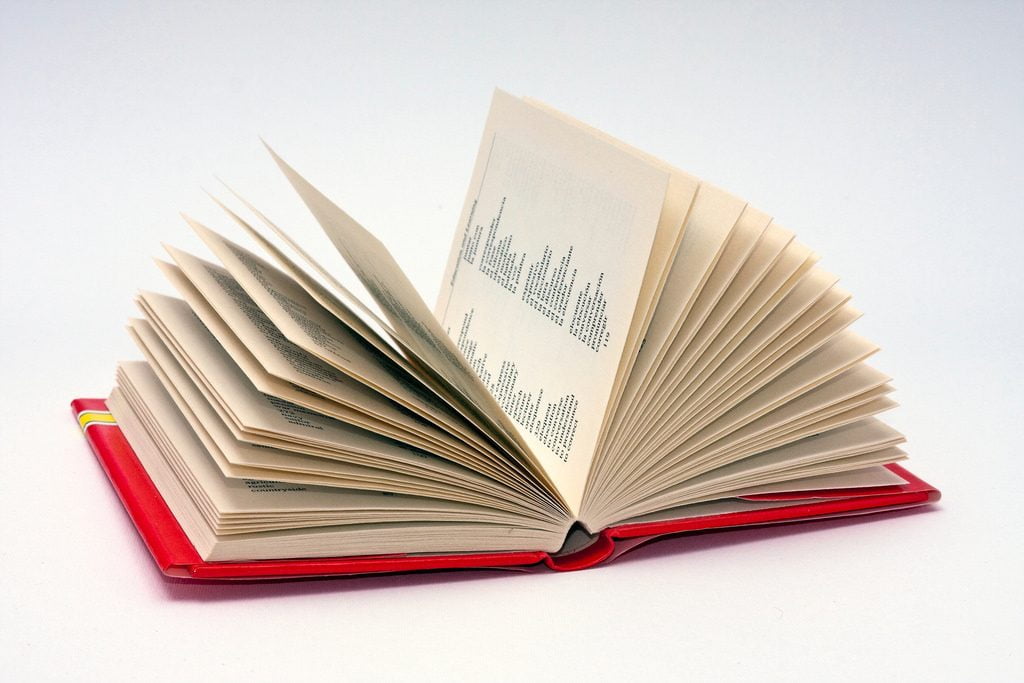 Angels: Divine messengers of Mother/Father God. Immortal Beings of Light, or Divine Spirit. Entrusted to orchestrate the means by which Divine Plan will be carried out.

Archangels: Highest ranking Beings of Light in Angelic Realms. In charge of the many tasks needed to carry out Divine Plan of Mother/Father God.

Ascended Master: Being of Light that has had past life or lives on Earth During Earth time, achieved full consciousness of highest level, merging spirit and body into Oneness that transcended all elements of Physical Creation. This Oneness created Angel-like Being that broke the strictures of karma and was able to serve as holy example for all humanity. Ascended Masters now serve on Holy Councils that assist humanity with its present Ascension process.

Deva Kingdom: Physical Elementals who aid Angelic Realms and Councils of Elohim in formulating and maintaining many elements that make up Physical Creation.

Divine Plan: Holy and divine blueprint of Mother/Father God. Through it, the many Creations are carried out.

Jesus Christ: Very high Ascended Master of Light. Came to teach humanity about workings of Love and its corollary — power of forgiveness. Showed how to use his teachings to ascend. One of the great prototypes for full consciousness sent to Earth by our loving and compassionate Mother/Father God.

Lord Buddha: Very high Ascended Master of Light. Came here to teach humanity about workings of Compassion and how to use it to break constant cycle of Karma and thereby ascend. One of the great prototypes for full consciousness sent to Earth by our loving and compassionate Mother/Father God.

Lord Kuwaya: Aspect of Mother/Father God in charge of overseeing primary energies of Creation that are needed to carry out Divine Plan. Supervises, along with Lord Siraya, unfolding of Divine Plan.

Lord Metatron: One of major Archangels, as well as Chief Elohim. Assigned by Mother/Father God to be in charge of this present Creation, which is sixth of ten Creations provided for by Divine Plan.

Lord Michael: Magnificent Being of Light and major Archangel. Duty is to inform the many Archangels how best to carry out Mother/Father God’s divine Plan.

Lord Surea: Aspect of Mother/Father God in charge of sacred Lineage and Councils of Heaven, that carry out Divine Plan. All Divine minions of Heaven follow his holy pronouncements.

Mother/Father God: Supreme Creative Force or Supreme Light of Creation. Consists of three immortal and powerful creative aspects, of which only two — Lord Siraya and Lord Kuwaya — have been revealed. God’s purpose is to unfold Creation according to Divine Plan.

Spiritual Hierarchy: Sacred structure that represents holy lineage of Heaven. Consists of the Angelic Realms, the Deva Kingdom, the Ascended Masters, the many Orders of the Elohim and the numerous Divine Councils of the Time Lords.

Time Lords: Great Beings of Light whose orders are represented by many Divine Councils. In charge of Time, which, along with Light, is one of the two elements that compose Creation.

Akashic Records: Life records of all souls that have spent lifetime in Physical Creation. Records document in great detail each event that occurred during all moments of every lifetime.

Aura: Electromagnetic field that surrounds body and is given off by Life energies that vivify body.

Full Consciousness: State of unlimited reality where physical, mental, emotional and spiritual bodies are fully integrated. Denotes full use of now-untapped mental and spiritual capabilities: possession of light body and full range of psychic abilities, such as telepathy and telekinesis: capacity to instantly manifest what is physically desired: and full rapport with spiritual and other higher dimensions. Not as fully integrated with higher dimensions as Ascended Master. Another term for fully conscious Galactic Human.

Karma: Result of interactions with other sentient beings. Principal means whereby each lifetime is judged. Creates cycles that determine nature of one’s next lifetime. In the coming age, divine grace will break karmic cycle.

Light Worker: Enlightened Earth dweller who works with Ascended Masters and Angelic Realms to bring message of Ascension and new Age of Light to general public. Can be either an enlightened Earth soul (one who has been caught in karma cycle of many Earth lifetimes) or a star seed.

Merkaba: Another name for one’s Light Body. Part of full consciousness, when spiritual, astral and physical bodies are integrated. Allows self to shrink to baseball size and to travel anywhere, instantly.

Ritual: Usually specific set of procedures done on regular basis, with defined purpose or goal. Prime example of sacred ritual is group’s or individual’s use of meditation or vision quest to achieve divine purpose, e.g., to heal Earth or to better self.

Spirit: Soul or non-corporeal part of every living thing. Also refers to Beings of Light that assist in alleviating the daily struggles of human existence.

Thought Form: Entity created by one’s own thought, or by the thought of another individual or group. Capable of affecting health or behavior of unsuspecting (or unprotected) person.

Divine Intervention: Sacred God-granted mass landing operation of the Galactic Federation and the Angelic Realms. Being done through divine grace to return God’s WILL to planet Earth, and to give the gift of full consciousness to Mother Earth’s children.

Evacuation Scenario: Special operation that is precursor to mass landing operation. Will be used to quickly evacuate Earth-dwellers who live in regions exposed to catastrophes created by the coming Earth changes. Specially-created Galactic Federation action teams will successfully carry out this procedure.

Fluid Management: Primary organizing axiom of the Galactic Federation. Such full conscious organizations are non-hierarchical and goal-oriented. Rely mainly on talents, leadership and accord of its members.

Governing Council: Main ruling body of a planet, solar system or star league. Governed by the principles of fluid management. At present, over 200,000 such organizations are members of the Galactic Federation.

Liaison Team: Special team whose major purpose is to relay precious communications between groups and to enable different groups to work more efficiently and more harmoniously together.

Light Chambers: Specially-modified devices that will be used to accelerate procedures needed to turn a “star seed” into fully conscious Galactic Human in matter of minutes. Located aboard star ships in Galactic Federation’s mass landing fleet. Will be used a few hours before the mass evacuations and/or the actual mass landing occurs.

Main Federation Council: Principle governing body of the Galactic Federation. Located in the Vega star system. Works on the principle of one vote per member-star system or star league.

Dimensions: Distinct event sites, infinite in number and defined by the particular number of planes of consciousness or spiritual Light and Time that they contain. E.g., the fourth dimension is marked by a non-sequential and instantaneous time frame that loops past, present and future together. In the fourth dimension, consciousness is more complete than in the third, and exists in a less dense corporeal form. (Here is where the true astral plane begins.)

Hologram: In present Earth technology, film negative formed from interdiction of coherent monochromatic light, as from laser. When film negative is again exposed to laser, it will exhibit special 3-D-like properties. If torn or damaged, uniquely able to recreate complete image from any portion of film negative. In advanced technologies, can be projected on to any other medium besides picture film. Can be used to create enormous illusions formed from coherent force fields of light.

Photon Belt: Huge torroid or “belt” of inter-dimensional Light that passes through this part of Milky Way galaxy in 26,000-year cycle. Last encountered at beginning of 1997. Fortunately, Earth was put into special hole in it that was drilled by a coherent bow wave of gamma particles from a nova that was first observed by astronomers in 1987.

Planetary or Solar Hologram: Special inter-dimensional hologram composed of polarized light field. Used to surround planet or sun and preserve it from possibly dangerous situation. Since 1972, solar hologram has been used to prevent Earth’s sun from prematurely undergoing final stages of massive stellar explosion or nova.

Atlantis: Island continent and third Earth galactic colony. Located in mid-Atlantic Ocean, was slightly larger than present continent of Australia. In last stages, was site of many heinous genetic experiments that led to our acquisition of limited consciousness. Fortunately sunk by its own miscalculations some 12,000 years ago.

Earth Changes: Catastrophic restructuring of Earth’s surface that will return it to its original pristine state. Will prepare planet for graduation into full consciousness. Since Earth’s human population could not otherwise survive, the Galactic Federation is committed to an evacuation scenario and a mass landing to help an awakening humanity through this most difficult time.

Earth’s Firmament: Future element of Earth’s atmosphere is series of two major global ice sheets. First is located 15,000 to 18,000 feet up, and second is 35,000 feet above Earth’s surface. Open at the poles. Major insulator against harmful radiation that could lower life force energies of biosphere. When they are in place, Biosphere’s life force energies are at maximum.

Hybornea: First human galactic colony founded some 2,000,000 years ago. Located in region of modern-day Arctic Ocean, was about the size of present continent of Antarctica. Completely destroyed some 1,000,000 years ago, as part of general attack on this solar system that also laid waste galactic human colonies on Mars and Venus.

Inner Earth Civilization: Remnant world-wide underground Lemurian society that survives to this day and resides in special cavern worlds located throughout our globe. This civilization of galactic humans will reunite with present surface civilization after mass landings, and return to full consciousness by all of Earth’s human inhabitants.

Lemuria: Second human galactic colony founded on this planet some 900,000 years ago. As large as present continent of Asia, was located in the middle of the Pacific Ocean. Destroyed some 25,000 years ago by vicious attack from continent of Atlantis.