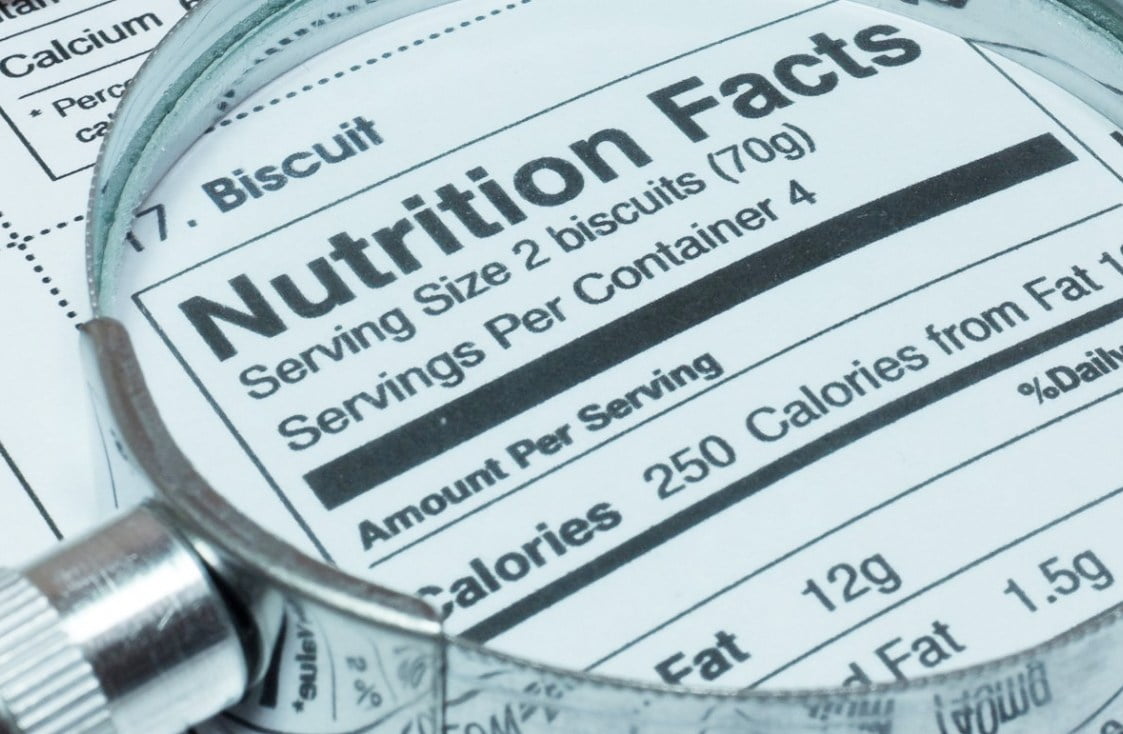 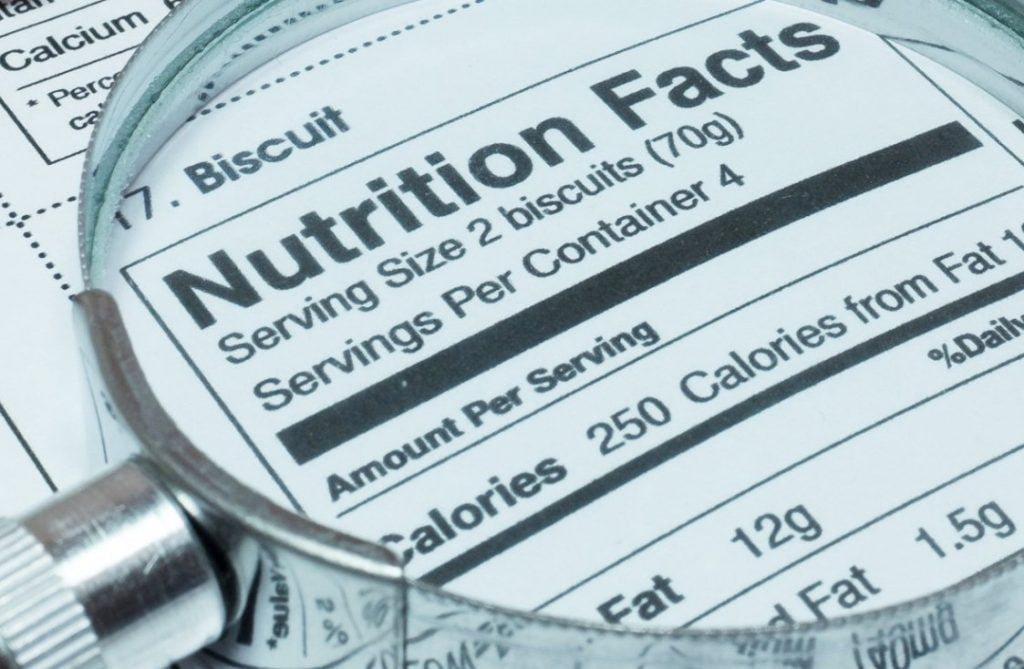 As we battle obesity and a whole host of chronic diseases linked to our diet – the food industry still continues to mislead us, exploiting popular misconceptions to mask harmful ingredients in their products.

Here are just a few of many supposedly healthy foods – that actually damage our health. Many of these are sold with misleading claims about their health benefits but have instead been found to disrupt our gut bacteria – the delicate ecosystem of bacteria and microbes that keeps us lean and healthy.

While rich in vitamin C, fruit juices are essentially sugar and water after all the fibre has been stripped out  – and that’s before the food industry start tampering and adding further sugar and flavourings.

Now in modest amounts pure fruit juices won’t do too much harm – but when drank in large quantities or on an empty stomach – which is so often the case as a staple breakfast drink – they can do a great deal of damage, flooding our liver with sugar and contributing to obesity, insulin resistance and fatty liver disease.

2. Low Fat or Fat Free Anything

Fat got a bad name – as a result of dodgy science and lobbying funded by the sugar industry in the 1960’s and 70’s. Not all fat is bad (1) and certainly not to the extent previously thought.  Some types of fats are infact key to our health and while fat is more calorie dense than other foods, sugar can be much more harmful.

When you see fat-free or low-fat on the label you can be sure that the product is highly processed. Fat carries a lot of flavour – so when fat is removed from foods, other additives are used in its place to compensate. Additives such as sugars or artificial sweeteners, certain oils, flavour enhancers and emulsifies.

All these ingredients do far more harm to our health – and have been shown to disrupt our gut bacteria and in the case of sugar, to overwhelm our liver causing significant damage when consumed in significant quantities.

If sugar is so bad, then surely diet soft drinks – free of sugar and calories – must be a healthy alternative?
Wrong – artificial sweeteners are now thought to be as bad or worse than the sugar they replace.

In a recent review of 37 studies(2) into the effects of artifical sweeteners on weight loss and health, researchers tracked 400,000 people over a 10 year period and found that those who consumed high levels of artificial-sweeteners in their foods were far more likely to gain weight or become obese, develop diabetes or have a heart disease.

In another study at the Weizmann Institute of Science, Israel when researchers examined the effect of the artificial sweeteners on the gut microbiome – they found significant changes as a result – including a reduction of beneficial strains of bacteria and an increase in harmful strains associated with obesity, metabolic disease and diabetes.

Watch out for anything with the words light, lite or low calorie on the label – as with the low fat labelling – this also means it is highly processed and sugars, fats and other calories have been replaced with artificial sweeteners (see above) together with flavour enhancers, preservatives and emulsifiers.

Some major studies have shown how both preservatives and emulsifiers disrupt the makeup of our gut bacteria and disrupt the protective mucous layer that shields our intestinal tract, leading to inflammation and leaky gut.

Yoghurt has long been considered a staple health food – packed with probiotics and associated with the longevity of the greeks and the mediterranean diet. Only when you browse the shelves of your local store, very few yoghurts on offer contain any live cultures – most have since been pasteurised – while many flavoured yoghurts contain more than 10g of sugar per 100g.

Now if you try to avoid the sugar and choose a low calorie flavoured yogurt – you’re probably swapping sugar for artificial sweeteners – which have been found to be highly disruptive to the makeup of our gut bacteria – quite the opposite of the health claims!

Yoghurt is a wonderful product – so long as you choose a natural plain variety free from additives – that you can always sweeten yourself.

Margarine is another highly processed food that is much more harmful than the food it was designed to replace – butter. In fact butter from grass fed dairy cows is good for us when consumed in moderation, but it became victimised by the ant-fat ideology of the 1970’s and 80’s.

Margarines was originally invented as a poor mans butter that could last. It was made from a number of ingredients – including hydrogenated plant matter and more recently from refined vegetable oils such as sunflower and palm oil. These processing results in high quantities of trans fats – which have been associated with a 34% increase in death, a 28% increased risk of coronary heart disease, and a 21% increase in the risk of cardiovascular disease.  Butter meanwhile – vilified for its saturated fat content has since been pardoned; based on the latest research there is no clear association between higher intake of saturated fats and death for any reason, whether coronary heart disease, cardiovascular disease, strokes or diabetes.

Thanks to powerful marketing and the direct association between sport and health – its no surprise that many of us believe a sports drink is a healthy way to replenish lost fluids, salts and energy.  Infact they are little better than a soda – with most sports, health and energy drinks containing as much as two-thirds the sugar of normal soft drinks as well as artificial flavours and colourings.

Even the vitamins, electrolytes or salts that much of their marketing relies on, most of us don’t need so they are largely un necessary.

Breakfast cereals are another example of processed foods – with all sorts of misleading health claims to mask the harm.  High in sugar, flavourings and colourings and made from refined starch – they lack fibre – Kids breakfast cereals in particular are the worst offenders.

Whether you are for against or indifferent to GMO’s – the vast majority of breakfast cereals are made from them. However more alarmingly are the levels of pesticides and herbicides residues in breakfast cereals – such as glyphosate – linked with the GMO ingredients. These herbicides act endocrine disrupters that interfere with our hormones as well as disrupting our gut bacteria.   Even ‘healthy’ cereals such as muesli have been found to have high levels of these pesticide contaminants.

9. Any Foods with Health Claims


Last of all – be very wary of anything advertised for its health benefits – you probably should steer clear. Does that seem a bit harsh? Not really – although you will be surprised by how many foods it cuts out.

Anything with health claims will be a processed food – made with multiple refined ingredients and in most cases harmful additives for a profit. The health claims – designed to attract your attention and often to divert it from shortcomings in the product are often spurious or misleading.

These are just a few of our favourite and largely meaningless claims that are often deflecting attention from other harmful chemicals and toxins.