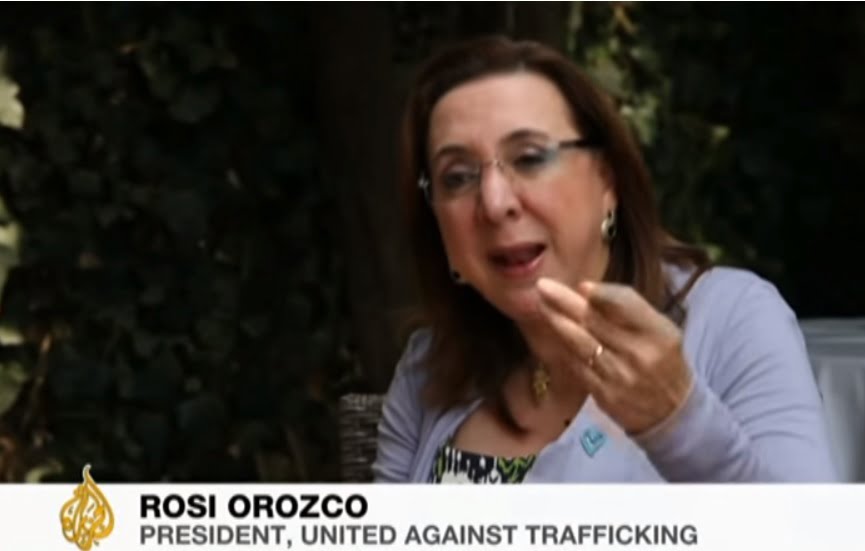 Earlier this week, we reported that a local veterans group based in Tucson, Arizona, Veterans on Patrol, uncovered a child sex camp while out on patrol looking for homeless veterans to pull off of the streets. See our previous story:

The corporate media, local law enforcement, and even many in social media have criticized the group for “making a big deal out of nothing.” Local police mocked them, asking them where their evidence was and where the victims were, in spite of the fact that they had been presented with much evidence that clearly contradicted the official police story that this was a “homeless camp.” 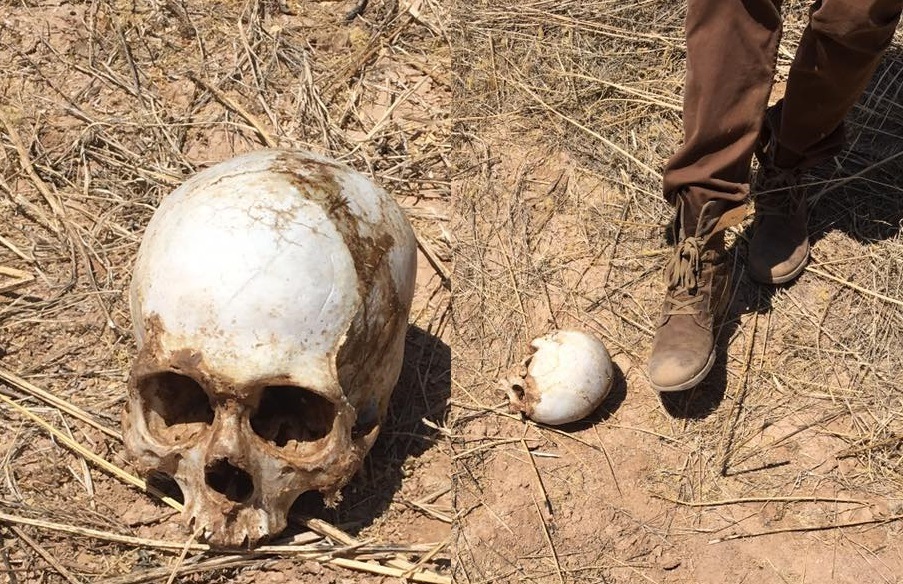 This child’s skull (size shown by putting a man’s shoe next to it) was reported still decomposing with an obvious stench. Image source VOP Facebook Page.

VOP Asks Some Questions of Tucson Police Live on Camera

By Monday this week, police were telling the local media that they had investigated the site, used a cadaver dog, and “found no evidence of child sex trafficking,” and concluded it was simply a homeless camp.

This “official story” was then fed to the local media. (See:

Lewis Arthur of VOP then decided to visit the Tucson Police Department to ask them some questions about their conclusions, and to let them know of their own plans to continue “search and rescue” operations in the area.

He gives an invitation to the media who are constantly calling him:

This is what we are going to offer you. If you want to know what’s going on and what’s really happening, then you’re allowed to come down, and you can volunteer for one week. You go out and do a post. I am going to put you out on search and rescue.

The only way you are going to get the opportunity to even talk to me, is if you come down and you do one week’s volunteer service. You’re going to be in the heat with us…

So if you want to try and find a way to discredit us, the gate is wide open.

Arthur states that the questions he wants to ask the police are:

Do you have video evidence that a cadaver dog searched the area? Do you have credentials on the dog showing it has received proper training? They want to know why the property was bulldozed. Are they or are they not securing the property?

After waiting several minutes, Lieutenant Brian Parker received the task of talking to Arthur and his group.

The entire conversation was recorded and live-streamed on their Facebook Page. Here is a YouTube copy you can also watch:

It is obvious from the interview that both parties know each other well. The Lieutenant makes it clear he does not want a vigilante group operating, and that any crime found is to be reported promptly. Arthur replies by reminding the Lieutenant that this has always been the way they operate.

The main point of contention seems to be surrounding the “evidence.” The police acknowledge that they received the evidence VOP turned over to them, but that they are still examining it and no report has been issued yet.

This is obviously in contradiction of the local media reports that state the police looked at the evidence and already determined the scene was not a child sex crime scene.

Arthur challenges their claim that this is a homeless camp and explains that his group is the best authority on homeless camps, since that is their job: they go out and find homeless people and get them off the streets.

Who knows homeless camps better than me? We go out, and we’ve found thousands. When the city is trying to track them down, who do they send out? They send out VOP.

So you have the foremost authority on homeless camps in our city giving a report to the police that this is not a homeless camp.

Lieutenant Parker then makes this statement which is perhaps quite revealing:

The Mission Goes On: Request for Horses and Dirt Bikes to Cover More Ground

After today’s discovery of a decaying child’s body, VOP has made it clear that their search and rescue efforts will go on. They are calling on people to join them to help, including those who have horses and dirt bikes to cover more ground.

They might be racing against time. As they live-stream their efforts to let the world know what is going on, before anyone potentially has a chance to come in and shut them down and potentially bury all the evidence, they are also giving notice to any potential enemies in the area involved in pedophile sex trafficking, which may or may not include local authorities as well.

Now that photos and videos of the child sex camp are available online, Arthur calls on hackers to infiltrate child sex trafficking sites to try and find images of victims who have been in this camp.

A Word to Naysayers

Besides local police who are claiming this is not a child sex camp, and the corporate “mainstream” media, which in general only publishes their “official” version of the story, there are plenty of people on social media also expressing doubt and that this is simply a media show over nothing.

Some of this doubt is understandable among those who have no real knowledge of the depth of the problem of child sex trafficking in the U.S. Arthur has stated, and other sources confirm, that unaccompanied minors coming across the border are, by far, the single most valuable commodity coming across the border, as children fetch a higher price than illegal drugs and illegal firearms combined.

First of all, child sex trafficking through cartels coming up out of Mexico is not a fact that is in dispute.

Sen. Rob Portman (R-Ohio) published a six-month investigation in 2016 looking at 125,000 unaccompanied minors who have crossed the U.S. borders into the United States since 2011, reportedly fleeing violence and unrest in Guatemala, Honduras and El Salvador.

This U.S. Senate report concluded that the Office of Refugee Resettlement, an agency of the Department of Health and Human Services (HHS), has failed to protect these children from human trafficking, leaving them vulnerable to abuses at the hands of government-approved caretakers.

U.S. law requires HHS to ensure that unaccompanied alien children (UAC) are protected from human trafficking and other forms of abuse.

However, this is not happening.

The fact that the United States is a popular destination for child trafficking has been well documented:

The causes of the surge of UACs are disputed, but all stakeholders, including HHS, agree that one reason UACs come to this country is that they are ‘brought into the United States by human trafficking rings.’

According to the State Department’s 2015 Trafficking in Persons Report, ‘[t]he United States is a source, transit, and destination country for men, women, transgender individuals, and children—both U.S. citizens and foreign nationals—subjected to sex trafficking and forced labor.’

Human trafficking involves transporting or harboring human beings, often for financial gain, through the use of fraud, force, or coercion. (Report)

If this fact is confirmed by the U.S. government, why is it hard to believe that this happening near a city in close proximity to the Mexican border?

The problem is so huge that it is actually harder to believe that it is NOT happening anywhere near the border.

A simple search on the Internet will find many of these victims who have suffered in sex trafficking and who have managed to speak out about the horrors of this lucrative sex trafficking coming across the border. Here is one report the Al Jazeera news organization has investigated and reported. There are many more.