Last year, investors were drooling over the prospect of all-out war with North Korea, but Tuesday’s summit has them worried 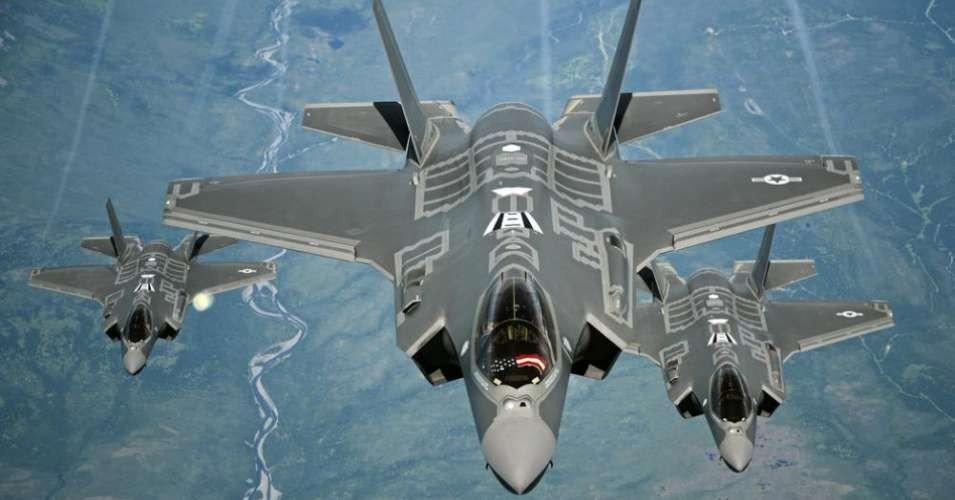 As financial analyst Brad McMillan noted in an interview with USA Today, falling defense stocks represent investors’ fears that the chances for a hot war between the U.S. and North Korea could be slipping away. (Photo: U.S. Air Force/Madelyn Brown)

American defense contractors were practically drooling over the prospect of all-out war with North Korea as President Donald Trump was recklessly flinging “fire and fury” last year, but Tuesday’s summit between Trump and North Korean leader Kim Jong-un appears to have dampened war profiteers’ dreams of yet another catastrophic U.S.-led military conflict—at least for now.

“If weapons are used they need to be replaced. That makes war a growth story for these stocks. What the agreement does, at least for a while, is take military conflict off the table.”
—Brad McMillan, financial analyst

Demonstrating that even the slightest whiff of peace is enough to scare investors in America’s most profitable military contractors, USA Today reported on Tuesday that shares of Raytheon, Lockheed Martin, Northrop Grumman, Boeing, and General Dynamics all “took a dive” as Trump and Kim signed a vague, non-binding agreement that is merely the first step toward a lasting diplomatic solution.

“Peace is bad for business,” noted writer Ajit Singh in response to the new report.

According to USA Today:

By contrast, the Dow Jones industrial average edged up 20 points.

As financial analyst Brad McMillan noted in an interview with USA Today, falling defense stocks represent investors’ fears that the chance for a hot war between the U.S. and North Korea—which he describes as “one of the big potential growth stories recently”—could be slipping away.

“If weapons are used they need to be replaced. That makes war a growth story for these stocks,” McMillan added. “What the agreement [between Trump and Kim] does, at least for a while, is take military conflict off the table.”

Let’s take a moment to think about the real victims of the North Korea peace talks…[checks notes] defense stocks pic.twitter.com/61OB9rf9a7

But before you start feeling bad for America’s war profiteers—and before you give Trump credit for dragging their stocks down—just remember that Democrats and Republicans in Congress just granted the U.S. president’s wish for a $717 billionPentagon budget, much of which goes straight into the pockets of companies like Boeing, Raytheon, and Lockheed Martin.