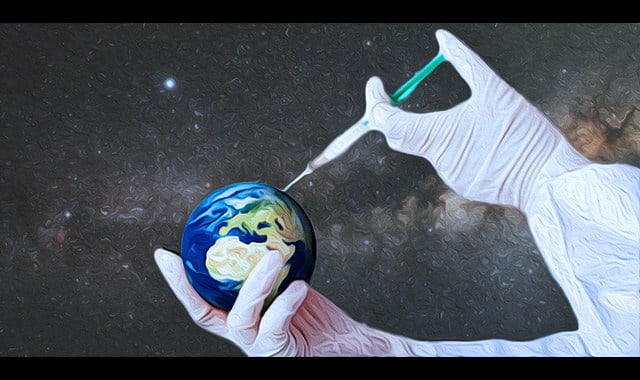 The climate system is complex (Dilling & Hauser, 2013). Both geoengineering and the Kyoto protocol presume that climate change dynamics are uncomplicated when in reality they are complex. Both geoengineering and the Kyoto protocol presume that “climate change is a ‘problem’ to be ‘fixed’ rather than a condition to be managed.” Such an assumption contributes to an accentuation on “silver bullet” simple solutions contrasted to management strategies embedding social, economic and technological responses. As presently conceived, geoengineering is a solution to a specific challenge thus separating climate change from other domains. In reality, however, geoengineering is projected to fundamentally affect a number of additional systems (i.e., ecosystems; biodiversity; agriculture; natural elemental cycles; social; economic; technological; demographic, etc.). The changes on such systems are expected to be significant and possibly highly damaging. Altering monsoon rain patterns in Asia, for instance, could contribute to famine and mass migration, which could result in substantial social and political instability (Allenby, 2012).

SRM methods are designed to reduce the amount of solar irradiance reaching earth via the increase of the albedo or reflectivity of the lower, mid and upper atmosphere or of the ocean or land surfaces (Williamson & Turley, 2012). In other words, radiation management is the process of preventing sunlight from reaching Earth (Morton, 2007). SRM is projected to affect precipitation and the hydraulic cycle among other climatic variables (Dilling & Hauser, 2013). SRM-induced cooling of the planet would contribute to reduced precipitation and evaporation rates. Some regions will be rendered more protected than others, “creating local winners and losers.” “SRM could alter the global climate within months” (Keith et al., 2010).

A great number of uncertainties relative to solar geoengineering exist and need to be addressed when evaluating the risks and benefits of geoengineering. Its implementation is “unlikely to be so simple” (Kravitz et al., 2014). SRM would not allow for the “return to the exact conditions of…pre-industrial climate.” A drastic discontinuation of SRM would contribute to a rapid increase in temperatures resulting from elevated CO2 levels. A “lock-in” of SRM techniques may result, preventing alternative weathering options from being considered. SRM methods concern “only symptoms rather than causes,” fail to address ocean acidification and allow CO2 to remain in the atmosphere. Examples of SRM include the injection of sulfate particles in the stratosphere, increasing the albedo of marine surfaces and inserting reflective mirrors in space (Preston, 2013).

In other words, two of the risks associated with aerosol geoengineering include the possibility of “failure to sustain the aerosol forcing” as well as the adverse effects associated with aerosol geoengineering forcing. The lifetime of stratospheric aerosols is a couple of years (Goes et al., 2011). Such method is projected to contribute to a global decrease in precipitation, to regionally unequally distributed effects (Ferraro et al., 2014b) or uneven counteracting of climate change, ocean acidification, resulting from the “still-high” atmospheric CO2 levels, risk of droughts and alteration of ecosystem processes (Victor, 2008). Injecting aerosol particles in the stratosphere compromises the ozone layer which could potentially lead to damages to plants, phytoplankton, skin and eyes. The generating capacity of solar power would be impacted by stratospheric geoengineering with sulfate aerosols. Stratospheric geoengineering with sulfate particles is predicted to cause whitening of the sky (Kravitz et al., 2012). There are other possible side effects which may not be known at present, yet “will appear once analysts start looking for them more aggressively” (Victor, 2008).

It would cost the United States (U.S.) military several billion dollars per year to conduct the procedure utilizing existing equipment such as fighter and tanker airplanes. The cost would be much higher if balloons or artillery are used instead. “The military has already manufactured more planes than would be required for this geoengineering scenario”. The cost of each plane ranges between $29.9 million and $88.4 million per plane with annual maintenance of either $3.7 million or $4.6 million depending on the airplane and a total of approximately $25 million in operational cost per plane per year (Robock et al., 2009).

Cloud albedo, cloud brightening (Baughman et al., 2012) or marine cloud brightening (MCB) is a SRM method designed to counteract anthropogenic global warming via engineering the planet’s climate. As a result of an increase in GHGs, anthropogenic aerosol particles intensify the albedo of clouds or “the fraction of solar radiation reflected back to space,” counteracting 20-40% of radiative forcing. MCB is designed to enhance low-level marine stratocumulus clouds albedo via the injection of sea water aerosols in them (Wood & Ackerman, 2013). Cloud brightening is considered to be a financially and technologically advantageous geoengineering method compared to other techniques including stratospheric sulfur injection. However, only a couple of modeling simulations have been developed to test its effects to date. Its effects are largely unknown and potentially detrimental.

Geoengineering via cloud brightening is projected to have adverse impact on the entire climate system. Such effects include changes in deep water, ocean currents and seasonal ice. It is demonstrated that the cooling effect derived from cloud modification would not be sufficient to counteract the climate effects from increasing greenhouse gas emissions, especially in the long-run. Increased Arctic and global warming are projected to continue increasing despite the application of cloud modification techniques (Baughman et al., 2012).

The topic of geoengineering has gained increased popularity in the government and media in the past few years (Dilling & Hauser, 2013). The growing interest in geoengineering is projected to create the need for regulations (Victor, 2008).

Climate modification is of interest to “global powers and those invested in the political stability of particular regions” (Preston, 2013). Geoengineering is of interest due to its low cost and the ability of one or a few countries to geoengineer the global climate without cooperation from other nations. Countries can easily “avoid international commitments” and deploy geoengineering unilaterally (Victor, 2008).

Despite the fact that weather modification for military purposes has been banned by the Environmental Modification Convention, climate engineering technique may still be in use “either for hostile purposes” or as a national attempt to lessen the impact of rising temperatures on the population. As an alternative, a wealthy individual may implement geoengineering for the “greater good.” Provided geoengineering is privately owned, its benefits could be skewed towards individuals able to pay rather towards the populations that are in most need of them.

Geoengineering the planet is projected to cost $100 billion as opposed to $1 trillion for mitigation. The more climate change is exacerbated, the more side effects resulting from geoengineering would be tolerated, the more the need for interventions due to the complexity of the climate system and the greater the cost. In practice, thereafter, “the geoengineering cocktails that are likely to be deployed will not be cheap.” The most innovative minds and organizations tend not to “put complex technologies” that they create “on the shelf.” “The way societies usually get something on the shelf, politically and organizationally, is to use it” (Victor, 2008).

The U.S. human subject institutional review board (IRB) requires that conducting research, such as geoengineering research, does not cause significant harm on human populations (Dilling & Hauser, 2013). International governance does not apply to geoengineering experiments as long as it can be demonstrated that “the experiments do not have lasting impacts on regional or global climate and weather” (Wood & Ackerman, 2013).

Geoengineering research is impossible to distinguish from actual geoengineering implementation “which no-one is suggesting should be done at this time” (Dilling & Hauser, 2013). SRM-induced environmental risks cannot be estimated without field testing specific techniques that may be employed (Keith et al., 2010). The scientific method requires a control condition which is not feasible to establish when studying cloud processes as climatic conditions are beyond scientists’ control” (Wood & Ackerman, 2013).

A number of scientists believe that the development of capability to conduct research on SRM will decrease the political will to reduce the emissions of GHGs. Few programs for geoengineering have already been initiated (Keith et al., 2010). U.S. national research programs are already conducting geoengineering research. Geoengineering research undertaken in the private sector “is often proprietary, results are often not fully disclosed to the public, and research is not published in the open peer-reviewed literature” (Dilling & Hauser, 2013).

Informed consent is not required for MCB experiments as they are conducted over marine areas, not in proximity to human populations. The application of the precautionary principle is believed to be ethically appropriate as “it demands that the action be consistent with an understanding of the risks involved.” Yet, it is not feasible to delineate the significance or risks of consequences of MCB which may be unknown and unintended. The authors “are not advocates of the implementation of MCB” (Wood & Ackerman, 2013).

Geongineering is already taking place. “Humans are already in the era of geoengineering” (Allenby, 2012). According to Mark Lynas who has been recognized for his contributions in the field of climate change, “We’ve…changed the colour of the sky with the aerosol loading down in the atmosphere” (Harris, 2012). Geoengineering is “ridden with flaws and unknown side effects” (Victor, 2008). “The cold reality” is that geoengineering strategies “will not ‘solve’ the climate ‘problem;’ rather they will redesign major Earth systems…powerfully and unpredictably” (Allenby, 2012).

“The primordial seas are the music of life’s jewels.”

Further, similar to the water and aquaculture sectors which are owned by limited private companies, climate is now also being privatized by few industries or individuals. Whoever implements geoengineering can easily decide to stop its implementation which would lead to global warming twenty times the rate as it is today. In other words, whoever controls the climate holds perceived power over all Earth. The military sector is also implementing geoengineering which is a different example of governmental power gained through the creation of a problem as is in this particular case, from deliberate climate alterations.

Lastly, the “Paradoxical Formation” chapter indicated that the solar ultraviolet radiation “is the most significant germicide in the environment.” Solar radiation management techniques block the sun from reaching Earth which leaves water systems in particular increasingly vulnerable to micro-organism growth state. One can only imagine the profit that pharmaceutical and health care industries would generate following the spread of disease from contaminated with micro-organisms water systems.

Victor, D. G. (2008). On the regulation of geoengineering. Oxford Review of Economic Policy,