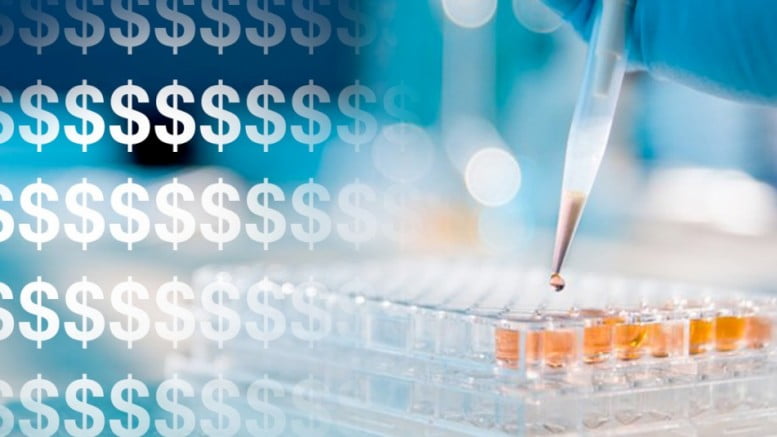 The key factor is: be a drug company.

In this case, Celgene. Their drugs are Thalomid and Revlimid. They are approved for multiple myeloma, one type of cancer.

Here’s the thing. Doctors can decide to prescribe drugs for uses which are not approved by the FDA, but the manufacturers can’t promote those “off-label” uses to doctors. That’s illegal.

A long-running suit against Celgene, launched by Beverly Brown, who used to be the company’s sales manager, contends that:

And the company omitted vital warnings about the drugs’ uses from the drugs’ labels.

Back in 2014, the judge in the case, George King, slammed Celgene for trying to convince him to dismiss the case. King pointed out that the plaintiff, Beverly Brown, appeared to have direct knowledge of the scam, because company higher-ups laid out the details to her.

Finally, now, the lawsuit has been settled. Celgene will pay out $280 million.

But wait. Revlimid, one of the two Celgene drugs named in the suit, garnered a whopping $5 billion in sales, in 2015. FiercePharma, a website dedicated to industry news, predicts the drug will rake in $15 billion in 2022.

On top of all this, Celgene admits no wrongdoing in the lawsuit settlement.

Nice work if you can get it, and Celgene can.

There is an easy formula at work, if you’re a drug company.

Misrepresent the uses of a drug.

Promote it to the sky, to doctors, for purposes for which it wasn’t approved.

Get sued, go to court, force the case to drag on for years.

And finally settle up for chump change, admit nothing, promise nothing, and walk away, free as a bird.

That’s a workable plan, UP FRONT.

Before the drug is ever approved.

“Let’s see. We’ve got a drug for cancer. Hey, it’s highly toxic and it causes cancer in some people and, at best, it doesn’t really prolong survival in the patient for more than a few months of extreme suffering and pain—but we aren’t even talking about that. We’ve got a cancer drug, and we can get it approved for treating one type of cancer. Once that happens, we can promote it like hell to doctors for treating other cancers. That’s illegal, but who cares? Even if the federal government gets involved in the case, the most we can expect is a fine. Nobody will go to jail. So, BY SUCCESSFULLY PROMOTING THE DRUG FOR ILLEGAL USES, A VERY NECESSARY STEP, our profit picture will look great. Eventually, we’ll get sued. So what? We’ll pay a small fine, the drug will still be on the market, and life will be good. For us.”

A drug company isn’t scrambling after the fact of getting sued, trying to figure out how to proceed. That would be fake news.

No, the company has the whole scenario figured out from the beginning.

“Dear Drug, when you were just a gleam in your parents’ eye, we knew your birth would be a wonderful event. And dear child, you’ve made us proud. With a push from us, you’ve exceeded all our expectations. You’ve grown up to be a winner. Here’s to you.”

By the way, if you want a good example of crony capitalism, as opposed to actual capitalism (in which buyer and seller voluntarily engage in commerce, the product does not cause harm, the people involved are honorable, the exchange of value for value isn’t regulated), you’ve just found one:

A medical drug’s manufacturer, and the federal government, and even the prescribing doctors, all know a drug is useless for off-label purposes, and also creates harm. But all the parties (cronies) feign ignorance, while protecting each other, and no law-enforcement agency charges any participant with a crime. All parties involved pretend, when the suit is filed and the settlement is reached, that justice has been done. One hand washes the other.

And, at the same time, if a researcher or doctor or layperson happens to come up with a non-toxic method of treating the disease for which the drug in question is the preferred option, and if that innovative natural method does no harm, and if responsible adults want to try the method…

The house comes down on the researcher’s head. The full force of “experts” and government enforcement agencies and mainstream doctors and the MSM press comes into play.

The “experts” and cronies, of course, trumpet concern for people’s health and lay claim to righteousness and ethics and science.

Sure. They’re messiahs, taking us into the medical promised-land.

Or, to put it slightly differently:

They’re scum of the Earth.

The author of three explosive collections, THE MATRIX REVEALED, EXIT FROM THE MATRIX, and POWER OUTSIDE THE MATRIX, Jon was a candidate for a US Congressional seat in the 29th District of California. He maintains a consulting practice for private clients, the purpose of which is the expansion of personal creative power. Nominated for a Pulitzer Prize, he has worked as an investigative reporter for 30 years, writing articles on politics, medicine, and health for CBS Healthwatch, LA Weekly, Spin Magazine, Stern, and other newspapers and magazines in the US and Europe. Jon has delivered lectures and seminars on global politics, health, logic, and creative power to audiences around the world. You can sign up for his free NoMoreFakeNews emails here or his freeOutsideTheRealityMachine emails here.