Prepare For Change
Home Ascension How Can We Become Better Humans? 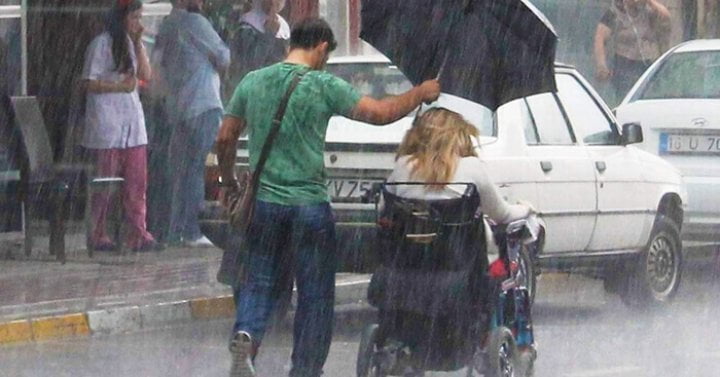 One beautiful summer day in the ocean off Panama City Beach, two boys out for a swim got caught in a rip current. When their mother heard their cries, she and several other family members dove into the ocean, only to be trapped in the current, too. Then, in a powerful display of character, complete strangers on the beach took action. Forming a human chain of 70 to 80 bodies, they stretched out into the ocean and rescued everyone.

Stories like this inspire me with hope about what human beings are capable of doing. Though we may face a daily barrage of depressing reports about sexual harassment, corruption, and child abuse, stories of human goodness help to give us another perspective on our human character.

But, as we know too well, there is also a darker side to our character. Take, for example, the story of Walter Vance, 61, who was shopping in his local Target for Christmas decorations. It was Black Friday and the store was mobbed when Vance fell to the floor in cardiac arrest and lay motionless. The other shoppers did nothing. In fact, some people even stepped over his body to continue their bargain hunting. Eventually, a few nurses used CPR, but by then he was too far gone.

Why do strangers help in one situation and simply ignore someone in need in another? This is one of the questions at the heart of my new book, The Character Gap: How Good Are We? In the book, I outline the psychological research on moral behavior to show why sometimes we act morally and sometimes we don’t, based on who we are and what’s happening around us. Using insights gleaned from this science, I recommend steps we can take to strengthen our moral character.

The Good and the Bad of Our Character

While it may shock you to hear about Vance’s story, none of this is surprising in light of certain psychological research. For decades now, psychologists have found that if there is an emergency but no one else is doing anything to help, then we are very unlikely to help ourselves. In their famous ‘lady in distress’ study, for instance, Columbia psychologists Bibb Latané and Judith Rodin report that when participants heard cries of pain from a woman who had fallen in the next room, only 7 percent did anything to help if they were with a stranger who was not helping.This is just one illustration of the darker side of our character, but there are others. Studies have found that we are quite willing to cheat for monetary gain when we can get away with it. We also tend to lie to about 30 percent of the people we see in a given day. And most disturbing of all, with encouragement from an authority figure, a majority of people are willing to give increasingly severe electric shocks to a test-taker—even up to a lethal jolt.Yet there is also much more encouraging news about character. For instance, Daniel Batson has done more than thirty years of fascinating research on how empathy can have a profound impact on our desire to help others in need. In one study, after Batson got students to empathize with a complete stranger experiencing a terrible tragedy, the number of students willing to help her dramatically rose to 76 percent, compared to 37 percent in a control group.Other researchers found that cheating on a test dropped when participants first sat in front of a mirror and looked at themselves before the opportunity to cheat arose. And in the ‘lady in distress’ study, for participants who were alone in the next room when they heard the cries of pain, 70 percent did something to help. Finally, in different versions of the shock experiments, when the authority figure was completely hands-off and the participant chose the shock level to administer for each wrong answer, the maximum was much lower—only an average of 5.5 out of 30 levels.

Why do strangers help in one situation and simply ignore someone in need in another?

How to Close the Character Gap

What are we to make of findings in these and hundreds of other studies of moral behavior?While it’s important to talk about being virtuous—wise, compassionate, and honest—and avoid being immoral—cruel, cowardly, and deceitful—most of us aren’t completely one way or the other. There are exceptions, but the majority of us are somewhere in the middle, sometimes virtuous, sometimes less so.

Fortunately, there are promising strategies that aim to reduce what I call the ‘character gap,’ or the space between how we should be (virtuous people) and how we actually tend to be (a mixed bag). Here are a few from my new book.

Positive moral role models can be a source of admiration. But admiration is not enough: I admire what the U.S. curling team did in the 2018 Olympics, yet my life has changed little as a result. Rather, we need our moral heroes to move us and inspire us to emulate them.

Moral role models can be real or fictional people. They can be from the distant past or the present, well-known figures in society or someone who cleans our office building, distant strangers or close friends and family members. The more attached to them we are personally, the more profoundly they are likely to impact our character. For many years, research has demonstrated the impact of role models on moral behavior.

The customers who ignored Walter Vance or the participants asked to shock others in an experiment lost sight of what was important in life. Moral reminders can shift our attention toward what matters.

Find someone (anyone) you feel inspired to emulate

Recent studies on cheating support the role of moral reminders. In one popular setup, participants take a 20-problem test with a $0.50 incentive per correct answer. The control group has someone in charge check the answers at the end. The experimental group lets the participants themselves grade their own answers, shred all their materials, and then report their number of ‘correct’ answers. Inevitably, the average performance is higher in this group, with some studies finding as many as double the number of problems ‘solved.’Yet when a new group of participants has this same opportunity to cheat, but is first given a moral reminder—such as being asked to recall the Ten Commandments or sign their university’s honor code—the cheating disappears.

Moral reminders can get us back on track, and the more we use them, the more habitual or second nature they can become.

Learning more about the feelings, emotions, and desires that could be obstacles to virtue can also help reduce the character gap. Once we gain this deeper self-awareness, we can work on trying to curb and correct their influence.

For instance, the fear of embarrassment or of getting involved in someone else’s situation likely kept people from doing anything to help Walter Vance. Indeed, that fear may in part explain why, in general, helping is so much lower when people are in a group of unresponsive strangers.

University of Montana psychologist Arthur Beaman and his colleagues wanted to see how learning about our own psychology might reduce the group effect. When students in the study came across a (staged) emergency in the presence of an unresponsive stranger, only 25 percent helped. But for students who had attended a lecture on the psychology of groups and helping two weeks earlier, 42.5 percent helped.

In sum, the character gap is real and, in many of us, large. Fortunately, though, it is not insurmountable. These strategies and others can help us strengthen our moral character and rise to the occasion when moral action is required. In the world today, we all need to do our part to make sure we are not stepping over someone who is suffering, and instead lend a hand.

By Christian B. Miller

This essay is adapted from The Character Gap: How Good Are We? (Oxford University Press, 2017, 296 pages).Source: https://upliftconnect.com/how-can-we-become-better-humans/