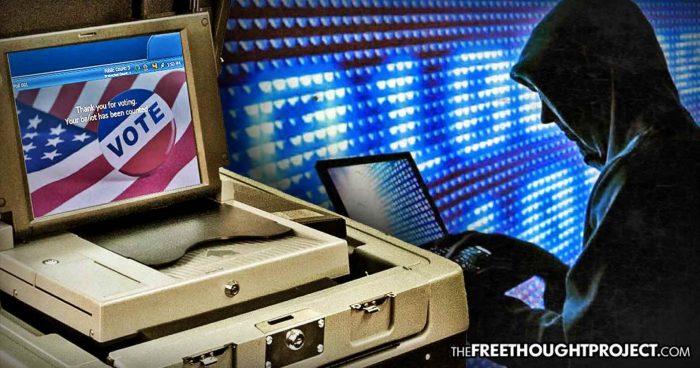 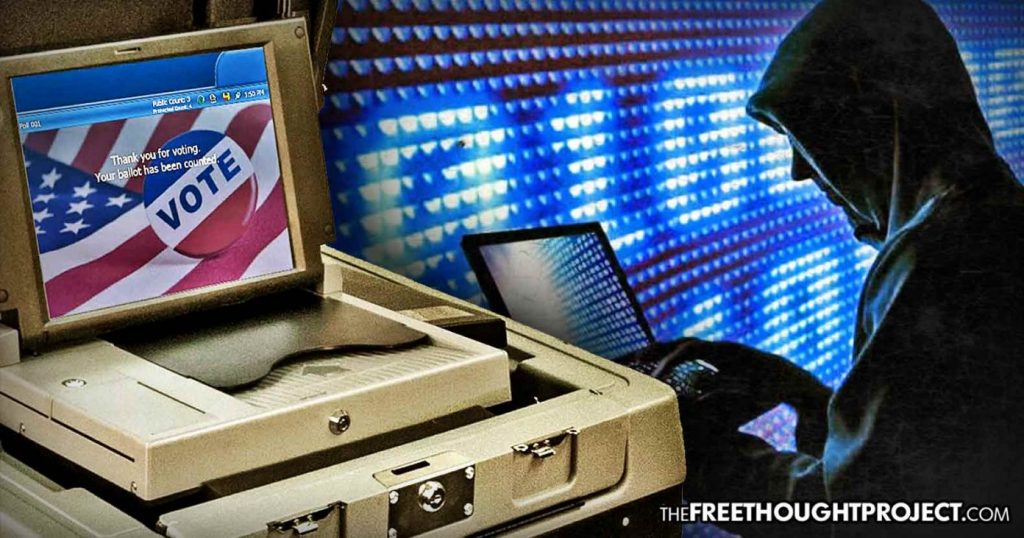 A bombshell revelation on the security of voting in the United States has just surfaced in the form of a letter from the country’s largest voting machine manufacturer. The company, Election Systems and Software (ES&S) admitted that despite denying previous allegations of its voting systems coming installed with remote-access software, their systems did, indeed, allow for remote connections.

In a letter to Sen. Ron Wyden (D-OR), written in April, but only released this week, the company acknowledged that it had installed software that made the systems remotely accessible from anywhere.

“Prior to the inception of the [Election Assistance Commission] testing and certification program and the subsequent requirement for hardening and at customer’s request, ES&S provided pcAnywhere remote connection software on the [Election-Management System] workstation to a small number of customers between 2000 and 2006,” wrote Tom Burt, ES&S president.

According to Vice reporter, Kim Zetter, “The statement contradicts what the company told me and fact checkers for a story I wrote for the New York Times in February. At that time, a spokesperson said ES&S had never installed pcAnywhere on any election system it sold.”

None of the employees, … including long-tenured employees, has any knowledge that our voting systems have ever been sold with remote-access software,” the spokesperson said in February. However, this proved to be untrue.

Wyden described the decision to install remote-access software as “the worst decision for security short of leaving ballot boxes on a Moscow street corner.

For those who may be unfamiliar, pcAnywhere was a remote-access software by Symantec which allowed people to remotely access other computers from anywhere in the world. In 2012, Symantec issued a press release telling all users to disable and uninstall the software after admitting that it had been hacked years prior in 2006 — at the same time ES&S was selling voting systems with pcAnywhere pre-installed on them.

According to ES&S, the remote-access software was so that the company could provide “technical support purposes on county workstations, but this software was not designed to and did not come in contact with any voting machines.”

ES&S refused to elaborate on how many of the systems had the software. However, they claimed that they stopped using it after it was explicitly prohibited in 2007 by the Election Assistance Commission. Whether or not this is true remains a mystery as the company has already proven that it will lie.

According to Newsweek, ES&S has had several blunders in the past, including exposing the personal information of more than 1.8 million Illinois residents in 2017 and in 2011, when machines were “flipping” votes, meaning a voter would select one candidate but a different one would be selected by the machine, which ES&S blamed on a “calibration error.”

Voting in the United States, as TFTP has consistently reported, is rife with corruption and fraud. As the 2016 election illustrated, democracy is a sham and those who count the votes, or at least claim to count the votes,decide the outcome.

ES&S is not alone in their controversy either. In 2006, the documentary Hacking Democracy exposed Diebold and their role in rigging elections with their electronic voting machines.

Curtis is notable chiefly for making a series of whistleblower allegations about his former employer and about Republican Congressman Tom Feeney, including an allegation that in 2000, Feeney and Yang Enterprises requested Curtis’s assistance in a scheme to steal votes by inserting fraudulent code into touchscreen voting systems.

Curtis is seen in the video below testifying under oath in front of the U.S. House Judiciary Members in Ohio.

He tells the members how he was hired by Congressman Tom Feeney in 2000 to build a prototype software package that would secretly rig an election to sway the result 51 / 49 to a specified side.

After watching the video, you’ll know why true change is hard to come by.