Prepare For Change
Home ARCONTES #QAnon: “You are witnessing a FULL PANIC ATTACK by the FAKE NEWS... 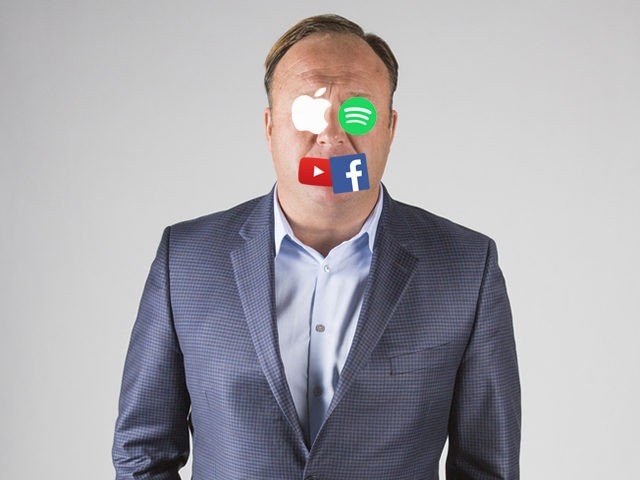 We thank alternative media warrior Kauilapele’s for his contributions with the two articles within this post and yes, Alex Jones is Terrible, But the War on Infowars is a War on Us All! 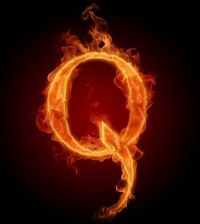 I would not say every single thing placed on msm outlets is “false”, but remember they are all controlled by 6 major parent corporations (article 1, article 2, image). So once an “agenda” is decided on (e.g., “destroy Trump”, “eliminate alternative media”, they will pump out article after article after article and program after program after program on all their outlets to try to push those points across. Currently, they are doing a lot of that, and I’m sure many are using a lot of adult diapers, because it sure looks they are losing “it” (their control over us and our minds, that is).

We are not falling for their “pushings”.

And one point, for those who may be consistently “anti-Q” or “Q is a LARP” or “Q is illuminati”, do statements as “This movement challenges people to not simply trust what is being reported.Research for yourself. Think for yourself. Trust yourself,” line up with that? Also remember this show is likely not for everyone. In my view, I’m just going to “Enjoy the show”, whether anyone else does or not!

As with all of these Q postings, feel free to continue to “Use that Higher Discernment, baby!” (namely, see what resonates).

“Scandalous Media Bias? Conspiracy? Collaboration? What are they hiding? FAKE NEWS MEDIA IS NOT FREE AND INDEPENDENT. FAKE NEWS MEDIA = PROPAGANDA ARM OF THE DEMOCRATIC PARTY.

“They want you DIVIDED… by RACE… by RELIGION… by CULTURE… by CLASS… by POLITICAL AFFILIATION… YOU, THE PEOPLE, HAVE THE POWER.

“You are witnessing a FULL PANIC ATTACK by the FAKE NEWS MEDIA & COVERT ALT MEDIA AFFILIATES (foreign gov’t). They cannot contain or defeat what they do not understand.”

1. a secret plan by a group to do something unlawful or harmful.
“a conspiracy to destroy the government”
2. the action of plotting or conspiring.
“they were cleared of conspiracy to pervert the course of justice”
[Fake News]
Fake News collaborating and pushing knowingly false information?
Fake News ‘KNOWINGLY FALSE’ narrative pushes.
1. POTUS colluded w/ Russia to win the 2016 Presidential election
2. POTUS is puppet to PUTIN
3. POTUS to irreparably harm relationships w/ our allies
4. POTUS will collapse U.S. economy
5. POTUS will collapse stock market
6. POTUS will cause war w/ NK
7. POTUS will cause war w/ IRAN
8. POTUS will destroy the world.
9. On and on……..(knowingly false)
FEAR & SCARE PUSH.
They would rather see NK peace negotiations fail (WAR!) than see POTUS resolve.
Scandalous Media Bias?
Conspiracy?
Collaboration?
What are they hiding?
FAKE NEWS MEDIA IS NOT FREE AND INDEPENDENT.
FAKE NEWS MEDIA = PROPAGANDA ARM OF THE DEMOCRATIC PARTY.
Think WL list of journalists who colluded w/ HRC/DNC (2016 Pres election).
They want you DIVIDED.
DIVIDED by RACE.
DIVIDED by RELIGION.
DIVIDED by CULTURE.
DIVIDED by CLASS.
DIVIDED by POLITICAL AFFILIATION.
DIVIDED YOU ARE WEAK.
TOGETHER YOU ARE STRONG.
YOU, THE PEOPLE, HAVE THE POWER.
This movement challenges their ‘forced’ narrative.
This movement challenges people to not simply trust what is being reported.
Research for yourself.
Think for yourself.
Trust yourself.
This movement is not about one person or a group of people.
WE, THE PEOPLE.
You are witnessing a FULL PANIC ATTACK by the FAKE NEWS MEDIA & COVERT ALT MEDIA AFFILIATES (foreign gov’t).
They cannot contain or defeat what they do not understand.
Is any of this normal?
Think sealed indictments count.
Think resignations of CEOs.
Think resignations of Senators.
Think resignations of Congress.
Think termination of sr FBI…
Think termination of sr DOJ…
WATERGATE X1000
Attacks will only intensify.
Logical thinking.
Ask yourself a simple question – WHY????
Q

Many have likely heard this news by now. I’ve been “out on other planets” today, but even so, I’ve seen several pieces about this.

Below are a few articles that talk about this, with just my own highlights added. I’ve loved many Infowars videos and articles, and although I’m not always a fan of listening to LOTS of Alex and all of his rants, but for sure he has done a great wake up and information service for all of humanity.

My view is, this is a part of the #TrumpEffect, #TrumpDerangementSymdrome, #FearofExposure, which are playing out full bore right now (and I would presume this has all been coordinated with the massive msm attack articles on #Q #QAnon (see this Kp blog post)). And very likely, as I’ve mentioned before, with the intense Light coming in now, all dark elements in this final act on planet Earth are being illuminate, calling out themselves and unveiling their dark intentions, and, one step at a time, digging their own holes. This will not work in keeping people quiet. This will definitely backfire big time against all these social media groups. BIG TIME…

New channels have already opened up. See the Infowars ones below:

And of course, “1984” refers to the Orwell book (link to movie). And no, I do NOT go along with any “doom and gloom” predictions any of these may contain. Like it or not, the Light is “Winning”. It always does.

The internet DARK AGES descends upon us: Facebook, Google, Spotify, Twitter all conspire to “outlaw” conservative speech with no due process(Mike Adams, Natural News)

“Today, tech giants Google / YouTube,… [et al.] all simultaneously blacklisted Alex Jones and InfoWars. This coordinated, illegal censorship is clear proof of an organized criminal racket being conducted by the tech giants. The RICO Act allows for federal prosecution of such criminal conspiracy.… What is hate speech? It’s anything uttered by a conservative.

“Paul Joseph Watson wrote at Infowars this morning: ‘Apple, Spotify, Facebook and YouTube all banned Infowars within 12 hours of each other, illustrating how last night’s purge was a coordinated effort and has nothing to do with these platforms enforcing “hate speech” rules.’”

“The tech giants just committed a massive strategic error by wholesale banning / memory holing InfoWars / Alex Jones into oblivion. Now, they’ve awakened a huge array of outspoken thinkers who, even if they don’t agree with Alex Jones, are now defending his right to speak.

“Right now, in real time, YouTube is reportedly banning videos that speak out against YouTube’s censorship of Alex Jones. Seriously. You’re banned from talking about other people being banned.


“REAL.video users have posted a large collection of video responses decrying the malicious, authoritarian ban by the tech giants. [go to the article to view]”

“Facebook announced in a blog post that the four main Infowars pages were “unpublished for repeated violations of Community Standards and accumulating too many strikes… Facebook did not specifically state which posts or videos violated their policies or in what way. The termination of the pages follows an intensive lobbying campaign by the likes of CNN and BuzzFeed to pressure Facebook into banning Infowars.”

“Whether you love or loathe Infowars, this now confirms that Big Tech is working with legacy media and lawmakers to silence independent media.”

[And please note that many of these have already been eliminated by Youtube, and will not be viewable on youtube].

Here is one video on Bitchute by Styxhexenhammer) that addresses this (this was removed, presumably by YouTube)