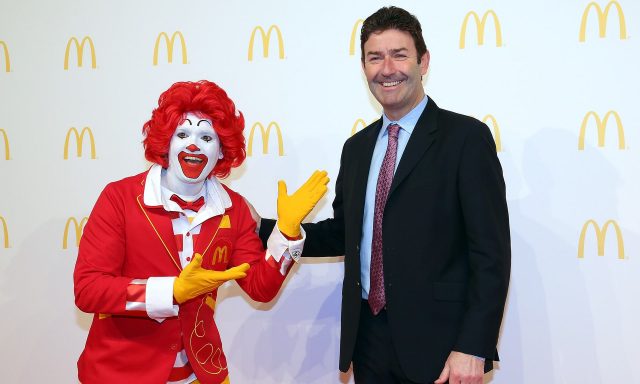 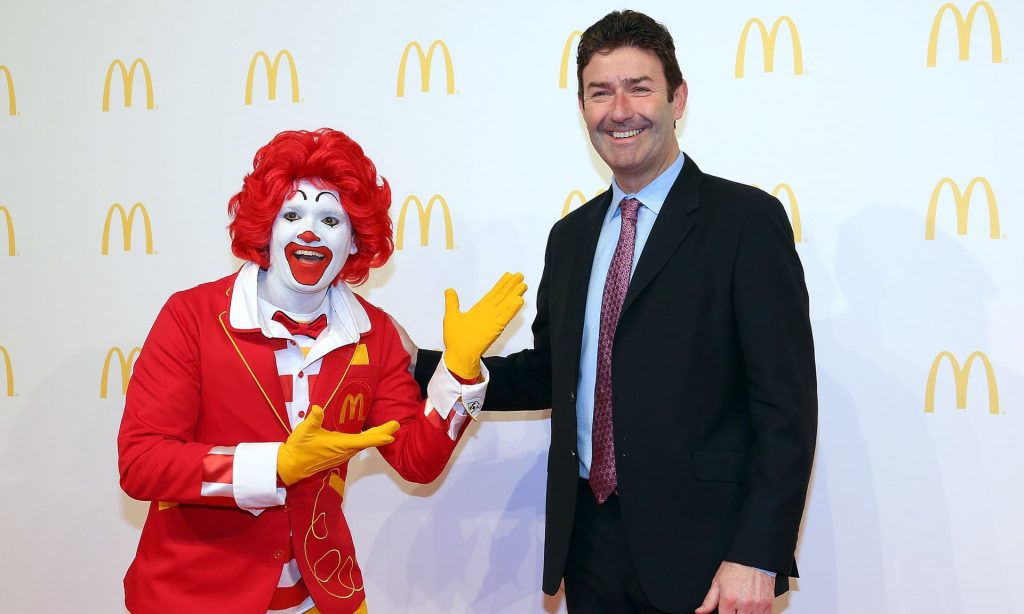 The chief executives of America’s top 350 companies earned 312 times more than their workers on average last year, according to a new report published Thursday by the Economic Policy Institute.

The rise came after the bosses of America’s largest companies got an average pay rise of 17.6% in 2017, taking home an average of $18.9m in compensation while their employees’ wages stalled, rising just 0.3% over the year. 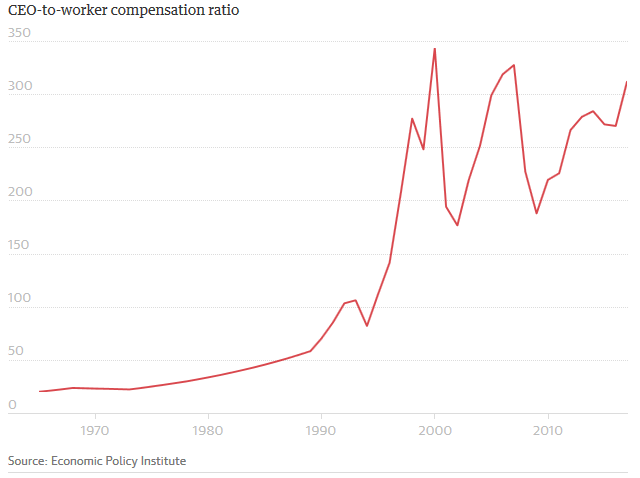 CEO pay dipped in the early 2000s and during the last recession, but has been rising rapidly since 2009. Chief executives are even leaving the 0.1% in the dust. The bosses of large firms now earn 5.5 times as much as the average earner in the top 0.1%.

The astronomical gap between the remuneration of workers and bosses has been brought into sharper focus by a new financial disclosure rule that forces companies to publish the ratio of CEO to worker pay.

But the average is skewed by outliers, particularly the tech companies, where the CEO founders may own large chunks of the company but not take home much in compensation, relatively speaking.

Amazon’s boss, Jeff Bezos, the world’s richest man, was paid close to $82,000 last year and his total compensation including security was about $1.7m in 2017 while the average Amazon worker earned $28,446 – a ratio of 59 to one for his entire package and just three to one counting salary only.

But neither man is waiting on his monthly paycheck. Bezos’s personal fortune now tops $154bn while Zuckerberg’s is close to $66bn, according to Forbes.

The gap between the compensation of CEOs and other very-high-wage earners is also substantial, with the CEOs in large firms earning 5.5 times as much as the average earner in the top 0.1 percent 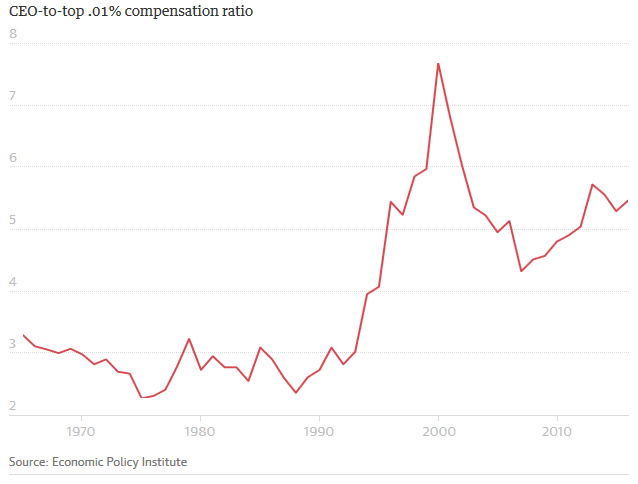 The compensation bonanza was driven by stock-related components of CEO compensation such as stock awards or the opportunity to cash in stock options, said Lawrence Mishel, a distinguished fellow at the Economic Policy Institute.

But the rise in their compensation can not be explained entirely by rising stock markets. CEO rewards have outstripped both stock prices and corporate profits, EPI found. Between 1978 and 2017 CEO compensation has increased by 979%. Over the same period the S&P 500 Index of the US’s largest companies grew 637%. The typical workers’ pay package rose just 11.2% over the same time frame.

“Over time I think there has been a loosening of norms.” said Mishel. “Everyone wants to believe their CEO is one of the best, so they look around and see what everyone else is being paid and then they pay them a lot more. They think everyone is better than average.”

The outsize pay packets have had a direct impact on people down the corporate ladder, Mishel claims. “The redistribution of wages to the top 5%, but particularly the top 1%, affected the wage growth of the bottom 90%.

“As a mathematical matter, had there not been the redistribution upward – to the top 5%, but which is mostly about to the top 1% – the wages of the bottom 90% could have grown twice as fast as it actually did.”

Exploring Ethics as a Foundation for Personal and Planetary Healing – Aug. 7, 2021 8am PDT, 3PM UTC

What is the Purpose of YOUR incarnation? Why exactly are YOU here?

What is the Purpose of YOUR incarnation? Why exactly are YOU...