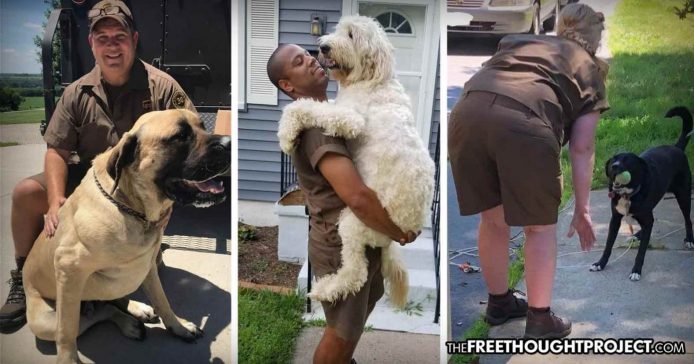 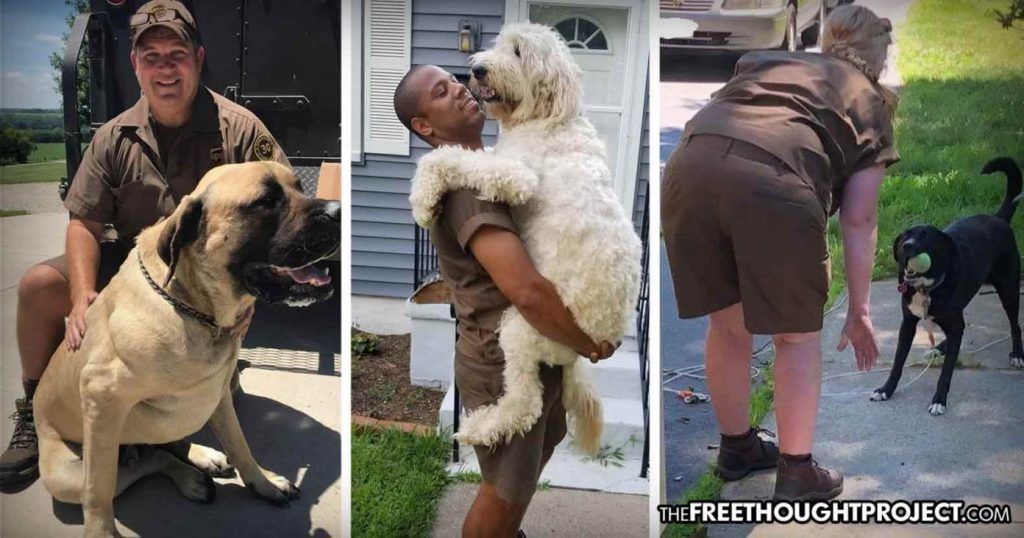 One of the unfortunate things that police in America have become notorious for in recent years, is the shooting and killing of innocent family dogs.

Sadly, “Police Kill Dog” is not an uncommon segment of headlines across the nation. It happens so often that it has its own category on The Free Thought Project’s website as well as many other media outlets.

According to an unofficial count done by an independent research group, Ozymandias Media, a dog is shot by law enforcement every 98 minutes.

This disturbing trend led to WGRZ-TV in Buffalo, filing a Freedom of Information Act request for use of force incidents within the Buffalo police department only. What they found was shocking.

According to use of force reports requested by WGRZ-TV under the Freedom of Information Law, Buffalo Police shot 92 dogs from Jan. 1, 2011 through Sept. 2014. Seventy-three of those dogs died. Nineteen survived.

However, pizza delivery drivers and postal workers don’t seem to have much of a problem interacting with dogs, and they are in the same situation that police are in, going to a stranger’s house with no clue what to expect. In fact, these delivery workers actually knock on more strange doors and encounter more dogs in just a week than many police officers do in their entire careers.

UPS workers accidentally made this point quite clear with a new Facebook page showing delivery drivers having fun with dogs.

The page features dozens of videos and pictures showing UPS drivers interacting with dogs in a positive way. They even have photos of UPS drivers being greeted by deer, or goats jumping into their vehicles. The page has nearly 2 million likes, which is a massive following for such a niche page. They also have an Instagram for these photos, which has 175,000 followers. Police can’t even seem to take care of the dogs that are their own responsibility.

The use of dogs in police business is inhumane both for the animals, and the suspects who they are often unleashed on. Our society shuns animal abusers and people who raise dogs specifically for fighting, and rightfully so—but how are police dogs any different than an attack dog that a street gang breeds to be as aggressive as possible, for the purpose of winning money in dogfights and intimidating rivals?

In many cases, these animals are often treated as nothing more than disposable weapons by the police officers who are in charge of caring for them. In fact, it is sadly common for officers to get accused of animal cruelty for abusing or neglecting their dogs.

In May, the training director of the K-9 Training Academy in Macon County, Illinois, threatened that police departments throughout the state may have to euthanize drug dogs if marijuana is legalized because they were trained to be aggressive anti-social.

If any other organization was caught treating animals like this on such a regular basis and were admittedly raising them to be aggressive, there would be massive public outrage and calls of animal abuse, but the police are allowed to be abusers so situations like this are often overlooked or ignored.