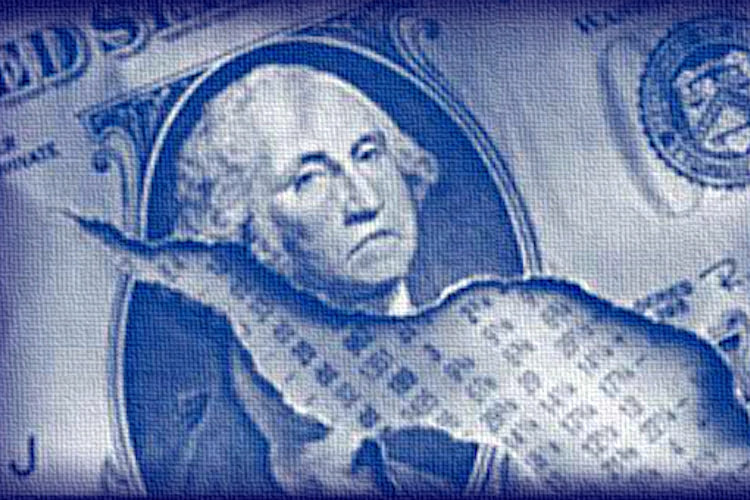 In March of 2018, the U.S. national debt topped $21 trillion dollars, and now the average debt liability for an individual taxpayer is projected to be $161,022 by 2019. This means that every American taxpayer pretty much owes the government a house, when you consider that the median house price is around $200,000.

That’s right, even your happy, bubbly one-year-old future taxpayer, who is too new to the planet to have any idea what any of this means, will owe someone else a house by the time she’s old enough to get a job.

At present, even though the government is collecting record high individual income taxes, the debt continues to rise, as do taxes, fees, permits, regulations, and government sponsored extortion of citizens. This doesn’t bode well for the average American.

“With the debt per taxpayer as high as it is, if the government continues to raise taxes on middle income earners and above, it will become increasingly difficult for many of these individuals to preserve their standard of living. This will result in a reduction of wealth that spans the entire income spectrum, excluding perhaps the super-rich.” [Source]

Remarkably, at the same time the debt hit $21 trillion, others were noticing that the publicly available number of unaccounted for, or lost or stolen, taxpayer dollars is also now at $21 trillion. Most of this seems to have gone missing from the Pentagon.

Forbes magazine published an article on this in December of 2017, noting how year after year the defense department’s annual financial reports include insane sums of money that goes unaccounted for in the form of unsubstantiated adjustments. That is, faulty reporting, something which would land an ordinary person in jail for tax evasion.

“..data used to prepare the year-­end financial statements were unreliable and lacked an adequate audit trail. The report indicates that just 170 transactions accounted for $2.1 trillion in year—end unsupported adjustments.  No information is given about these 170 transactions.  In addition many thousands of transactions with unsubstantiated adjustments  were, according to the report, removed by the Army. There is no explanation concerning why they were removed nor their magnitude.” [Source]

Former U.S. Congressman Ron Paul recently posted about the missing money phenomenon, noting that most of this astronomical amount of money is the result of out of control military spending.

Looking at this situation in layman’s terms, there’s a criminal on the block, one that everyone knows but is afraid to confront, who steals from everyone in the neighborhood again and again. And it’s gotten to the point where the criminal is free to act with impunity, stealing ever greater amounts from his neighbors.

There is no one who can help. The police won’t do anything because they are paid off by the criminal. The criminal is well-armed because he doesn’t follow the same gun laws that the neighbors have to adhere to. He regularly flaunts his weapons and threatens anyone who looks at him wrong.

There is nothing the neighbors can do about it, and the criminal knows this and becomes more and more brazen as time goes by. And the criminal lives a life of luxury and ease, while the neighbors have to work harder and harder to recover from their ever-increasing losses.

While the neighbors are all honest, good, hard-working people, desperation is slowly sinking in and in time the situation will become volatile and very dangerous.

In other news, the IRS has recently been granted the power to withhold passports from citizens who owe back taxes in the amount of $50,000 or more. This could be some 362,000 people, according to Time magazine, who face the prospect of internal imprisonment for doing something the government itself does, but at a tiny fraction of the scope.

“The State Department says that violators who do not resolve their tax issues before applying for a passport will have their application delayed or denied. Meanwhile, people with seriously delinquent tax payments who have already applied for a new U.S. passport will not have a new passport issued to them until they have resolved their tax issues with the IRS.” [Source]

This is something that doesn’t seem to register on the public mind, and as long as Americans are more interested in allowing themselves to be divided and conquered by the media, we can only expect for the national debt crime to exacerbate.